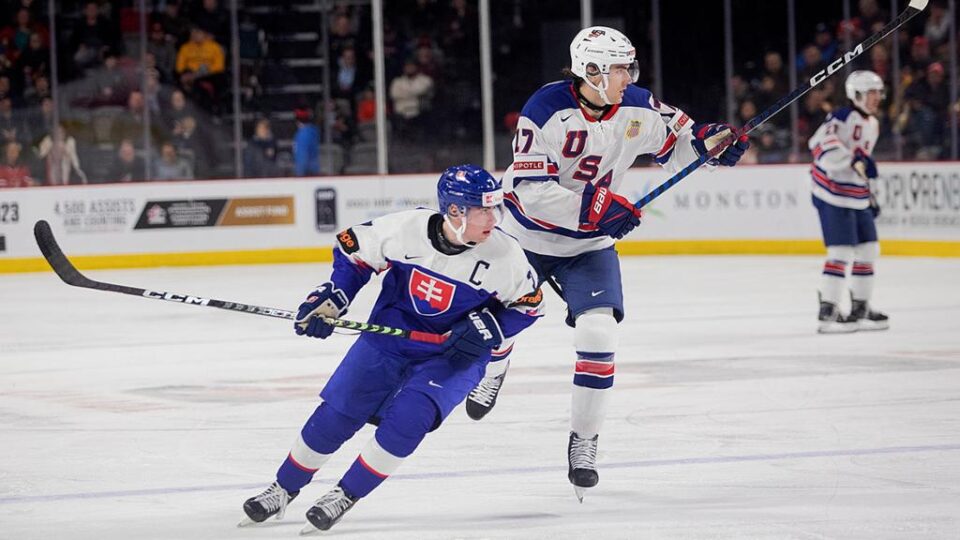 Wednesday is the third day of the 2023 IIHF World Junior Championship, which is being held at Scotiabank Centre in Halifax, Nova Scotia, and Avenir Centre in Moncton, New Brunswick.

“I think it’s cool, there’s obviously some pretty good names on that list,” Bedard said. “But it’s good to get the win and I got a couple pretty lucky ones, so it was just one of those nights.”

“We started the game right away from the first puck drop,” Wright said. “We were really solid and getting in on the forecheck and we were playing good defensively as well. That was definitely something we wanted to clean up, and I’m just really happy with the effort.”

Canada rebounded after losing 5-2 to Czechia on Monday.

Slovakia 6, United States 3 — Slovakia scored three goals in a span of 3:19 of the second period for its first win in Group B at Avenir Centre.

Peter Repcik had a goal and an assist, and Simon Nemec (New Jersey Devils) had three assists for Slovakia (1-0-0-1). It was Slovakia’s first win against the United States in the World Juniors since a 3-2 preliminary-round victory on Dec. 28, 2017; the U.S. won eight of the previous nine games.

“I just think in general we played too loose and were giving up too many odd-man rushes,” U.S. coach Rand Pecknold said. “We’re nonchalant about defending and we need to get better. We found a way to win on Monday (5-2 against Latvia) and did not tonight. I thought their goaltender was outstanding; he was the best player on the ice, but that’s the game of hockey. We got to defend better and be in a better mode to win games 2-1 and 3-2.”

Libor Nemec gave Slovakia a 1-0 lead at 2:14 of the first period on a shot from the slot.

U.S. forward Kenny Connors (Los Angeles Kings) received a game misconduct for boarding Slovakia defenseman David Natny at 17:34 of the second. Natny (2023) did not return to the game.

Repcik made it 5-2 when his breakaway deflected off the skate of U.S. defenseman Luke Hughes (Devils) at 10:46 of the third period.
Boucher scored a power-play goal with the goalie pulled for a 6-on-4 advantage at 15:08 to make it 5-3.

Tua Tagovailoa back in the concussion protocol: Miami QB ruled out for Week 17