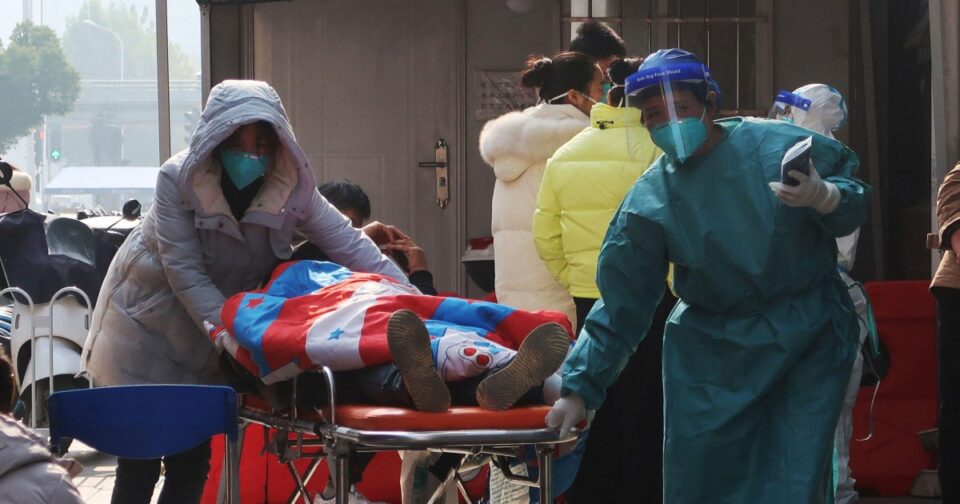 China’s Covid peak is still ahead, and because severe disease takes time to develop the full impact of the outbreak may not be clear for a while, especially among older people, said Dr. Siddharth Sridhar, a clinical virologist at the University of Hong Kong.

“It’s usually the younger, more mobile population that gets infected first,” he said. “Then it goes into nursing homes, and that’s where it does most of its damage.”

Sridhar, Owens and many other experts say that “zero-Covid” was the right strategy for China early in the pandemic, when vaccines were not available. But the country struggled to move away from it in large part because of the low vaccination rates among its older population, and then lifted restrictions all at once after the protests. Without a controlled transition, there was no time to increase vaccinations, strengthen critical care infrastructure or expand the availability of antiviral treatments like Paxlovid.

The result will be deadly, according to Sridhar.

“That means that there is going to be basically a very large outbreak, a lot of suffering, a lot of loss of life,” he said.

Wuhan resident Xie Zhicong said he and everyone in his family, aside from his grandmother, had been infected.

Xie, a 25-year-old salesman, said it was difficult to see a doctor when he went to a hospital for an examination last week.

“There were no doctors or nurses, because they all had positive symptoms,” he said.

The hospital that Xie visited did not respond to requests for comment on his claims. A pharmacist reached at a different Wuhan hospital declined to comment on the record.

People who have recovered, Xie said, are looking ahead to life after three years of “zero-Covid” restrictions.

“Some of my friends are already buying tickets for a Lunar New Year trip to Thailand,” Xie said, referring to China’s biggest holiday of the year, which in 2023 falls on Jan. 22.

Travel services companies say international flight bookings on their websites have surged since China said on Tuesday that it would resume issuing passports for tourism for the first time since the start of the pandemic.

Though many countries in places like Southeast Asia and Europe are eager for the return of high-spending visitors from China, which was the world’s biggest outbound tourism market before the pandemic, some of the top destinations for Chinese travelers — including the United States, Japan and South Korea — have made Covid testing mandatory for arrivals from the country.

Chinese state media have criticized the restrictions as “discriminatory,” while the European Union’s health agency said Thursday that additional measures for travelers from China were “unjustified.” GISAID, a public database based in Germany, said this week that analysis of the latest genomic sequencing data shared by Chinese health officials showed that the variants in China closely resemble those already circulating globally.

Though China is experiencing a massive outbreak much as it did at the start of the pandemic, once it’s over the virus won’t have many places left to go, Sridhar said.

“This might be the pandemic’s last act in a way.”

Jennifer Jett is the Asia digital editor for NBC News, based in Hong Kong.

10 Places to Get Scrapbooking Supplies for Your Business

How Russia Is Surviving the Tightening Grip on Its Oil Revenue