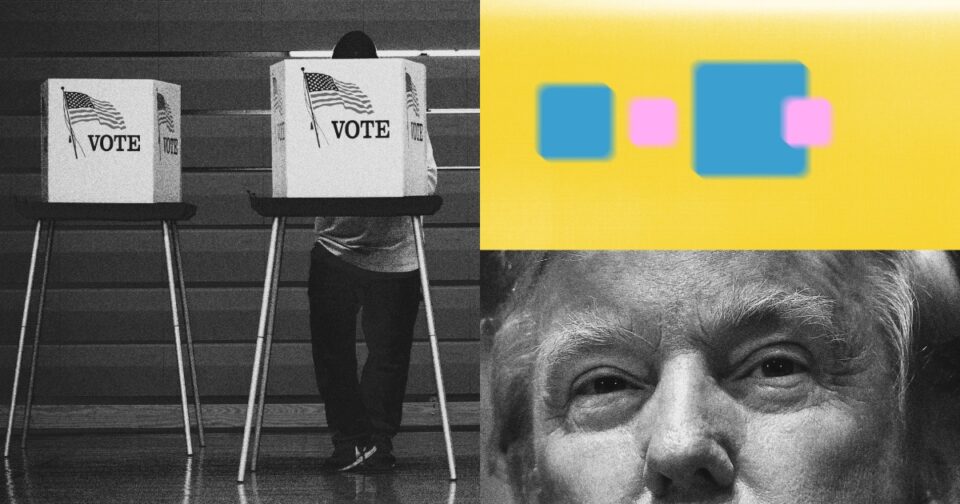 2022 was bad — but it could have been worse. This essay is part of an end-of-the-year series looking at the silver linings.

In the current political climate, it’s too soon to think our democracy is no longer under threat, but after this year’s midterm results, we can celebrate that predictions of its demise were premature.

There were plenty of reasons to think it would die, particularly in a midterm election year after the Jan. 6, 2021, attack on the Capitol inspired by the former president’s refusal to concede a free and fair election he lost and his amplification of the “big lie” that has falsely convinced millions of Americans, mostly Republicans, that our election system is rigged. That led hundreds of election deniers to run for offices across the country in 2022.

Some questioned whether the American people would be motivated enough by the intangible, largely esoteric concept of defending democracy to overcome the political headwinds of the economy, inflation and an unpopular president.

Conventional political wisdom says midterms are usually referendums on the person in power in the White House and the party controlling Congress. But in 2022, American democracy became an issue outside the political norm for voters’ consideration. Some questioned whether the American people would be motivated enough by the intangible, largely esoteric concept of defending democracy to overcome the political headwinds of the economy, inflation and an unpopular president to stop what should have been a wave election for Republicans.

Clearly, they were. States like Georgia and Michigan set turnout records, and for the third election cycle in a row, we saw increased Gen Z and millennial voter engagement affect races across the country, mostly in favor of Democrats. Add the exponential increase in female voter participation post-Dobbs, and you can see how democracy emerged as the big winner of 2022.

But it wasn’t just the outcome of the election that signaled that our democracy was still holding on in 2022. It was the fact that the outcomes of races went largely unchallenged. That’s no small feat, considering that over 300 candidates baselessly denied the outcome of the 2020 presidential election. Many threatened not to accept election results if they lost. Thankfully, the majority of them did, with the exception of professional election deniers like Kari Lake, who lost the Arizona governor’s race to Katie Hobbs. She has vowed to continue to fight the results. Bless her heart.

In other key 2024 swing states, like Nevada, Wisconsin, Pennsylvania, Georgia and Michigan, voters rejected some of the highest-profile election deniers and extremist candidates for offices like secretary of state and governor, which directly affect the administration and certification of elections. With the defeat of election deniers and conspiracy theorists and their acceptance of those results, the threat of a constitutional election crisis in 2024 greatly diminished.

President Joe Biden took a political risk by defining the midterms as a referendum on democracy and the contrast between Republicans and Democrats on that issue. In his final speech before the election, Biden minced no words. He called out the dangerous rise in violent political rhetoric fueled by Donald Trump’s election lies and the silence of Republicans in not fully condemning it. He rightfully warned that if the forces behind the subversion of our electoral system were successful, the results could be catastrophic for America.

“That is the path to chaos in America. It’s unprecedented. It’s unlawful. And it is un-American,” he said.

Thankfully, Biden’s challenge to voters to make the future of our democracy an important part of their voting decisions worked, and election chaos didn’t materialize — this time.

Not since the tumultuous political climate of the 1930s has American democracy faced such a perilous era. The merits of democracy and subsequent threats to it were heavily debated both at home and abroad back then, as they are today. Sinclair Lewis’ famous 1935 dystopian novel, “It Can’t Happen Here,” served as a cautionary tale. Trump’s attempts to overturn the 2020 presidential election and the violence on Jan. 6 remind us it could happen here.

That reality seemingly changed the paradigm in 2022.

Indeed, the Jan. 6 hearings served as a wakeup call for American voters. So did the Supreme Court’s Dobbs decision infringing on the bodily autonomy of women. Those two events highlighted why defending democracy, both literally and figuratively, really mattered in a tangible way.

Politics is no stranger to overused clichés. “This is the most important election of our lifetime” is often one of them. But since the stunning election of Trump in 2016, each election truly has become more important than the last. The shock and assault on our democratic norms, institutions and ideals, courtesy of Trump’s and the Republican Party’s craven political embrace and enabling of it all, have put the defense of democracy at the forefront.

Democracy is a decision, and in 2022, the American people chose to protect it. But democracy doesn’t defend itself. It requires steadfast commitment and vigilance. So far, America has answered the call. Let’s keep it going.

Tara Setmayer is a resident scholar at the University of Virginia Center for Politics and a senior adviser at the Lincoln Project. She is a former GOP congressional communications director.

Risk of a dangerous new Covid variant in China is ‘quite low,’ U.S. health expert says