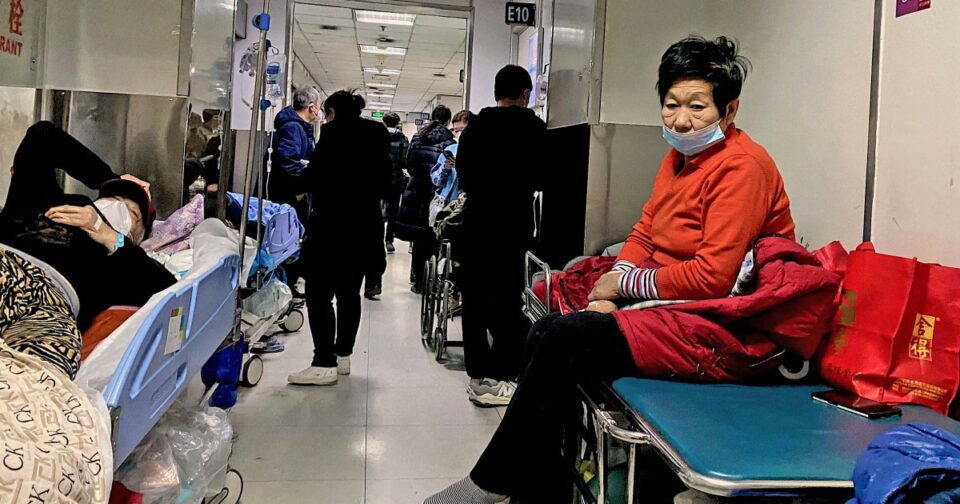 A new antiviral pill for Covid was found to be as effective as Paxlovid at curbing mild to moderate illness among people at high risk of severe disease in a Phase 3 trial in China.

The results, published Wednesday in The New England Journal of Medicine, suggest that the treatment had fewer side effects than Paxlovid, the go-to antiviral for high-risk patients. Around 67% of people who took the experimental pill, called VV116, reported side effects, compared to to 77% who took Paxlovid.

The new pill was also less likely than Paxlovid to cause unexpected side effects due to reactions with other medications, such as those for insomnia, seizures or high blood pressure.

“You have a medication that looks to be just as good as Paxlovid, but less cumbersome,” said Dr. Panagis Galiatsatos, an assistant professor of medicine at Johns Hopkins Medicine in Baltimore.

VV116 is similar to the antiviral remdesivir, which the Food and Drug Administration has approved as an IV infusion. But the team behind the new drug — pharma companies Junshi Biosciences and Vigonvita Life Sciences — tweaked the formula so that the body can absorb it in pill form, said Dr. Peter Gulick, an associate professor of medicine at Michigan State University. Gilead Sciences, which developed remdesivir, is testing a similar oral version of its drug.

Gulick said people who have received intravenous remdesivir thus far have not seen their symptoms rebound in the days or weeks following the treatment the way people have with Paxlovid.

In the trial of VV116, more than 380 people took the experimental drug, while a similarly sized group took Paxlovid. Both treatment courses lasted five days.

The median time to recovery — defined as no Covid symptoms for two consecutive days — was four days for VV116 recipients and five days for those who took Paxlovid. After four weeks, around 98% of all participants had recovered, and no one developed severe Covid.

When it comes to specific side effects, around 26% of the trial participants who took Paxlovid said it altered their sense of taste — food tasted sour, sweet, bitter or metallic — but just 4% of people who took VV116 reported that experience. Although some people in both groups had elevated levels of triglycerides (fat in the blood that can increase the risk of heart disease or stroke), a smaller share of those in the VV116 group saw that effect: 11% compared to 21% of participants who took Paxlovid.

That reduced likelihood of side effects is “a big deal,” Galiatsatos said.

Three-quarters of the trial participants were vaccinated, though the study found consistent results regardless of vaccine status.

U.S. medical experts said it will be important to study the pill in a larger, more diverse group. Such trials could better catch rare side effects and examine how the drug holds up against newer omicron subvariants that have emerged since the study period.

Galiatsatos said the FDA is likely to ask for more data before considering emergency authorization.

But he added that the pill seems promising: “It looks like we might have another tool in the toolbox.”

Filling a gap in Covid treatments

Antiviral drugs are designed to stop a virus from replicating. Because they don’t spur an antibody response the way vaccines do, the effectiveness of antivirals is less sensitive to changes in the coronavirus as new variants and subvariants evolve, according to Gulick.

“This whole group of agents is going to be very important for the future,” he said.

Besides remdesivir, the FDA has granted emergency authorization to two antiviral pills: Paxlovid and molnupiravir. The National Institutes of Health recommends Paxlovid, with molnupiravir as an alternative in situations when neither Paxlovid nor remdesivir is available or appropriate.

Paxlovid, though effective at preventing severe disease, comes with a few drawbacks. It contains a medication called ritonavir, which can cause liver damage — mostly in patients with pre-existing liver problems — and it can have negative interactions with other drugs like statins or heart medications.

“A lot of medical providers were very hesitant in using Paxlovid in many patients because they were concerned about the drug-drug interactions,” Gulick said.

Many patients at the highest risk of severe Covid are on multiple drugs, he added.

“Paxlovid is still a great drug, but there’s a variety of reasons to keep it from truly reaching everyone that it needs to,” Galiatsatos said.

Experts are hopeful that VV116 could fill some of these gaps, assuming it performs well in larger studies. Standard Phase 3 drug trials involve up to 3,000 participants, according to the FDA. Paxlovid’s late-stage trial included more than 2,200 people.

“Rare side effects you’re only going to pick up when you launch into a bigger population,” Galiatsatos said. “It’s like playing the lottery: 1 in 100 aren’t going to win, but one in a million will, because you increase your odds of seeing a rare event occur.”

Opinion | Cities are experimenting with free buses. So far, so good.