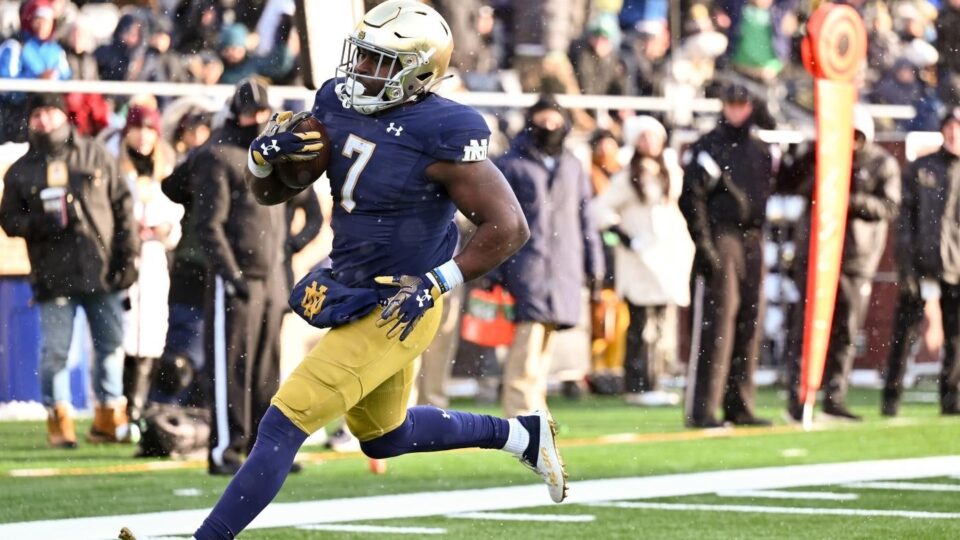 The No. 21 Notre Dame Fighting Irish face an intriguing opponent in the 2022 Gator Bowl on Friday afternoon. The Irish take on the No. 19 South Carolina Gamecocks at TIAA Bank Field in Jacksonville. Both teams are 8-4 this season after strong finishes. Notre Dame is 5-1 in the last six games, with South Carolina posting a 7-2 mark over the final nine games. South Carolina cornerback Cam Smith and Notre Dame defensive end Isaiah Foskey are among the NFL prospects who have opted out of this matchup.

Caesars Sportsbook lists the Fighting Irish as 4.5-point favorites for this 3:30 p.m. ET kickoff. The total number of points Vegas thinks will be scored, or the over/under, is 51 in the latest Notre Dame vs. South Carolina odds. Before making any South Carolina vs. Notre Dame picks, you need to see the college football predictions and betting advice from SportsLine’s advanced computer simulation model.

The SportsLine Projection Model simulates every FBS college football game 10,000 times. Over the past six-plus years, the proprietary computer model has generated a stunning profit of almost $2,500 for $100 players on its top-rated college football picks against the spread. Anyone who has followed it has seen huge returns.

Now, the model has set its sights on Notre Dame vs. South Carolina and just locked in its picks and Gators Bowl 2022 predictions. You can head to SportsLine now to see the model’s picks. Now, here are several college football odds and betting lines for South Carolina vs. Notre Dame:

Why Notre Dame can coverNotre Dame’s defense is sound and the Irish are also in a favorable position on offense in this matchup. The Fighting Irish average 30.7 points per game, and Notre Dame had nearly three times as many touchdown passes (22) as interceptions (eight) this season. Notre Dame is very solid on the ground, with a pair of rushers producing more than 700 yards, and the Fighting Irish average 4.5 yards per carry and 182.8 yards per game.

Notre Dame’s pass protection is elite, giving up only 19 sacks in 12 games, and the Irish are above-average on third down with a 45.9% conversion rate. South Carolina ranks second-worst in the SEC in rushing defense, giving up 192.4 yards per game and 4.9 yards per game, and the Gamecocks gave up 27.5 points per game during the 12-game regular season. South Carolina’s offense was clicking at the end of the season, but the departure of running back MarShawn Lloyd, RB/tight end Jaheim Bell and others via the transfer portal could slow that momentum.

Notre Dame is operating without its starting quarterback in Drew Pyne and high-level tight end Michael Mayer (NFL opt-out), with Tyler Buchner likely getting the start under center. Buchner is 0-2 as a starter this season, completing only 56% of passes and averaging fewer than 190 passing yards per game. With South Carolina leaning on an elite passing connection with Rattler and Antwane Wells Jr., the Gamecocks are better-suited for a shootout if this game trends in that direction.

How to make Notre Dame vs. South Carolina picksSportsLine’s model is leaning Over on the point total, with neither team projected to generate 225 passing yards. The model also says one side of the spread hits in well over 50% of simulations. You can only see the model’s pick at SportsLine.

Stetson Bennett never should have been Georgia’s QB1, but he thrived anyway