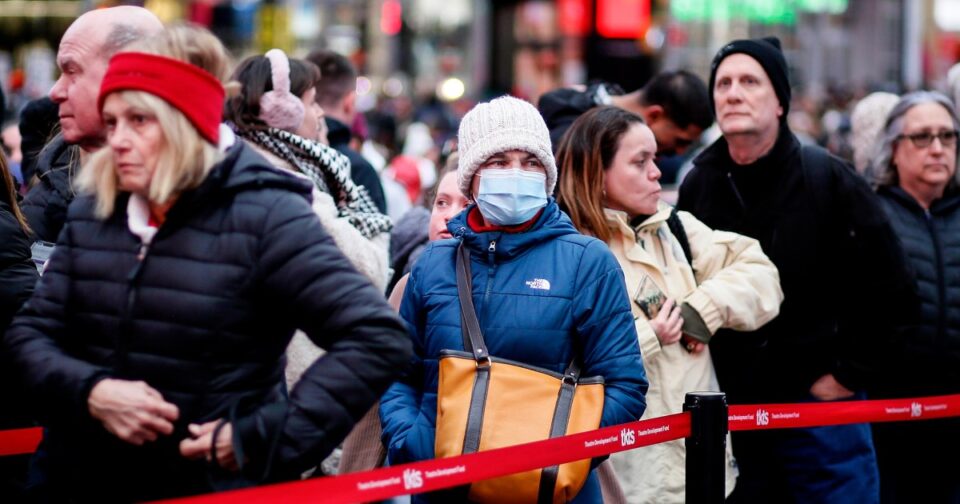 The Centers for Disease Control and Prevention reported Friday that, while flu is still spreading at high levels, virus activity is falling in “most areas.” For the week ending Dec. 24, around 18,800 people were hospitalized with flu, down from around 20,700 hospitalizations the week prior.

As of Thursday, data from the Department of Health and Human Services showed that pediatric hospital beds nationwide — which include children hospitalized with Covid, RSV or flu, among other illnesses — were 66% full, down from 69% a week ago.

“We anticipate that flu at the very least is going to kick up after all this traveling and all of these holiday get-togethers,” he said.

The dip in flu activity could also be the result of a reporting lag over the holidays, Schaffner added.

So far this season, at least 20 million people in the U.S. have been infected with flu, according to the CDC. About 13,000 have died. Of the samples reported to the agency, about 83% are the H3N2 strain of influenza A. The remaining are H1N1, another influenza A strain. Both can cause severe illness.

Covid, however, is bucking the trend.

Still, the number of Covid hospitalizations aren’t expected to reach the level they did last winter, when the original omicron variant, called BA.1, began to spread rapidly, said Dr. Isaac Bogoch, an infectious diseases physician at the University of Toronto.

He said a combination of population immunity — from either prior infection, vaccination or both — and a string of new variants that appear to be less virulent have made the virus less of a threat this winter.

Even if another new variant emerges that is more resistant to vaccines, he said, Covid still shouldn’t cause as much of a disruption as it has in prior years.

“The hope is that it becomes less and less impact on health care systems and communities,” Bogoch said.

People can protect themselves by wearing a well-fitted mask and avoiding large, crowded settings, Schaffner said.

The CDC recommends up-to-date Covid vaccines for everyone ages 6 months and older, as well as annual flu shots. There isn’t a vaccine for RSV yet.

Berkeley Lovelace Jr. is a health and medical reporter for NBC News. He covers the Food and Drug Administration, with a special focus on Covid vaccines, prescription drug pricing and health care. He previously covered the biotech and pharmaceutical industry with CNBC.

The State Of PlayStation In 2022