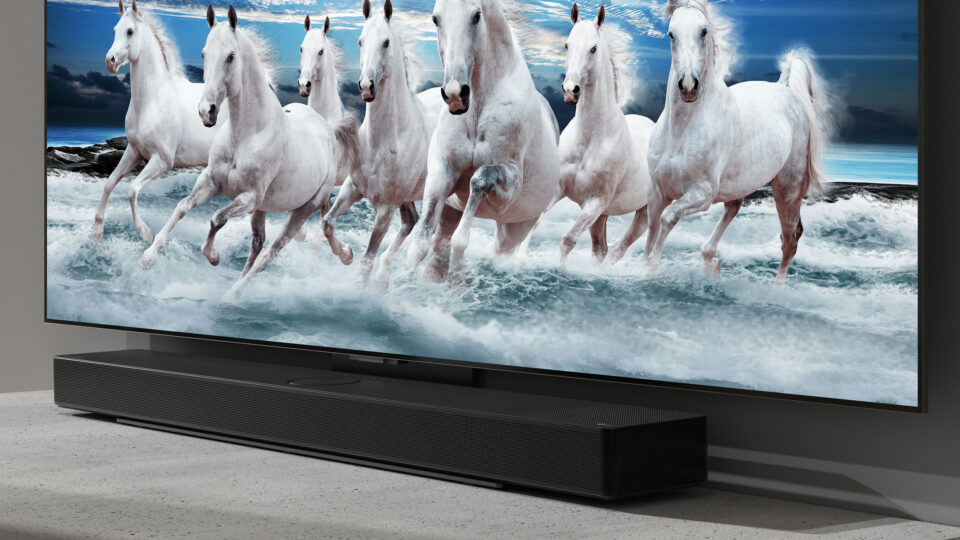 LG has announced that it will unveil its new 2023 range of TVs during its CES 2023 exhibition. However, it has revealed that it has prepared new soundbars as the “perfect match” for these upcoming big-screen devices. Their combination is touted to result in powerful new features such as a WOW Orchestra soundstage.

LG has announced that it has soundbars to introduce at CES 2023, designed to blend in perfectly with its latest TVs in terms of their “sophisticated, minimalist” design. The OEM has also revealed the new audio accessories are to be unleashed with first-gen Triple Sound Technology.

This involves the integration of world-first Triple Up-Firing Speakers in the SC9 and SE6 soundbars, continuing this new theme with Triple Level Spatial Sound Technology and the new Triple Sound Optimizer. LG asserts that they will combine to fill a given media room with “AI Sound Pro“-enhanced sound.

Then again, LG also intimates that they would perform even better with one of their matching TVs, thanks to the new WOW Orchestra feature that picks out every channel available to both devices to transform them into a “soundstage” with optimized breadth, width and depth.

The SC9 and SE6 are also tipped to come with LG’s WOWCAST for wireless pairing with first-party TVs, as well as Dolby Atmos and “IMAX enhanced quality powered by DTS:X“.

Buy an LG S75Q on Amazon

The Crucial Business Strategy All Leaders Must Master to Be Successful

This New VR Technology Could Change The Future Of Cancer Treatment