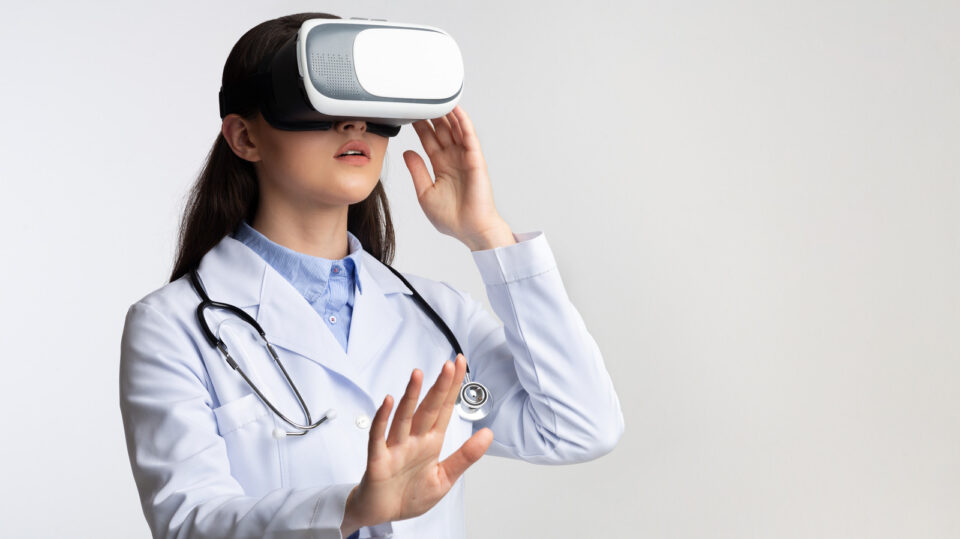 Mention virtual reality (VR) and people will either think of the relatively recent surge in the popularity of VR gaming or Mark Zuckerberg’s deep desire to cram us all into his Metaverse. But VR actually has some very broad applications. Architects and real estate agents have been using it to show clients prospective homes, NFT enthusiasts are using it as a way to drag their digital art into a kind of reality, and now researchers are using it to improve cancer treatment. Several cancer charities, Cambridge University, and some video game designers have teamed up to work on a new approach to how doctors treat cancer.

While VR’s mainstream appeal certainly lies with people who want to cram screwdrivers into the side of zombies’ heads or stand face-to-face with Darth Vader, the medium has some very unique applications. It is deeply immersive and allows users to view objects in full 3D. Beyond that, you also have the ability to move around in the VR space, so you can view an object from any number of angles.

The actual laws of physics don’t really apply either, so you can set the rules of the VR universe to reflect your needs. From an architect’s point of view, this could mean they’re presenting a small but detailed view of a house to their clients that will allow them to take in the whole thing at once. With the press of a button, that model could become full-sized, and the clients could walk around a home that hasn’t actually been built yet. These properties are also what make VR a potential game-changer in the world of medicine, and not just as a way to distract patients from their pain.

Doctors can see tumors differently thanks to VR

Tumors are highly complex growths, which is what makes cancer surgery so difficult. However, using VR, doctors may be able to explore digital versions of a patient’s tumor instead of relying on a chart or X-ray of the disease. Speaking to ITV News, the lead video game designer at Cambridge University’s IMAXT Laboratory, Own Harris, said: “It’s so much easier to notice differences, to notice features, to notice peculiarities when you’re actually in a thing than when you’re looking at a spreadsheet or a photograph. You can see how a certain type of cell might be beside a blood vessel, or a milk duct and that might be important for the future prognosis of a patient.”

The tumors are displayed as a “colorful matrix of dots” within the VR program. There are different kinds of cancer cells, and the individual colors allow doctors to differentiate between them and other kinds of tissue present in the area. As doctors will have a new perspective and the ability to interact with the model, they may be able to make more accurate diagnoses and recommend a better course of treatment than they can with standard methods. Funding for the program came from two prominent cancer charities, Cancer Research U.K. and the United States-based National Cancer Institute through their joint funding platform Cancer Grand Challenges.