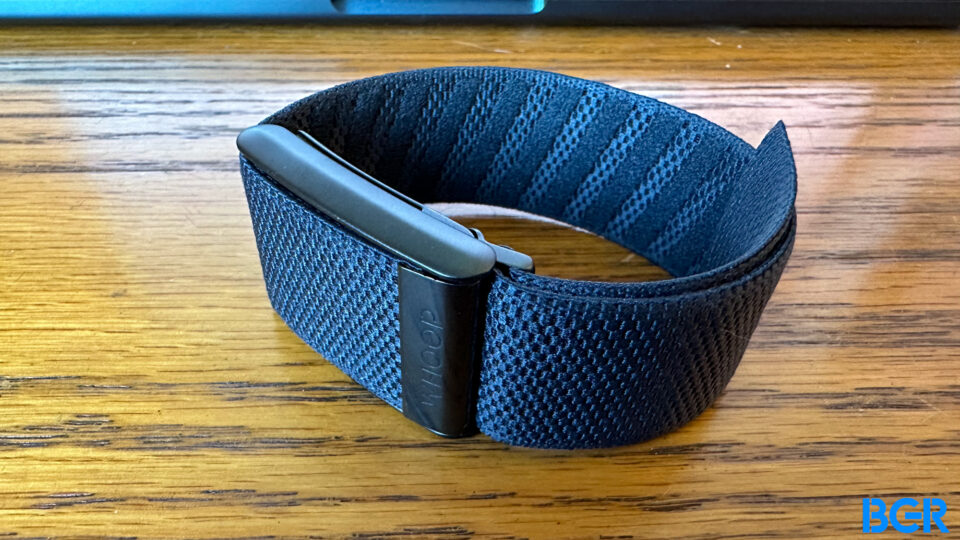 Fitness tracking is now a relatively mature market, with devices like the Apple Watch and those from Fitbit being easily the most popular. But with Fitbit now owned by Google, there’s room for a great third-party fitness tracker that offers advanced tracking and works with a range of platforms. Oura had been trying to fill that gap, and with success. But it’s not the only player out there. Enter Whoop.

Whoop is now on its fourth-generation fitness-tracking band, called the Whoop 4.0. It’s built to offer advanced fitness tracking at a reasonable price, and it works with your iPhone and Android phone.

The Whoop 4.0 fitness tracker offers some nice design touches and helpful analysis — but you’ll pay for it.

BGR may receive a commission

BGR may receive a commission

The first thing to notice about the Whoop 4.0 is its design, and it’s not the fanciest-looking wearable out there. I mostly wore the device with the basic black band that it came with, and thankfully you can change the band — but still, don’t expect a super premium-looking device. Thankfully, you don’t even have to wear it as a band if you don’t want to — the tracker can be inserted into a bra, swimsuit, or boxers.

Despite the slightly basic design, the Whoop 4.0 does have some neat design tricks to it. The clasp, for starters, makes it easy to remove and put on the band when wanted.

To be clear, I don’t mind taking off a wearable every now and then. Usually, I take my Apple Watch off while I shower and get ready in the morning, and that’s enough to put it through the day. But those who absolutely don’t want to take their Whoop 4.0 off won’t have to — something that’s especially handy given the fact that it doesn’t charge all that quickly.

More important than the design is what’s under the hood. The Whoop 4.0 offers a range of sensors to help give you a complete picture of your overall fitness. But don’t expect the same fitness metrics that you’ll get from other fitness trackers.

For example, the Whoop 4.0 doesn’t track things like steps. Instead, it tracks your cardiovascular strain, recovery, and sleep. It does this through a range of sensors, and delivers all that information through the app, which is built to make things more bite-sized and approachable. We’ll get into the app a little more later.

With the sensors built into the tracker, you’ll get things like average heart rates and heart rate variability, along with the number of calories burned, and your respiratory rate. It’s a good selection of metrics, as long as you go into it knowing that you won’t get things like step counts.

Perhaps one of the best things about the Whoop 4.0, as opposed to a traditional smartwatch like the Apple Watch, is the battery life. Now, don’t get me wrong — you’re not going to get the multi-day battery life that you might get from some fitness trackers. But you’ll still be able to squeeze four or five days of use out of the device before you need to recharge it.

While the tracker itself is sleek and stylish, the real power of Whoop comes from the app. In the app, you’ll be able to keep track of your strain, recovery, and sleep metrics, and all of those are broken down into sections that are easy to understand. And, the more you use the tracker, the more information you’ll unlock.

The app is neatly organized into a few different sections, and it’s easy to switch between each tab. Within the home tab, you’ll get…more tabs. This is where you’ll be able to switch between seeing an overview of your data, strain, recovery, and sleep. I generally spent most of my time here in the home tab, which is where you’ll see everything that the device has tracked, and be able to dive into the different information.

The app can also integrate with third-party services, like Apple Health. Whoop can write information like your blood oxygen, heart rate, respiratory rate, and sleep, meaning that you can see all of that data alongside all of the other data that you collect in Apple Health.

The Whoop 4.0 is a great fitness tracker, but you’ll pay to get it. Instead of buying the device upfront, Whoop charges a monthly subscription, and it is not cheap. At $30 per month or $300 per year, you’re paying a similar price to other fitness trackers — but every year. Most people don’t upgrade their trackers every year.

The Whoop 4.0 is an excellent fitness tracker, but you’ll have to pay high prices to get it. The tracker itself is relatively sleek and stylish, and there are some neat touches, like the way it charges. And, the app allows you to get a good look at certain health metrics and offers helpful coaching, too — which is more than many competitors can say.

The biggest competition comes from devices like the Apple Watch or Fitbit’s slate of fitness trackers. I prefer the upfront payment of the Apple Watch to an ongoing subscription, but I do like the coaching and analysis that Whoop does. That’s an area where Apple could seriously improve.

Yes, but only if you’re willing to pay an ongoing subscription.