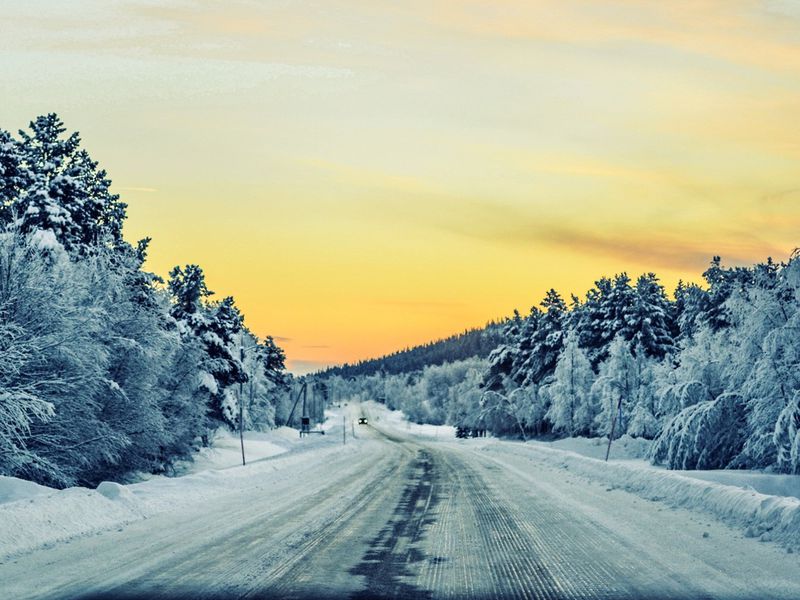 The mining industry started 2022 off strong with what seemed like ample capital to expand, but high energy prices, increasing competition for Bitcoin blocks and a bear market hit miners, knocking out those with high leverage.

The sector was shaken by bankruptcies and loan defaults, and next year will likely bring even more pain, as miners struggle to bolster their balance sheets and operations. But it will also present an opportunity for those in a position to buy assets, as well as for those that can improve their margins with new innovations.

CoinDesk spoke to some of the top executives and analysts in bitcoin mining to review past year and predict trends for 2023. Here’s what they said.

Industry participants say that lots of money was spent over the last year to boost hashrate, a measure of computing power on the Bitcoin network, but that in many cases, those investments didn’t pay off, as companies loaded up on debt to finance the growth only to see the economics of crypto mining break down.

“Many miners acted too deterministically,” projecting bitcoin (BTC) would hit $100,000 and not even considering that the price would drop below $20,000, said Juri Bulovic, head of mining at crypto mining and staking firm Foundry, which is owned by CoinDesk’s parent company, Digital Currency Group.

With falling bitcoin prices, many companies had trouble meeting their debt obligations.

“There aren’t many ways to financially materialize those plans. One either sells bitcoin, borrows debts or issues equity. When selling mined bitcoin was barely enough to cover OpEx (operating expenses), many opted for debt financing as the equity market turned cold,” said Wolfie Zhao, head of research at TheMinerMag, the data and research arm of mining consultancy BlocksBridge.

On the flip slide, lenders were too optimistic.

“Many had not been able to properly assess the risks associated with such mining rigs-backed loans given that this is the first cycle in which such loans were given out,” Bulovic noted.

Some miners saw their debt-to-equity ratio, a measure that shows a company’s financial leverage, more than triple in the third quarter, according to TheMinerMag data.

Unsurprisingly, miners that had high debt-to-equity ratios, like Core Scientific (CORZ), Greenidge Generation (GREE) and Stronghold Digital Mining have had to either file for bankruptcy or restructure their debt obligations.

Many miners also failed to hedge their risks against a falling bitcoin price.

“Bitcoin miners have much to learn from traditional commodity-producing industries like oil and gas. Instead of using financial instruments to increase their long oil exposure, oil producers hedge their exposure by selling oil futures. Hopefully, this bear market will inspire miners to decrease their bitcoin price risk through more sophisticated risk management,” Jaran Mellerud, an analyst at Luxor Technologies, a provider of bitcoin-mining services, said. Luxor opened a derivatives desk to sell hedging products to miners in October, although the idea of hedging with derivatives had already started to sow its seeds within the miners as the broader market crumbled.

TheMinerMag’s Zhao pointed out that it wasn’t only overleverage that has brought some miners to their knees, but also lack of treasury management.

“If Core had been selling half of its mined bitcoin every month and holding the rest since January 2021, it likely won’t be so troubled as it is now while still having a few K [thousands] of BTC on its balance sheet to capture the long-term upside,” he said, referring to Core Scientific, a miner that filed for bankruptcy in December.

Instead, the world’s largest miner by hashrate waited “until May when the market pain started to really kick in” to start selling its accumulated digital assets, Zhao said.

Miners that had a high proportion of debt relative to their bitcoin production have found themselves under water.

“Five of the six companies with the largest net debts per BTC mined have had some level of restructure since the second half of this year, with the exception of Marathon Digital Holdings (MARA)],” Zhao said.

Still, Jaime Leverton, CEO of Canadian miner Hut 8 (HUT), predicts the worst is yet to come in terms of capitulation and bankruptcies, particularly in the first half of 2023, and she’s not sure that relief will come in the second half.

Luxor’s Vera said he expects many companies to be taken private, saying companies can gain efficiencies by hosting and running machines.

But Fiorenzo Manganiello, founder of Cowa, a mining and venture-funding firm, said buyers may be better off just purchasing bitcoin, rather than dealing with hassles of owning and operating machines.

For the rest of the pack, the year looks like a year of survival and recovery.

“Unless we see a full-scale bull market, which I doubt we will, miners will use 2023 to strengthen their balance sheets and improve their operating efficiencies. The year’s biggest trends will be cost minimization and debt reduction,” Mellerud said.

In 2023, miners will not only have to find the best energy deals, but get creative about how they can lower their costs or bring in revenue by tweaking their power consumption and supply, industry experts say.

As margins continue to compress, miners will have to look at how they can participate in “demand response programs,” meaning selling power back to the grid in times of high demand, as well as recapturing heat from mining rigs and using stranded energy, Bulovic said. “Miners who have a real grasp on the processes, policies, regulations and technical know-how of these adjacent industries will gain an edge over the other miners,” he said.

Crypto mining is becoming a bigger part of the energy industry, and by the end of 2023, more companies will need to be vertically integrated, with their own power source in order “to maintain long-term stable operation, as the halving is just getting closer,” according to Daniel Jogg, CEO of Enerhash, a Hungary-based company that runs blockchain data centers. Halving is when the number of bitcoin mined per block drops by 50%.

Another lesson related to the importance of managing power costs is on hosting, the business model in which firms bring in revenue for owning and operating the infrastructure. “High energy prices and low bitcoin prices have been particularly hard on this model,” Zach Bradford, CEO of crypto miner CleanSpark (CLSK) said.

Compute North, the first big firm in the industry to go bankrupt, was primarily a hosting firm. Core Scientific was also losing money in its hosting business – about $10 million in the third quarter.

Mining firms like Digihost (DGHI), Greenidge Generation, and Argo Blockchain (ARBK), that relied on natural gas or the electricity grid for their power, saw their costs skyrocket in the third quarter, according to the data from TheMinerMag.

The trend of cost per bitcoin produced over the year “looks very similar to the U.S average household energy price increase this year. The average of all the major mining companies’ cost of production per BTC mined has gone up by 7% in Q3 compared to Q1,” Zhao said.

As miners try to become more efficient and bring down power costs, they might end up taking a counterintuitive path – underclocking mining machines. That’s the practice of “reducing energy consumption and total hashrate to improve energy efficiency,” which is “one of the best and most readily available technologies”to improve efficiencies and control costs, Ben Gagnon, chief mining officer at Canadian miner Bitfarms (BITF), said.

Nascent technologies like immersion and hydro cooling are also becoming more popular, but it is uncertain whether miners will deploy them at scale in the future because of cost concerns.

Immersion cooling entails submerging mining machines in a tank of fluid, whereas hydro cooling entails a new generation of mining rig, which are heavily promoted by Bitmain, the world’s largest mining machine equipment manufacturer. Hydro machines have tubes placed close to the chips. Fluids go through these tubes, taking heat out of the machine. These rigs require a special infrastructure to run, and often to treat the water such that it doesn’t degrade the tubes over time.

“Even though the current mining economics has disincentivized miners from experimenting with these new technologies, we do expect to still see progress being made in 2023 to advance the technology and lower costs,” Foundry’s Bulovic said.

The evolving geography of mining

The past year started with a noticeable centralization of the bitcoin mining hashrate in the U.S. In January, the U.S. accounted for about 38% of computing power on the Bitcoin blockchain, and Canada almost 7%, according to the Centre for Alternative Finance at the University of Cambridge. Next year, that trend might be broken. Luxor’s Mellerud and COO Ethan Vera both expect miners to migrate to South America, the Middle East and Southeast Asia due to availability of cheap electricity.

Hut 8’s Leverton said that this decentralization is her “hope,” given that bitcoin is supposed to be a distributed network, not aggregated in one particular jurisdiction, although she noted that political instability could be an obstacle in some countries.

Many places are concerned about bitcoin mining’s energy use and its impact on local communities, and in 2022, they started setting limits.

In the past year, New York state enacted a two-year moratorium on new bitcoin mining operations, lawmakers in the U.S. are targeting the industry’s energy use, utilities in three Canadian provinces have stopped approving new bitcoin mining connections to the grid, and a bill is under consideration in Kazakhstan that will cap the energy available to miners.

Industry experts said they don’t expect any regulation on the federal level in the U.S. or Canada in the coming year, but local or state governments might continue to place restrictions on the industry.

Gagnon of Bitfarms sees this small-scale regulation as an important testing ground for any federal laws to come in the years ahead.

Vera, however, cautioned that the moratorium set by New York state “sets a challenging precedent” for the rest of the U.S. for expansion of new mining farms. New site developments across states controlled by Democrats are likely to be targeted by regulation, he said.

Mellerud said that in Europe, the European Union regulators will be “more aggressive toward bitcoin miners in 2023.”

As the continent “struggles with its energy crisis, energy-intensive industries like bitcoin miners become natural scapegoats that regulators could target to score some cheap political point,” he said.

Love Your Business at SmallBizFluence “Find Your Freedom” Event

Workplace Trends You Need to Know for 2023