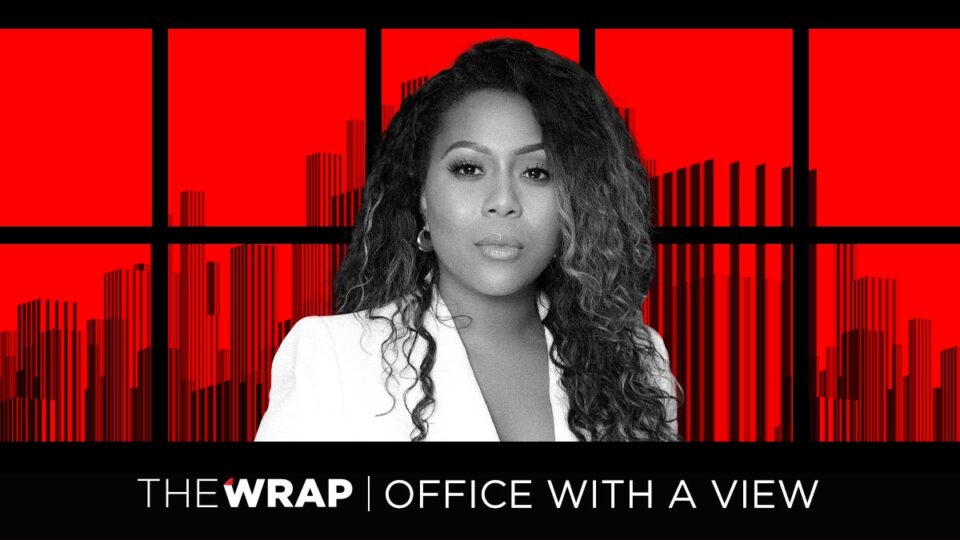 Office With a View: Thai Randolph pivoted to entertainment after realizing success at her job marketing missiles ”was going to kill a lot of people“

Thai Randolph, CEO of Kevin Hart’s Hartbeat entertainment company and co-founder of Sugaberry, an audio-first entertainment company tailored for Black women, is unusual in age-obsessed Hollywood. She’s proud to announce that she is 40 — and for a few more months still fits the demographic that landed her on AdAge’s 40 Under 40 List in 2018. In 2021, she led the launch of Women Write Now, a partnership between the Sundance Institute and Hartbeat to develop the next generation of Black women in comedy.

Other recent accolades include being named to Entrepreneur’s Women of Impact list, Cynopsis’ It List and Multichannel News Wonder Women in Streaming “Women to Watch.” Hartbeat is the product of the April 2022 merger of Hart’s two companies Hartbeat Productions and Laugh Out Loud into a single comedy-minded entity.

Become a member to read more.

Earlier in a career that began in marketing, the American University graduate landed a lucrative job as a project manager (for a company she declined to name) that was focused on telecom and aerospace projects. She found herself managing the marketing of a missile system — as assignment that served as a life-changing wake up call.

“I was in [Washington] D.C. and the day finally comes, we’re going to unveil the missile system at this special event in D.C.,” told TheWrap for this week’s Office With a View. “It’s at a huge convention center with hotels, and the missile system is rolling on the show floor for the first time ever — I had never seen a missile system before. I realized that if it was a success, it was going to kill lot of people. I’m literally marketing weapons of mass destruction. I resigned shortly thereafter.”

What came next?
I moved to Atlanta to [become] head of events and fundraising for the Atlanta Film Festival… After a while, a board member who had a digital marketing agency invited me to come work for him… I have constantly been less on the ladder and more on a river that sort of flows between business and storytelling, creative and commerce.

Finally, at some point, I realized what I want to do when I grow up — I wanted to build businesses and tell stories, so I sought out experiences to do that at higher and higher levels. And now, here I am becoming CEO of an independent company and responsible for all of the business and financial outcomes, raising money from private equity, walking those halls where you don’t often see people who look like me. I get to tell stories and empower storytellers.

You were not as clear about your path when you first started out.
I grew up on a farm in South Carolina. And up until I was about 16, if you had asked me what I wanted to be, I was a bright kid in school, I would have said I wanted to be a corporate lawyer, and that was informed by watching Phylicia Rashad as Clair Huxtable [laughs]… I was an undergrad communications major and I thought I would go into journalism. But a playwriting class sort of shifted my thinking around again. I knew I wanted to tell stories… By the time I left AU, my desire was to be a screenwriter. But I’ve worked part time jobs all my life — including a first job at Taco Bell — and I was eager to make money.

With your personal approach to Hollywood success as a “river,” not a ladder, what advice would you have for a newcomer?
There’s a perception that you gotta be willing to do anything to make it to make it in this industry, but hold on to your integrity, right? The cream rises to the top. I’ve learned a lot from working so closely with Kevin Hart to have good relationships around town, and relationships are everything. At the end of the day, the person the other side of the deal, the person on the screen, the person sitting next to you, they are going through things all the time, and you never know what those things are. It doesn’t cost you anything to be kind. And the other piece I would say is keep your mind on the outcome or the destination but be very flexible about how you get there.

You have been outspoken about the importance of seeing people who look like you — and like the diverse population of the U.S. and the world — on the screen, in the executive suites and in the boardroom. Tell us about the importance of doing that through comedy.
Kevin Hart has a quote: “If we can laugh together, we can live together.” And it’s scientifically proven, the emotional, the physical and the cultural benefits of laughter, right?… If you see someone smiling, it is contagious. There is so much that divides us by our social feeds every day, farther and farther apart. Depression, anxiety, isolation is a problem globally. So the idea is to be able to smile and to create new connectivity. You know, I tell my team all the time, what we do is important — more important now than ever.

This interview was edited for length and clarity.

What is 5G? The Complete Guide to When, Why, and How