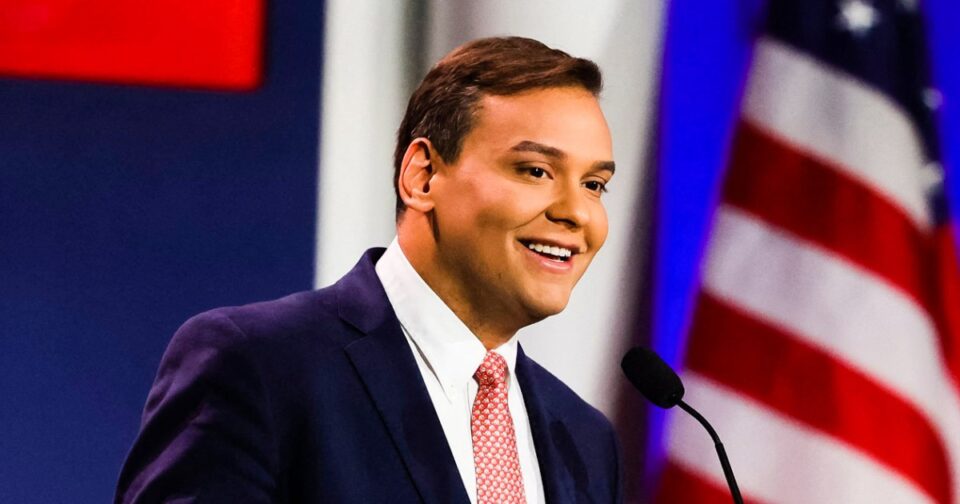 Rep. Kevin Brady, R-Texas, said Sunday that Rep.-elect George Santos, R-N.Y., should consider resigning after he admitted that he had fabricated and “embellished” several claims about his background involving his education and work history.

Santos, who made LGBTQ political history when he won the race in New York’s 3rd Congressional District in November, is set to be sworn in Tuesday when the new Congress begins. Despite increasing calls by Democrats and some GOP officials for Santos to resign or not be sworn in, the House Republican leadership has remained silent.

Brady, who is retiring from Congress, said an interview on “Fox News Sunday” that Santos would need to “take some huge steps” to regain public trust.

“This is troubling in so many ways. Certainly, he’s lied repeatedly,” Brady said. “He certainly is going to have to consider resigning.”

However, Brady said, Santos could redeem himself by owning up to his missteps.

“We’re a country of second chances,” Brady said. “And when you own up to this, then do what it takes to earn respect and trust again, you know, we’re willing to do that. So I’m hopeful, you know, he chooses the right path.”

Brady said a decision about whether Santos steps down is one “to be made between he and the voters who elected him.”

The New York Times published a bombshell investigation last month that said it was unable to substantiate many of Santos’ alleged qualifications, such as that he had worked for Goldman Sachs and Citigroup and had graduated from Baruch College.

Federal prosecutors in New York have opened an investigation into Santos over his congressional campaign. Two sources confirmed last week that prosecutors are examining Santos’ finances, including potential irregularities involving financial disclosures and loans he made to his campaign as he was running for Congress. NBC News previously reported that the probe, which a spokesperson for the prosecutors declined to comment on, has not zeroed in on any one allegation yet.

Santos is also being investigated by the Nassau County district attorney. While the focus of that probe is unclear, District Attorney Anne T. Donnelly, a Republican, said in a statement Wednesday that the “numerous fabrications and inconsistencies associated with Congressman-Elect Santos are nothing short of stunning.”

“No one is above the law and if a crime was committed in this county, we will prosecute it,” Donnelly said.

The state attorney general’s office also has said it was “looking into a number of issues” surrounding Santos but did not confirm whether it had opened an official investigation.

A representative for Santos did not previously respond to a request for comment on the inquiries, and his campaign did not immediately respond to Brady’s comments.

House Minority Leader Kevin McCarthy, R-Calif., and Rep. Tom Emmer, R-Minn., the outgoing chair of the National Republican Congressional Committee, have ignored questions from reporters about Santos and whether he should be seated.

Santos has previously tweeted that he was backing McCarthy’s bid to be speaker in a leadership fight within the House GOP, which will have only a narrow majority in the new Congress.

Summer Concepcion is a politics reporter for NBC News.