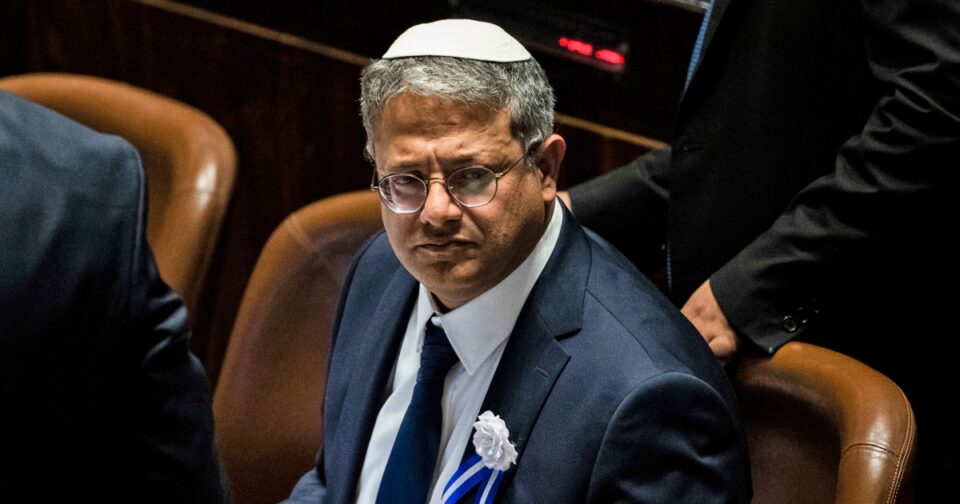 The visit is seen by Palestinians as a provocation and drew fierce condemnation from across the Arab world and rebuke from Israeli allies.

Earlier in the day, Palestinian officials said a 15-year-old boy was killed by Israeli army fire near the occupied West Bank city of Bethlehem. The Israeli military said its forces had shot a person involved in violent confrontations with soldiers.

In Jerusalem, Itamar Ben-Gvir entered the site known to Jews as the Temple Mount and to Muslims as the Noble Sanctuary flanked by a large contingent of police officers.

Ben-Gvir has long called for greater Jewish access to the holy site, which is viewed by Palestinians as provocative and as a potential precursor to Israel taking complete control over the compound. Most rabbis forbid Jews from praying on the site, but there has been a growing movement in recent years of Jews who support worship there.

The site has been the scene of frequent clashes between Palestinian protesters and Israeli security forces, most recently in April last year.

The U.S. Embassy in Jerusalem said that Ambassador Thomas Nides “has been very clear in conversations with the Israeli government on the issue of preserving the status quo in Jerusalem’s holy sites. Actions that prevent that are unacceptable.”

The United Arab Emirates, which diplomatically recognized Israel in 2020, “strongly condemned the storming of Al-Aqsa Mosque courtyard by an Israeli minister under the protection of Israeli forces.”

A Foreign Ministry statement urged Israel to “halt serious and provocative violations taking place there.” The ministry also “called upon Israeli authorities to assume responsibility for reducing escalation and instability in the region.”

Bahrain, which also recognized Israel at the same time, did not immediately acknowledge the incident.

A separate statement from Saudi Arabia’s Foreign Ministry also condemned the Israeli minister’s action, as did statements from Kuwait and Qatar, all of which don’t diplomatically recognize Israel over its occupation of lands sought by Palestinians for a future state.

The Hashemite Kingdom of Jordan, which acts as custodian of the contested shrine, condemned Ben-Gvir’s visit “in the strongest terms.” Egypt warned against “negative repercussions of such measures on security and stability in the occupied territories and the region, and on the future of the peace process.”

Ben-Gvir wrote on Twitter after his visit that the site “is open to all and if Hamas thinks that if it threatens me it will deter me, they should understand that times have changed.”

Hamas spokesman Hazem Qassem said that Ben-Gvir entering the site on Tuesday was “a continuation of the Zionist’s occupation aggression on our sacred places and war on our Arab identity.”

“Our Palestinian people will continue defending their holy places and Al-Aqsa mosque,” he said.

Ofir Gendelman, who has long served as Prime Minister Benjamin Netanyahu’s Arabic-language spokesman, released a video showing that the “situation is completely calm” at the holy site following Ben-Gvir’s departure.

The hilltop shrine is the third-holiest site in Islam and an emotional symbol for the Palestinians. It sits on a sprawling esplanade that also is the holiest site for Jews, who call it to the Temple Mount because it was the location of two Jewish temples in antiquity.

The competing claims to the site lie at the heart of the Israeli-Palestinian conflict and have sparked numerous rounds of violence in the past.

Ben-Gvir is head of the ultranationalist religious Jewish Power faction and has a history of inflammatory remarks and actions against Palestinians.

His visit came following months of mounting tensions between Israelis and Palestinians.

On Monday, the Israeli rights group B’Tselem said 2022 was the deadliest year for Palestinians since 2004, a period of intense violence that came during a Palestinian uprising. It said nearly 150 Palestinians were killed by Israeli fire in the West Bank and east Jerusalem.

The Israeli military has been conducting near-daily raids into Palestinian cities and towns since a spate of Palestinian attacks against Israelis killed 19 last spring. A fresh wave of attacks killed at least another nine Israelis in the fall.

In Tuesday’s shooting incident, the Palestinian Health Ministry said Adam Ayyad, 15, died of a bullet wound to the chest. The Israeli military said Border Police officers came under attack in the Dheisha refugee camp next to Bethlehem. It said troops shot at people throwing firebombs and confirmed that a person was shot.

The Israeli army says most of the Palestinians killed have been militants. But stone-throwing youths protesting the incursions and others not involved in confrontations have also been killed.