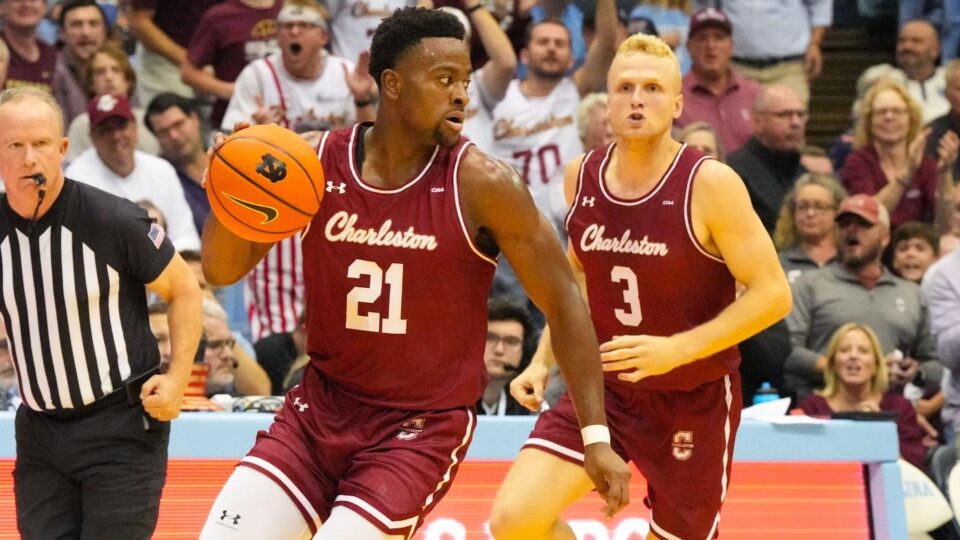 The 23rd-ranked Charleston Cougars look for their 14th consecutive win when they take on the North Carolina A&T Aggies in a Colonial Athletic Association matchup on Wednesday. The Cougars (14-1, 2-0), who are 4-1 on the road, are coming off a 76-74 overtime win at Towson on Saturday. Charleston’s only loss this season was a 102-86 setback at then-No. 1 North Carolina on Nov. 11. The Aggies (6-9, 1-1), who are 4-0 on their home court, dropped an 81-79 decision at Hofstra on Saturday. The teams will be meeting for just the third time after splitting the previous two games.

The SportsLine Projection Model simulates every Division I college basketball game 10,000 times. The model enters Week 9 of the season 30-16 on all-top rated college basketball picks, returning more than $800 for $100 players. Anybody who has followed it has seen profitable returns.

Why Charleston can coverThe Cougars have a balanced scoring attack with five players averaging 10 points or better. Senior guard Dalton Bolon is the team’s top scorer, averaging 12.3 points, 3.7 rebounds and 1.1 assists per game. He is nearly automatic at the free throw line, connecting on 91.2% of his foul shots. Bolon has reached double-digit scoring in 11 games, including two with 20 or more points. He scored a season high 22 points in a 96-67 win over North Greenville on Dec. 11.

Why North Carolina A&T can cover The Aggies have three players scoring in double digits, led by sophomore guard Kam Woods. He has reached double-figure scoring in 13 games, including in each of the last eight. He has surpassed 20 points four times, including a 26-point performance in a 74-46 loss at fifth-ranked Houston on Dec. 13. Woods averages 17.4 points, 4.2 rebounds, 3.1 assists and 1.8 steals per game.

Also powering North Carolina A&T is junior forward Marcus Watson. In 15 starts this season, Watson averages 13.4 points, 4.4 rebounds and 2.2 assists per game. He has reached double-digit scoring in 10 games, including a season high 27 points in a 78-51 win over Greensboro. Watson has scored 20 or more points three times with one double-double, a 25-point, 12-rebound performance in a 67-66 overtime win over Texas Southern on Dec. 17.

How to make Charleston vs. North Carolina A&T picksSportsLine’s model is leaning under on the point total. In fact, it says Charleston’s Dalton Bolon will be held to one point under his season average, while North Carolina A&T’s Kam Woods will be held two points below his average. It has also generated an against-the-spread pick that cashes in over 60% of simulations. You can only get the model’s pick at SportsLine.

So who wins Charleston vs. North Carolina A&T? And which side of the spread cashes in over 60% of simulations? Visit SportsLine now to see which side of the Charleston vs. North Carolina A&T spread to jump on, all from the advanced model that has seen profitable returns on its college basketball picks this season, and find out.