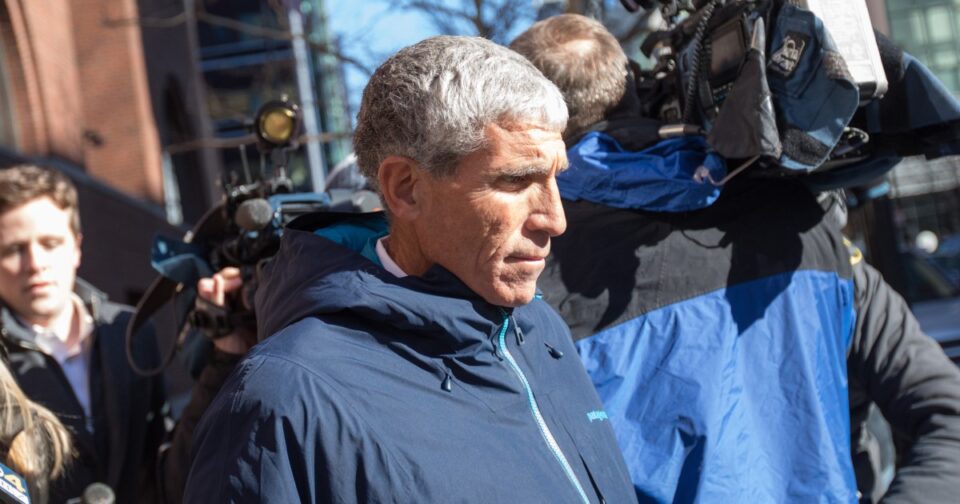 William Rick Singer, the mastermind of a nationwide college admissions cheating scheme, was sentenced to three and a half years in prison and supervised release Wednesday afternoon in Boston.

Singer, 62, pleaded guilty in March 2019 to charges including racketeering conspiracy and money laundering conspiracy in connection with the scandal, dubbed Operation Varsity Blues. He cooperated with the government’s investigation and wore a wire for the FBI.

In addition to 42 months served in prison, Singer will have three years of supervised release.

The operation involved bribes, cheating on entrance exams and unqualified applicants using bogus claims to get into schools as elite recruited athletes.

Prosecutors had sought a six-year sentence, while defense attorneys requested three years of probation or a maximum of six months behind bars.

Singer’s sentence is the longest handed down in the case so far, followed by former Georgetown University tennis coach Gordon Ernst, who got 2 1/2 years in prison for pocketing more than $3 million in bribes.

So far, more than 50 people, including parents and coaches, have been convicted in the case. The cheating scheme ensnared Hollywood with actors Lori Loughlin and Felicity Huffman charged in the case.

Singer allegedly raked in more than $25 million from his clients, paid bribes totaling more than $7 million and used more than $15 million of his clients’ money for his own benefit, prosecutors said.

In a letter filed Dec. 29 along with his defense’s sentencing memorandum, Singer said he now lives in a trailer park and can’t get a job, despite more than 1,000 attempts, because of his role in Operation Varsity Blues.

“For most of my life, if not all of it, I have thrived on winning at all costs,” he wrote. “My moral compass was broken and, increasingly over time, choosing right over wrong became less important than doing whatever had to be done to be recognized as the ‘best.’”

By getting caught, he has been provided “the opportunity for insight, atonement, and redemption,” he wrote.