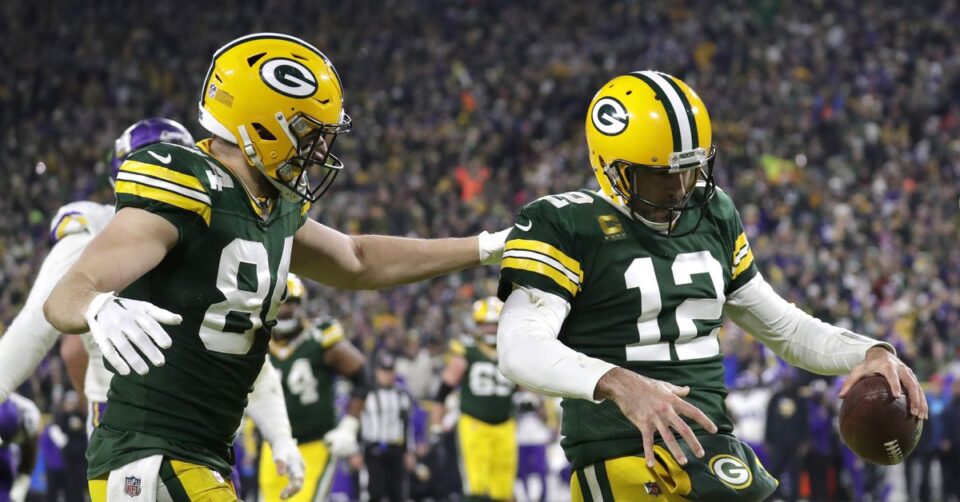 With seeding, and playoff spots, up for grabs in Week 18 the final week of the NFL season is filled with critical games.

The league has just released the schedule for the final slate of the year. Here are the games.

Week 18 kicks off on Saturday with a pair of AFC games. First, the Chiefs are chasing the top seed in the AFC, and the lone first-round bye in the conference, and a win over their AFC West rivals on Saturday could clinch that for Kansas City.

The game between the Lions and the Packers has been flexed into Sunday Night Football. Both of those teams are in playoff contention for the final spot in the NFC, but there is an interesting twist to this game being put in the final spot of the season. The Lions are eliminated from playoff contention if the Seahawks beat the Cardinals. So if the Seahawks win on Sunday afternoon, the Lions can only play the role of spoilers, preventing the Packers from clinching a playoff spot. Seattle is in the playoffs if they beat Arizona, and the Lions beat the Packers.

If, however, the Bengals beat the Bills on Monday night, they would clinch the AFC North.

For a look at all of the playoff scenarios, we have you covered here.

UPDATE: Following Bills safety Damar Hamlin’s medical emergency during Monday Night Football, the NFL announced on Tuesday that the Week 17 game between the Bills and the Bengals would not be played prior to the currently scheduled Week 18 games. Furthermore, in a memo sent to all 32 teams, Commissioner Roger Goodell noted that the league has not “announced any changes” to the current Week 18 schedule. As of Tuesday afternoon, an update has not been provided on the time for the Bengals vs. Ravens game, which was dependent upon the outcome between Cincinnati and Buffalo in Week 17.

We will update this post if further alterations are made to the Week 18 schedule.