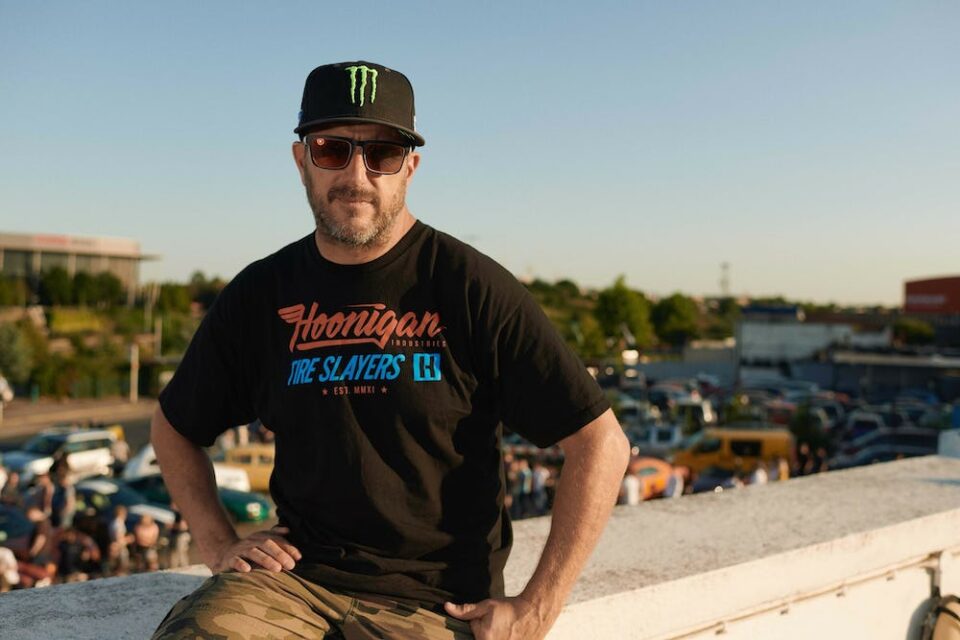 It is with heavy hearts that we report that action sports and automotive icon, legend, and visionary Ken Block passed away in a snowmobile accident on Monday. Beyond his mega-successful business ventures—from cofounding DC Shoes to the explosive popularity of his Gymkhana video series and Hoonigan Industries car-build brand—he was a friend and supporter to many in the motocross industry. Most importantly, Block was a family man, survived by his wife, Lucy, and their three children, Lia, Kira, and Mika.

According to National Public Radio (npr.org) “Hoonigan first announced the death on social media. The Watasch County Sheriff’s Office later confirmed that Block was riding a snowmobile near his home in Utah around 2 p.m. when he tried to navigate up a steep slope, causing the craft to fall back on top of him. Officials pronounced him dead at the scene.”

Block cofounded DC Shoes back in 1994 with his friend Damon Way. Together they built the brand into a massive success, supporting athletes across the sports world, including supercross and motocross riders like Jeremy McGrath, Ricky Carmichael, and Travis Pastrana. Block himself was a longtime moto enthusiast and a regular visitor to the races, and he was with us on the ground floor when Racer X launched as a magazine in 1998. Ten years after founding the company, in 2004, Block and Way sold DC Shoes to Quiksilver.

Block then turned his attention to rally car racing, which he discovered through his friendship with Pastrana, who was also heading in that direction. According to Car and Driver he won 23 rally races at the National level, and only narrowly lost the 2022 American Rally Championship. But Block didn’t just build skills behind the wheel as a race car driver. Using marketing and production techniques from the skate/snowboard/moto world, Block built his Hoonigan brand into another massive success, and his popular line of Gymkhana videos and X Games exploits became global brands in their own right. Block embraced YouTube and social media in its earliest days, making cars cool to a whole new generation. Ken took rally car racing, which had always been merely a fringe part of automotive culture in America, right into the heart of the enthusiast market. Auto manufacturers and big sponsors got on board, but Ken kept his action-sports roots, always staying close to his motocross beginnings. In accordance, he would incorporate Pastrana into plenty of his videos, sometimes with Travis on a dirt bike and other times in a car—and sometimes both—which we put on the cover of Racer X on two occasions. Just last month, Pastrana did the driving for Hoonigan’s Gymkhana 2022. In a new video series, Block’s 16-year-old daughter, Lia, puts the 1985 Audi Quattro she had constructed through its paces, just like her dad.

An inspiration and a role model across the board, Ken Block’s contributions to motorsports and action sports will never be forgotten.