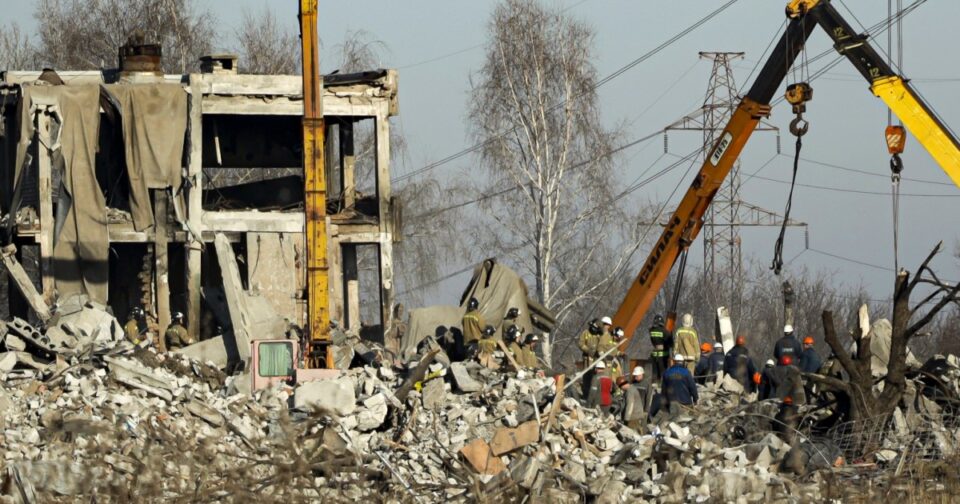 The strike is one of the deadliest attacks on Moscow’s forces since the war began 10 months ago, but some influential pro-military voices in Russia — as well as officials in Kyiv — suggested that the death toll may have been much higher. NBC News was unable to verify claims from either side.

The defense ministry’s public stance appeared to do little to quell the criticism from nationalist bloggers and pro-war voices within the country.

Semyon Pegov, a war correspondent who was recently awarded an Order of Courage by Putin, cast doubt on the official explanation for the attack.

“The story of ‘mobiles’ is not very convincing,” Pegov said in a Telegram post on Wednesday. “I rarely say this — but this is the case when it would probably be better to remain silent, at least until the end of the investigation. As such it looks like an outright attempt to smear the blame.” He suggested there were other ways Ukraine’s forces could have identified the base.

Exploiting mobile phone use to locate enemy positions is not new in this war, but experts said the attack over the weekend may highlight unprofessional practices and a disregard for human life by Russian military authorities.

“It is completely plausible that the uncontrolled mobile phone use was a contributory factor to the targeting of this building in Makiivka, but it won’t be the only reason for a high number of casualties,” Keir Giles, an expert on Russia and a consulting fellow at Chatham House, a London think tank, told NBC News.

The missile destroyed the school building where the Russian servicemen were based, according to the British Defense Ministry. The scope of the damage suggested that arms and artillery were being stored in close proximity to where the soldiers were being housed, the ministry said in its daily briefing on Wednesday.

“Given the extent of the damage, there is a realistic possibility that ammunition was being stored near to troop accommodation, which detonated during the strike creating secondary explosions,” the briefing read.

The possibility that soldiers were being housed alongside ammunition speaks of an “indifference to casualties and the way in which the thin crust of modernity and professionalism in the Russian Armed Forces has now been stripped away,” said Giles.

While a blow to morale and military prestige, the deadly attack may not prove a significant battlefield issue for the Kremlin, however.

“It is a tactical setback for Russia, but it’s one that they can absorb easily because Russia’s answer to the challenge of fighting the war so often in Russia’s past is to throw in more bodies into Ukrainian bombs and bullets,” Giles said.

Putin has already called up hundreds of thousands of reservists to try and bolster his struggling invasion in the wake of a series of embarrassing defeats.

In his nightly address Tuesday, Ukrainian President Volodymyr Zelenskyy warned the Kremlin may be planning another mobilization and urged his country to prepare for a new Russian offensive.

“Now is the moment when together with our partners we must strengthen our defense. We have no doubt that the current masters of Russia will throw everything they have left and everyone they can muster to try to turn the tide of the war and at least postpone their defeat,” Zelenskyy said.

Rhoda Kwan is a Taipei-based journalist.

Mastermind of ‘Varsity Blues’ college admissions scheme to be sentenced