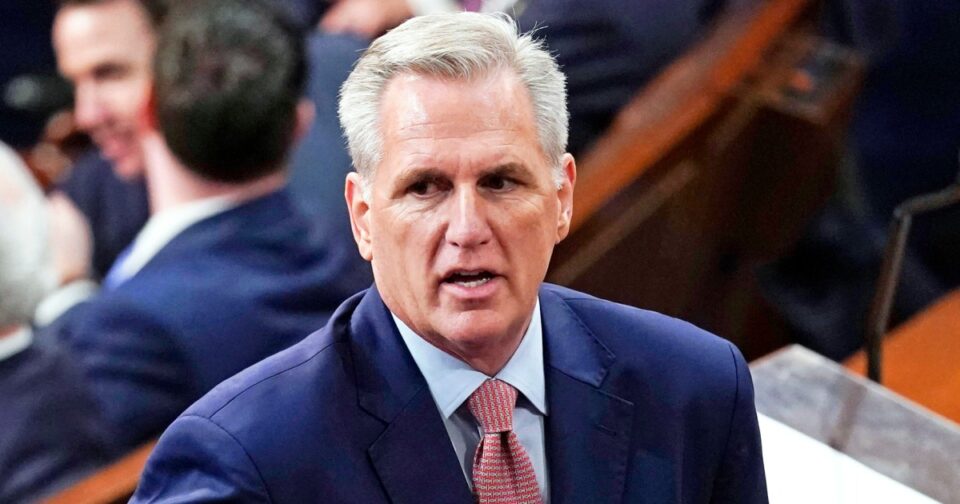 And while it’s still possible that some other modest pieces of legislation can be brought to a vote and passed in the House, the political dynamics inside the House GOP will make even the most milquetoast bipartisan and nonideological issues difficult to pass.

Just for context — it’s been 100 years since an incoming House has failed to elect a speaker on its first roll call.

While the circus that was the Trump presidency — a toxic mix of incompetence and cruelty — has long left Washington for greener pastures, we are now seeing the birth of a new sideshow. It’s one that may, in fact, match the former president in malevolency and outpace him in ineptitude.

But we kinda knew that was going to happen, right?

In the narrowly divided House, where the GOP retains majority control by just a fingernail, a significant amount of political control rests in the hands of a small number of members of the far-right and ultra-MAGA Freedom Caucus wing of the Republican delegation. Their positions are so extreme that even QAnon aficionado Georgia Rep. Marjorie Taylor Greene has broken with fellow Freedom Caucus members over its heavy-handed tactics against McCarthy, saying that they were “playing Russian roulette with our hard-earned Republican majority right now.”

Just look at what has taken place over the last several weeks in the lead-up to this week as Freedom Caucus members have been jockeying for power. To win enough votes for speaker, McCarthy has been hard at work horse-trading with the extreme right wing of his party to secure his speakership. He has thrown any modicum of principle to the wind in the service of his desire to wield raw power — but in doing so, he has been forced to vow fealty to an entirely absurd array of positions.

One has been threatening to impeach Department of Homeland Security Secretary Alejandro N. Mayorkas for his management of the southern border, despite there not being one scintilla of evidence that he committed an impeachable offense that comes anywhere close to treason, bribery or high crimes and misdemeanors. (Fun fact: Since the founding of the Republic, only one Cabinet member has been impeached, and he was ultimately acquitted of all charges.)

And hovering over all of this mishegoss is another off-off-Broadway show that is in many ways a perfect microcosm of the party that now finds itself in control of the House: The George Santos fiasco — a newly elected hard-core Trumpian GOP representative who will almost surely have to step down due to an astonishing array of lies, alleged crimes and other misdeeds.

But the truth of the matter is that the broad-based clapback that stopped the so-called 2022 red wave in its tracks came up just a few seats short, and with that, like it or not, a band of misfits now wields considerable power in a splintered GOP that now is attempting to govern, albeit with the most narrow of majorities.

Like a trailer that tells the entire plot of a really bad movie in 30 seconds, the speakership fight foreshadows quite clearly what we can expect to see unfold over the next two years in the House.

But with the consequential 2024 presidential election fight looming ahead, we can’t skip this show as much as we may want to.

Not only will the public be watching as bipartisan policies hang in the balance, but what this Congress does with its investigative power could also play an important role in a very pivotal moment for the country. GOP control of the House is almost certainly destined to become a petty Vaudeville display of trumped-up, toothless investigations into Hunter Biden, a public prosecution of the Jan. 6 committee, and the rest of the Freedom Caucus’ “Greatest Hits.”

Unfortunately for many Americans, particularly centrists and independents in the country who want to see meaningful bipartisan legislation action on a host of issues ranging from health care to immigration to climate change, this daily display of incompetency and hard-core extremism may cement the view that the GOP is not capable of governing on a national level.

Importantly, it’s these middle-of-the-road voters that constitute the all-important swing vote, and if the GOP fails to prove it can’t get any meaningful work done in Washington, it could very well find itself pounding the nail into its own coffin for 2024 and well beyond.

But for now, grab some popcorn and let’s see what happens next.

Bradley Honan is the CEO of Honan Strategy Group, a polling and analytics firm. He has advised the campaigns of Bill and Hillary Clinton, Michael Bloomberg, Tony Blair and leading global companies.