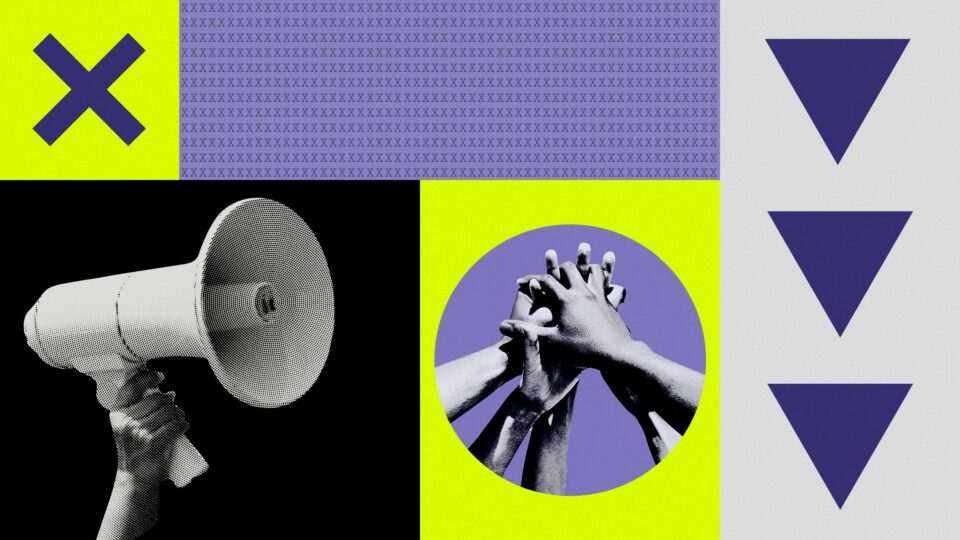 In 2022, workers in the United States voted to form more unions than they have in nearly 20 years, and labor has recently organized at companies in almost every industry. But most business leaders have responded in an outdated way, by embracing union busting at all costs. This ignores business risks of the modern era — and often encourages companies to break the law. In this article the authors, building on their academic and practical expertise, explain how leaders can respond much more constructively to the new wave of labor organizing.

Picture this: You’re the proud CEO of a successful company, known for being a great place to work, and you open the news to find that your biggest competitor’s workforce is unionizing. You knew about the new wave of organized labor, but you never thought it would happen in your industry. Now you start to wonder if you might be next.

It’s a reasonable concern. Today, more workers than ever say they would join a union if given a chance, and public approval of unions is at its highest level in more than 50 years.

This is more than just talk. In 2022, workers in the United States voted to form more unions than they have in nearly 20 years, and labor has organized at companies in almost every industry, ranging from Alphabet and Amazon to REI and Trader Joe’s. Railroad workers and journalists alike are part of this trend. Even Starbucks baristas — who have long been seen as having some of the best jobs in the service industry — are unionizing. Thanks to social media and digital communication, it’s easier than ever for workers to share stories about how your company treats them.

If you’re like most business leaders, you’re worried about how a union might affect your company, but your education involved almost no mention of unions, and you lack real-word experience with organized labor. So the obvious next step is to look for outside help. Maybe there’s a law firm or a consultant who knows what to do?

Unfortunately, most of the experts out there subscribe to an outdated idea: union busting at all costs. That strategy (euphemized by the experts as “union avoidance”) was devised in the 19th century, in response to conflicts with labor that sometimes became violent and bloody, and it was honed half a century ago, in corporate management. The problem is that it ignores business risks of the modern era — and often encourages companies to break the law.

If you respond to worker organizing in a combative or dismissive way, you might be putting your company at risk: tarnishing your brand for consumers, poisoning productive workplace relationships, and deterring future talent from joining. If a union does eventually form at your company, you’ll have thrown away an opportunity to build a collaborative relationship. You’ll start from a place of dysfunction. Such problems can burden your company for decades.

So how can you avoid that catastrophe?

Recently, in collaboration with the Aspen Institute and MIT, we’ve been working with a group of business leaders in a variety of industries to understand how they might most constructively respond to the new wave of labor organizing. We’ve approached the problem from perspectives that are academic (building on research that Tom has conducted over a period of decades) and practical (building on conversations that Roy has had with many companies on the receiving end of this organizing). In this article, we’ll summarize some of our main findings.

When your workforce organizes, it can feel like a direct attack on your leadership. You may feel defensive, confused, or angry, especially if organizers single you out, as some do. That may prompt you to lash out or to blame a “third party.” After all, your workers couldn’t possibly feel this way, so national union operatives or somebody must be fomenting their resentment.

If you start feeling this way, stop and consider what your workers are actually telling you — about their experiences at work and their ability to make ends meet. Many CEOs live in completely different realities from their workforces and can’t imagine what their entry-level workers need to do to make their lives work. Unionization campaigns are often a workforce’s last resort after they’ve tried to get you to listen in many other ways.

Sometimes workers just want a voice, through an organization, even if they’re satisfied with their pay. Sometimes they want to hold their company accountable to your stated values. And it may be bigger than just the company. Many workers are fed up (understandably!) with the unfairness of modern American life, and they organize because that’s what’s available to them. Is it surprising or unreasonable for workers to want more pay and more say? Don’t you and many executives who work for you often want more? (Is a board personally offended when a CEO asks for more money?)

So set your pride aside, try not to take organizing personally, and definitely don’t tell workers what’s in their interest. They’re experts at their own lives and interests, and they’re unlikely to accept that you — a powerful leader whose reality may be removed from theirs — know what’s best for them. Avoid condescension.

Also, don’t assume that workers will be wowed by getting time with you. Leaders often think that if they just meet with workers face-to-face, workers will see things from a different perspective and decide not to organize. But workers can often find time with their CEO to be scary or intimidating rather than friendly. They know that these sorts of sit-downs are not the normal modus operandi. They’ll often assume that you’ve proposed them because you want something from them.

Laws in many countries, including the United States, protect workers’ right to organize. If your workers exercise that right, the best and fairest thing you can do is just to get out of the way. And here’s what you shouldn’t do:

Don’t fire the organizers. This is illegal, even though many companies try to justify it by claiming that organizers have broken some policy (for which they would never have been fired otherwise). It also immediately creates an us-vs.-them dynamic. You become the common enemy, uniting workers against you. Sometimes union campaigns accelerate when companies fire the organizers, as happened at Amazon.

Avoid making empty statements in support of workers’ rights. Some companies include a line in employee communications stating that they “respect workers’ decisions.” That typically backfires, because it’s just what the law requires, which means it reads as a threat, by implying that company could choose not to respect workers’ decisions. Instead, consider proactively declaring you will remain neutral about whether workers organize, as Microsoft recently did.

Avoid the many other ways you might be tempted to break the law. This may seem obvious, but, astonishingly, it needs to be said. Your legal advisors can help you understand the limits of what you’re allowed to do, whether in the face of a formal unionization effort or other legally protected worker actions. (Hint: Even without a union, workers have the right to strike.) Actions that feel innocuous to you — like asking a worker to discourage their colleagues from joining the union — may be illegal. Experts in union “avoidance” often advise borderline illegal actions, like implying an employee’s chances of getting promoted will be better if they don’t support the union or even questioning an employee on whether they support the union. These experts often recommend these practices because the penalties are so small. Truly respecting the law, as low a bar as that is, will set you apart from many companies and may build you up in the eyes of your customers and your workforce.

Both ethics and the law allow plenty of room for you to express what you believe. Just be honest about your concerns.

Specifically, avoid stunts. Don’t try silly or inauthentic “plays” to connect with workers. Senior executives mopping floors only makes sense if that’s what they’d do even if the workers weren’t organizing. Nobody wants to collaborate with a phony.

Also, resist doing everything the lawyers tell you to do. “Management side” employment law firms tend to recommend an anti-unionization campaign, with tactics that sometimes push the line of what’s legal. If you want to avoid that, you’ll need to decide for yourself how to show up. (Would you let your investment banker control what companies you buy? The decision is ultimately up to you.) Your outside counsel may not understand the risks to your business if you follow the old playbook of crushing unions.

If your workforce catches you by surprise, the best thing you can do is get informed and build a healthy relationship with your workforce. Before you act, take a breath and think about whether, in fact, a union would be harmful for your company — or whether you might actually be able work with the union to create a better company. The effectiveness of the company-union relationship stems in large part from how you act. There is evidence that unions can actually help a company’s performance — by boosting retention, transparency, morale, and even productivity.

Do your homework, too. Many business executives have told us that when organizing began at their company, they had to Google “What is a union?” Unions can differ dramatically from one another in how they operate, as can branches within the same union. Many workforces are also now organizing in new ways without using the legal form of a union, and many in the labor movement say unions need reform and are working to innovate.

If you feel underprepared, or surprised by what’s happening, remember that you’re not alone. Many business leaders in America are at this very moment grappling with how to relate to this new wave of organized labor. It’s time to get serious about this challenge — by recognizing that one of the most critical CEO skills of the future will be leading the organized workforce.

9 Best Business Books for Entrepreneurs in 2023

Romance writer accused of faking her own suicide