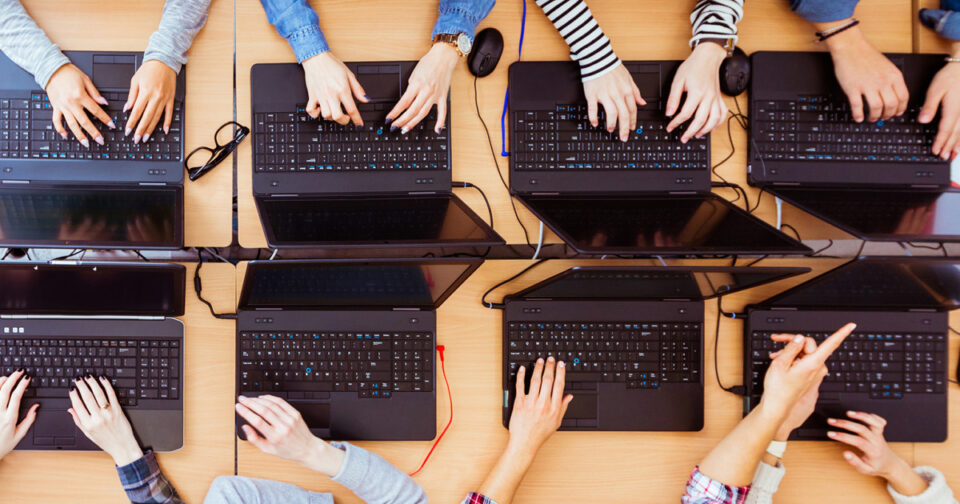 New York City’s Department of Education announced a ban on the wildly popular chatbot ChatGPT — which some have warned could inspire more student cheating — from its schools’ devices and networks.

Jenna Lyle, a spokesperson for the department, said the decision to ban ChatGPT, which is able to generate conversational responses to text prompts, stemmed from concerns about the “negative impacts on student learning.”

“While the tool may be able to provide quick and easy answers to questions, it does not build critical-thinking and problem-solving skills, which are essential for academic and lifelong success,” Lyle said in a email statement.

It was not immediately clear if the ban applied to the City University of New York system. A representative for CUNY did not immediately provide NBC News with a comment.

In New York public schools, ChatGPT can still be made available upon request to classes studying artificial intelligence.

Although chatbots are not a new technology, ChatGPT, a chatbot created by artificial intelligence company OpenAI, exploded on social media in late 2022 after some declared the bot was a better search engine than Google thanks to its conversational speaking style and coherent, topical response style.

In an email statement responding to the New York City public schools ban, a spokesperson for OpenAI said the company “doesn’t want ChatGPT to be used for misleading purposes in schools or anywhere else.”

The company is “already developing mitigations to help anyone identify text generated by that system,” the spokesperson said.

The New York City Department of Education’s decision to ban the bot comes amid discourse about the impact ChatGPT could have on education if students were to use it to generate homework assignments, solve mathematical equations and write essays.

Experts have acknowledged that chatbots like ChatGPT could be a detriment to education in the future — but in recent interviews with NBC News, some said they weren’t ready to sound the alarm just yet.

Those who work in both the field of education and artificial intelligence said that institutions will need to find ways to integrate chatbots like ChatGPT into their curriculum rather than outlaw them altogether.

“There’s always been this concern that technologies will do away with what people do best, and the reality is that people have had to learn how to use these technologies to enhance what they do best,” Lauren Klein, an associate professor in the departments of English and quantitative theory and methods at Emory University, said last month.

Many have likened chatbots to the rise of technology like the calculator, which was decried as the death of math until educators began using it to elevate their classwork. Some educators also said that several computer-assisted writing tools, like Grammarly or Google Docs’ Smart Compose, already exist and are currently utilized in academia.

The experts predicted someone would likely create technology to detect if an essay was made by ChatGPT. Those predictions were correct.

On Monday, Edward Tian, a computer science student at Princeton University, tweeted that he had spent the holiday creating a tool to detect if a piece of text was generated by a human or an artificial intelligence.

“AI text generation is like opening a pandora’s box. It’s an incredibly exciting innovation, but with any new technology we need to build safeguards so that it is adopted responsibly,” Tian said in a Twitter message to NBC News on Thursday.

In subsequent tweets, Tian shared videos of the program at work. In one clip, he showed how his bot, GPTZero, detected both human and AI text. In one clip, he put text from a New Yorker article into GPTZero. The bot then declared the text was “likely human generated!”

The OpenAI spokesperson said ChatGPT was made “available as a research preview to learn from real-world use, which we believe is a critical part of developing and deploying capable, safe AI systems.”

“We are constantly incorporating feedback and lessons learned. We’ve always called for transparency around the use of AI-generated text,” the spokesperson said. “Our policies require that users be up-front with their audience when using our API and creative tools like DALL-E and GPT-3.”

The company said it looks “forward to working with educators on useful solutions, and other ways to help teachers and students benefit from artificial intelligence.”

Why is Ovidio Guzmán one of Mexico’s most wanted men?