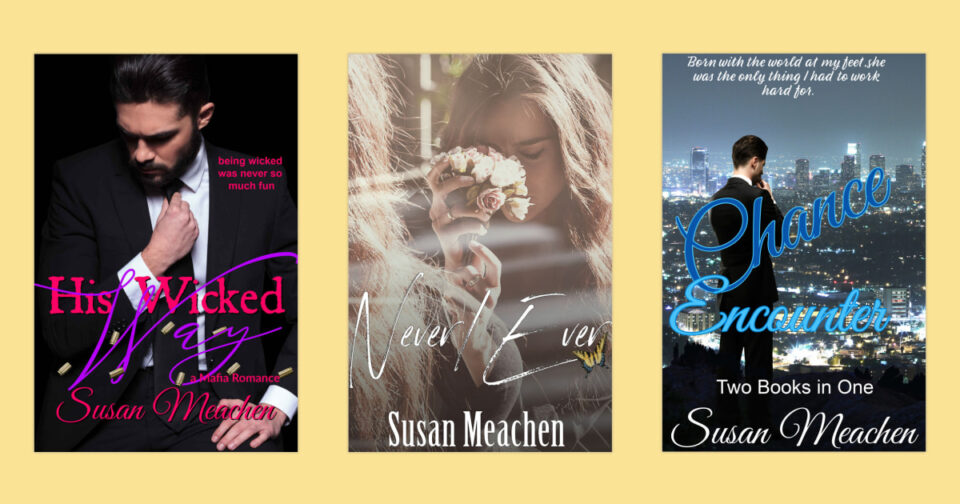 It’s a plot twist the romance writers did not see coming.

The Facebook account of an indie romance writer named Susan Meachen suddenly came alive this week more than two years after she supposedly died by suicide because she could not take the online bullying from some of her competitors.

“I debated on how to do this a million times and still not sure if it’s right or not,” somebody wrote Tuesday on Meachen’s private 770-member Facebook group called The Ward, according to screenshots obtained by NBC News. “There’s going to be tons of questions and a lot of people leaving the group I’d guess. But my family did what they thought was best for me and I can’t fault them for it.”

The writer — it’s not clear whether it’s Meachen herself or somebody posing at her — hinted at struggles with her mental health.

“I almost died again at my own hand and they had to go through all that hell again,” the writer posted. “Returning to The Ward doesn’t mean much but I am in a good place now and I am hoping to write again. Let the fun begin.”

Now the romance writers who mourned Meachen and self-published an anti-bullying anthology that they dedicated to her are outraged — and not just because they were apparently fooled into thinking she was dead.

They say they also raised money to help pay for Meachen’s funeral.

“I saw the auction that was going on to help raise funds for her funeral,” romance writer T.E. Ridener told NBC News. “Authors are usually asked to donate gift cards, E-books, or swag (bookmarks, postcards, magnets, etc.) to be auctioned off to the highest bidder.”

Meachen’s former supporters also are skeptical about her explanation about why she stayed silent and upset that they grieved someone they thought of as a friend.

“To find out that it was a hoax, two-and-a-half years later, was just a slap in the face to everybody,” fellow romance writer Samantha A. Cole told NBC News.

Cole and other former Meachen supporters said they believe she was still writing and taking part in discussions on The Ward, but under the name TN Steele.

The writers interviewed by NBC News admitted that, aside from Meachen’s videos on her Facebook page, they had never met her in person and probably would not recognize her if she showed up on the cover of one the dozen or so books she’s self-published and is selling on Amazon.

They said the world of indie romance writers who specialize in dramatic love stories that they publish without the help of a literary agent is also a largely virtual world.

“We were only Facebook friends,” Cole said. “We had never met in person. It’s very common in the book world.”

Meachen, 47, who according to public records and her Amazon page lives in eastern Tennessee, did not respond to emails from NBC News for comment and her relatives appeared to have non-working phone numbers.

While Meachen’s death by suicide was reported online some two-and-half years ago, a spokesman for the medical examiner’s office in Polk County, Tennessee, said it had no record of anybody by that name being reported dead going back to 2020.

Meachen is the author of a half-dozen self-published books like “Losing Him & Find You,” “Chance Encounters” and “Stolen Moments.” After she “passed away,” a friend named Connie Ortiz urged Meachen’s followers in an Oct. 22, 2020, post on The Ward to buy her latest book, “Love to Last a Lifetime.”

“She wanted to have it published by her daughter’s wedding,” Oritz wrote.

But with Meachen seemingly gone, her book sales began slumping. And in a since-deleted Feb. 7, 2021, post that appeared on the Susan Meachen site, somebody who referred to the writer as “mom” exhorted her followers to buy her books.

“Unless something changes in the next 21 days, all of moms books will be unpublished,” the post writer warned. “Her paperbacks will be going on sale then unpublished. The only way you’ll be able to get the books will be through Audio. Her sales and page reads have been zero for a few months now and it’s a waste of my time to work them every morning after work with zero movement hell we hired a PA to help and it’s not helped any so far.”

Meachen had been a steady producer of books, although none of them had been reviewed by Publishers Weekly, a spokesman from the magazine said. But she did have a small following, her now critics said, and some of the reader reviews of her work posted on Amazon were enthusiastic.

Also, Meachen became a kind of pillar of the community because of her willingness to seek guidance from more established writers like Cole and help other would-be authors learn how to market and publish their books online.

Cole said she met Meachen around 2017 in one of several online romance writer and reader groups that proliferate on Facebook and elsewhere on the web.

“If I remember correctly, she had read some of my books and she had joined my reader group,” Cole said. “And that’s how I pretty much remember meeting her and we would chat maybe once or twice a month.”

But, Cole said, they hadn’t been in touch as much in the months leading up to Meachen’s supposed suicide and she was racked with guilt upon hearing the news.

“I felt so bad because it had been like five, six months since I had actually had a conversation with her,” she said. “For a few minutes there, I grieved again at the loss of somebody who I considered a friend. Maybe not a close friend, because we had never met in person.”

Then Cole said Meachen’s daughter, whose name she could not immediately recall, alleged that bullying by some of the other indie romance writers drove her mom to kill herself.

“It really tore the book world apart,” Cole said. “There was a lot of finger-pointing without anybody having screenshotted proof of who the bullies were.”

Ridener said she recalled posting a sympathy post for Meachen on a blog.

“Everyone was sad,” she said. “A lot of people grieved for her.”

But along with the mourning there was a recognition that the community needed to do something about the online bullying that some members have experienced, Ridener said.

And somebody — Ridener did not know who — came up with the idea to compile an anthology of pieces written by members of their romance-writing community that directly addressed the plague that is bullying.

“Several authors got together and published it, donating proceeds to Susan’s family,” said Ridener. “I’ve been in the indie community since 2011, and the battle against bullying started even back then. We all do our best, but there are still some really bad apples.”

Cole said the community held several fundraisers for the “988 Suicide and Crisis Lifeline” in memory of Meachen.

It is not clear how much money was raised from the various fundraising efforts.

So when Meachen resurfaced online, seemingly alive, there was widespread shock in this corner of the literary world.

“To say we’re shook is the understatement thus far of 2023,” Ridener said.

Some angry romance writers confronted Meachen online and demanded an explanation, screenshots of the exchanges revealed.

“So you waited two years before letting anyone know that your family thought the right thing to do was to say you were dead ??????” one wrote. “WTF??? Who does that? Was it so people would feel sorry for them and buy your books ????”

Ridener said what Meachen did was “unforgivable.”

“She crossed a line that no one should ever cross,” Ridener said. “I have loved ones who suffer from mental illness, and I also have had people I really cared about who were victims of suicide. She was so nonchalant about the whole thing.”

How Businesses Should (and Shouldn’t) Respond to Union Organizing