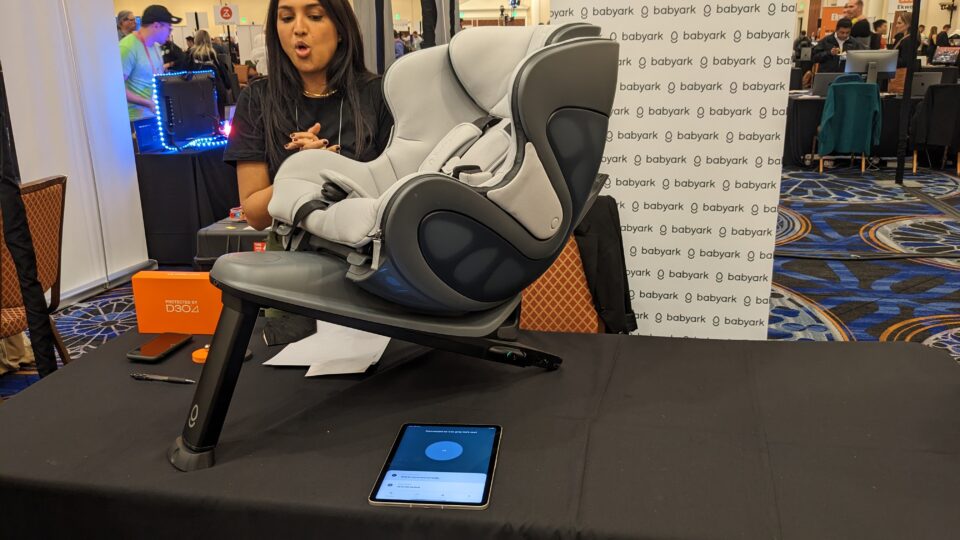 Nothing on the road is more important than the safety of your loved ones but you wouldn’t think it from the state of child safety technology these days. “While safety features for adults in vehicles have evolved dramatically over the past 10 years, child passenger safety technology has remained stagnant,” notes Babyark founder and CEO Shy Mindel stated in a release Wednesday. Their startup, Babyark, aims to significantly advance the quality of vehicular child protection with the self-referential Babyark car set.

“I was surprised to learn that the most important people in our lives, our children, sit in safety seats primarily made out of plastic and styrofoam,” Mandel noted. “Babyark is approaching safety through the hardware, the actual seat, and the software, including the safety sensors that communicate with the app. The result is a car seat that takes a holistic approach to safety.”

Rather than styrofoam and plastic, the Babyark is constructed of anticrash materials and relies on a novel shock-absorbing SafeCoil that absorbs forward momentum during a crash. Should the worst case occur and the seat is involved in an accident, a set of IoT sensors will record the crash telemetry and relay it to first responders so that they can better and more quickly treat the child.

An associated smartphone app for both Android and iOS will remind forgetful parents that happen to leave their children behind. Additionally, the ark itself will not engage with its base unit (which secures using the standard seat anchor points) if it is improperly seated upon it — a handy LED light ring will switch from red to green once everything is correctly set. The seat is rated to accommodate up infants and toddlers from four to a 65 pounds (front facing) and up to 55 pounds for rear facing. The Babyark is currently available for pre-order at $990 and will increase to $1,190 when it is officially released later this summer.

Why is Ovidio Guzmán one of Mexico’s most wanted men?