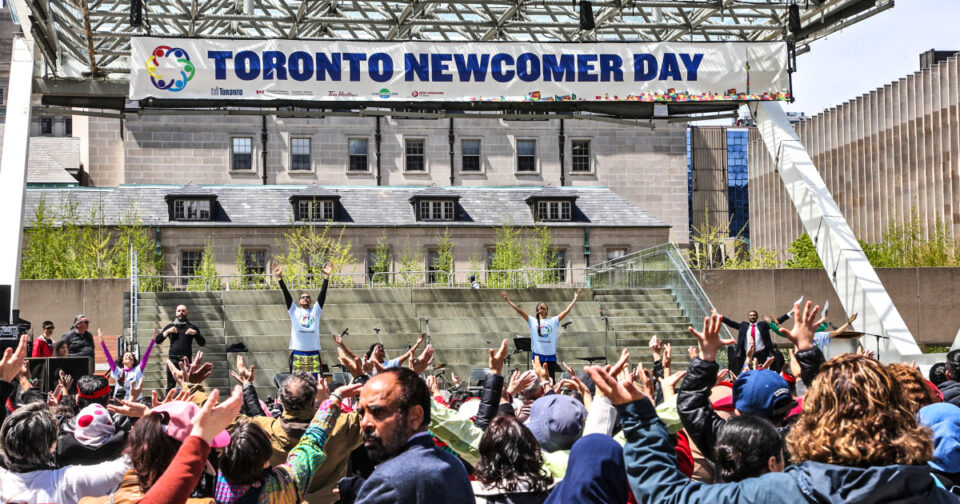 In as little as a decade, there will be one retiree for every two workers in Canada. To address the looming labor shortage, Canada’s government announced a new goal in November to accept 1.45 million immigrants by 2025, with 60 percent trained in health care and other urgently needed job skills.

Meanwhile, in the U.S., similar immigration legislation has stalled as Republicans block Democratic efforts to spur an influx of skilled workers until more is done to secure the U.S.-Mexico border.

While the U.S. has almost 10 times as many people as Canada, the U.S. brought in the same number — about 275,000 — of legal, employment-based immigrants in fiscal year 2022 as Canada now plans to bring in each year over the next three years, according to data from U.S. Citizenship and Immigration Services and drafters of Canada’s new policy.

In the last session of the U.S. Congress, which ended in December, bills to increase the number of foreign-born entrepreneurs, high-skilled workers, microchip manufacturers and farm workers all failed to get enough votes to become law. The Farm Workforce Modernization Act, the only one to make it out of House of Representatives, was opposed by 30 Republicans and one Democrat. It has still not been brought to a vote in the Senate.

At the same time, Canada’s two biggest national political parties, Prime Minister Justin Trudeau’s ruling Liberals and the opposition Conservatives, both describe themselves as pro-immigration. Trudeau’s new immigration goal, which is focused not only on opening more pathways to refugees and low-skilled workers, but also attracting highly educated workers in sectors like health care and technology, enjoys broad-based support.

Rep. Zoe Lofgren, D-Calif., then the chair of the House Judiciary Subcommittee on Immigration and Citizenship, introduced two bills to increase employment-based visas, but neither passed the House.

While pressing for change, Lofgren made a direct comparison between policies in the U.S. and in its neighbor to the north. During a hearing that she titled “Oh Canada! How outdated U.S. immigration policies push top talent to other countries,” Lofgren said, “The last major overhaul of our legal immigration system occurred in 1990. Meanwhile, other countries, like Canada, have made great strides in building flexibility and recruitment incentives into their systems to attract highly skilled immigrants, including those whom we cannot accommodate.”

Her Republican counterpart on the committee, then-Ranking Member Rep. Thomas McClintock of California, echoed what many Republican opponents have said in response to such proposals: That until the Biden administration do more to address illegal migration at the southern border, legislation to reform even legal immigration pathways should not be considered.

“The continuing theme we hear from the left is that, despite these jaw-dropping (border) numbers and despite the impact on American families as the labor market is flooded with low-wage illegal-immigrant workers, we need to encourage still more mass migration,” McClintock said.

Up north, Canada’s Immigration Minister Sean Fraser said the need for more labor is so apparent that the issue is not nearly as divisive, and nativist arguments, like Canadian jobs belong to Canadians, just don’t have much traction.

Yet many jobs remain unfilled. Brenda Perkins-Meingast, nursing strategy senior director at University Health Network in Toronto, said her network of hospitals is 400 to 500 nurses short of what it needs.

“We are currently in a healthcare crisis and in a significant nursing shortage, so we really needed to get creative and innovative,” Perkins-Meingast said. University Health Network began a program this year to bring in more internationally educated nurses and help them get the additional training they need in Canada.

Rebecca Shi, head of the pro-immigration advocacy group American Immigration Business Coalition, says sectors at both the high end and the low end of the labor market in the U.S. are likely to suffer in the coming years without an increase on the number of foreign workers employers can hire. She said without more agriculture workers, the price of food will keep rising and affecting American families.

“At some point there is going to be consequences if they keep playing politics,” Shi said. “The reality is that we could soon become an importer of milk and that would cause prices to rise and could cause food insecurity.”

In a statement, U.S. Citizenship and Immigration Services said it “is committed to fairly and efficiently administering the lawful immigration system, increasing access to eligible immigration benefits, restoring faith and trust with immigrant communities and breaking down barriers in the immigration system, and the agency will continue to uphold America’s promise as a nation of welcome and possibility with fairness, integrity, and respect for all we serve.”