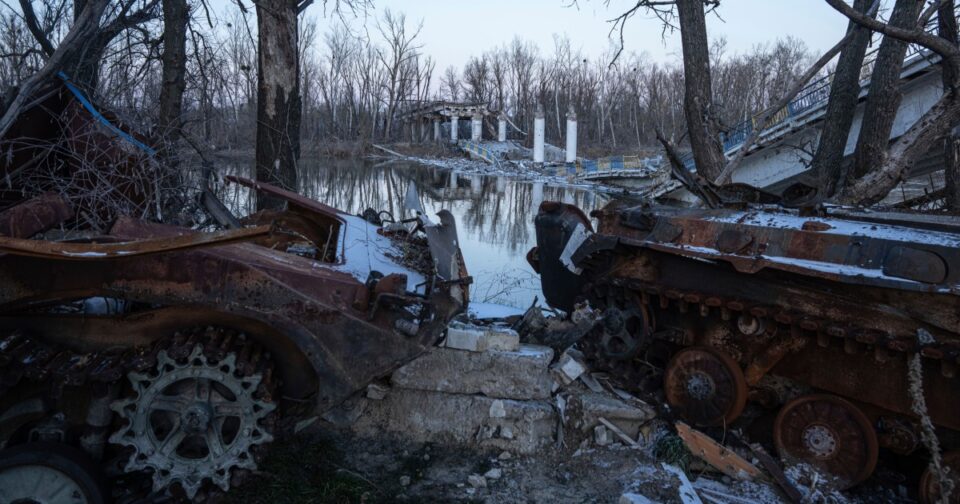 Russia’s bombing of regions in eastern Ukraine killed at least two people overnight, local officials said on Sunday, after Moscow ended a self-declared Christmas ceasefire and vowed to push on with combat until it reaches a victory over its neighbour.

President Vladimir Putin ordered a 36-hour ceasefire along the line of contact from Friday at midday to observe Russia and Ukraine’s Orthodox Christmas, which fell on Saturday.

Ukraine rejected the truce, and the general staff of Ukraine’s armed forces said Russian troops had shelled dozens of positions and settlements along the front line on Saturday.

A 50-year-old man died in the northeastern region of Kharkiv as a result of Russia’s shelling overnight, Oleh Synehubov, the governor of the region, said on the Telegram messaging app. The news came minutes after midnight in Moscow. One person was killed in another attack overnight on Soledar in the eastern Donetsk region, local officials said.

Reuters could not immediately verify this.

Most Ukrainian Orthodox Christians have traditionally celebrated Christmas on Jan. 7, as have Orthodox Christians in Russia. But this year, the Orthodox Church of Ukraine, the country’s largest, allowed also for a Dec. 25 celebration. Still, many observed the holiday on Saturday, flocking into churches and cathedrals.

The Kremlin said Moscow will press ahead with what it calls a “special military operation” in Ukraine, an invasion that it launched on Feb. 24 and that Kyiv and its Western allies call an unprovoked aggression to grab land.

Ukrainian officials reported blasts in regions that make up the broader Donbas region — the war’s frontline where fighting has been raging for months.

Pavlo Kyrylenko, governor of Donetsk, said that there were nine missile strikes on the region overnight, including seven on the battered city of Kramatorsk.

Blasts were also heard in the city of Zaporizhzhia, the administrative centre of the Zaporizhzhia region, a local official said, without giving any immediate report on damage or casualties.

Shellfire echoed on Saturday around the near-deserted streets of Bakhmut, an eastern city that is currently the focus of the most intense fighting.

Serhiy Haidai, governor of Luhansk in eastern Ukraine, said on TV there was heavy fighting in the region and Russian forces had deployed their most combat-ready units and heavy equipment to the city of Kriminna that they occupy, which he said meant the Russians were slowly retreating in the region.

With nighttime temperatures dipping to minus 5 degrees Fahrenheit, fighting activity would soon increase as hard frosts mean it is easier to move heavy equipment, Haidai added.

Ukraine’s President Volodymyr Zelenskyy said on Wednesday that Russia is planning a major new offensive. The Pentagon said on Friday that Putin’s aim of seizing Ukrainian territory has not changed, even if his military continues to suffer blows.

There has been growing concerns that Belarus — a staunch backer of Moscow — could be used as a staging post to attack Ukraine from the north after increasing military activity in the country and fresh transfer of Russian troops there.

Unofficial Telegram channels monitoring military activity in Belarus reported late on Saturday that some 1,400-1,600 Russian troops arrived from Russia into the northeastern city of Vitebsk in Belarus over the past two days.

Reuters was not able to independently verify the information.

LGBTQ people, both real and fictional, will be front and center at the Golden Globes