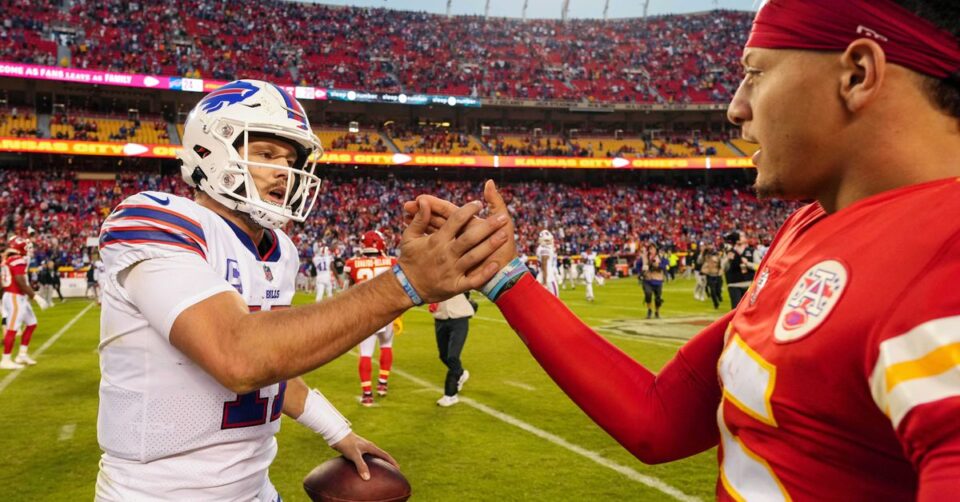 On Friday, all 32 NFL teams held a Special League Meeting to consider a resolution recommended by Commissioner Roger Goodell and approved on Thursday by the league’s Competition Committee to modify the AFC playoffs. The resolution comes in the wake of the league’s decision to cancel Monday night’s game between the Buffalo Bills and the Cincinnati Bengals, after Buffalo safety Damar Hamlin suffered cardiac arrest in the first quarter.

According to reporting, the proposal was approved by NFL owners.

Here is the full text of the resolution approved by league owners on Friday following their meeting:

In a statement released on Thursday night, the NFL noted that the proposal to be considered considered the following key factors. First, canceling the Bills-Bengals game would not impact what teams qualified for the postseason. The only ramifications from canceling the game impact seeding, and the AFC North title. Second, rescheduling that game would require pushing back the playoffs one week, impacting all teams that qualify for the postseason. Third, reaching a resolution prior to the start of Week 18 is “consistent” with the league’s competitive principles, and allows all teams to know the possibilities before their final game of the regular season.

The proposal to be considered addresses two elements: The AFC Championship Game, and the AFC North division title.

Under the proposed resolution, the AFC Championship Game will be played at a neutral site “if the participating teams played an unequal number of games and both could have been the number one seed and hosted the game had all AFC clubs played a full 17-game regular season. Those circumstances involve Buffalo or Cincinnati qualifying for the game as a road team.”

The league then outlined three potential scenarios for the AFC Championship Game.

In the first scenario, the Bills and the Chiefs both win or tie this weekend. That would leave Buffalo with a 13-3 record, and Kansas City with a 14-3 record. A potential AFC Championship Game between those two teams would be played at a neutral site.

In the third scenario, the Chiefs and Bills both lose this weekend, but the Bengals win. In this world, a Buffalo or Cincinnati vs. Kansas City championship game would be at a neutral site.

Under all of these scenarios, should one of these three teams square off with a team that could not have earned homefield advantage, then game sites would be determined by regular scheduling procedures. So, if the AFC Championship Game comes down to Buffalo and the Los Angeles Chargers for example, that game would be in Buffalo.

NFL Research provided this chart of the possibilities:

AFC North
The other aspect of the NFL’s proposal contemplates the AFC North. The Bengals could have clinched the division with a win Monday night over the Bills. However, if the Bengals lost to the Bills, and then the Ravens beat Cincinnati in Week 18, the Ravens would win the AFC North.

With the cancellation of the game, however, the NFL has determined that the Bengals are the AFC North champions, even if Baltimore wins on Sunday.

Here is where things get a little wonky. As stated by the NFL, “[i]f Baltimore defeats Cincinnati in Week 18 it will have defeated Cincinnati, a divisional opponent, twice but will not be able to host a playoff game because Cincinnati will have a higher winning percentage for a 16-game schedule than Baltimore will have for a 17-game schedule.”

So, even if the Ravens beat Cincinnati on Sunday, the Bengals remain division champions and will host a playoff game on Wild Card Weekend, despite Baltimore sweeping Cincinnati in the regular season.

Even more interesting? There is a scenario where Baltimore wins Sunday, and based on other results from around the AFC, the Bengals and the Ravens would square off on Wild Card Weekend. In that case, the league proposes a coin toss to determine homefield. “If Baltimore defeats Cincinnati and if those two clubs are schedule[d] to play a Wild Card game against one another, the side for that game would be determined by a coin toss. If Cincinnati wins the Week 18 game, or if Baltimore and Cincinnati are not scheduled to play one another in the Wild Card round, the game sites would be determined by the regular scheduling procedures.”

In closing the statement, Commissioner Goodell noted that the league recognizes that there is “no perfect solution.” The Commissioner states “[t]he proposal we are asking the ownership to consider, however, addresses the most significant potential equitable issues created by the difficult, but necessary, decision not to play the game under these extraordinary circumstances.”

Now, these are just proposals, which were recommended by the Commissioner and adopted by the league’s Competition Committee. To become effective, a 3/4ths vote of the league’s 32 owners — 24 teams — must approve the proposal. If nine teams vote against the proposal, the league would be left looking for a different resolution.

We will know more on Friday.

“NBA Does Anything for Money”:Sports World in Fumes Over Dog Owner Facing Trouble for Major Pokémon Tribute During Jazz vs Bulls