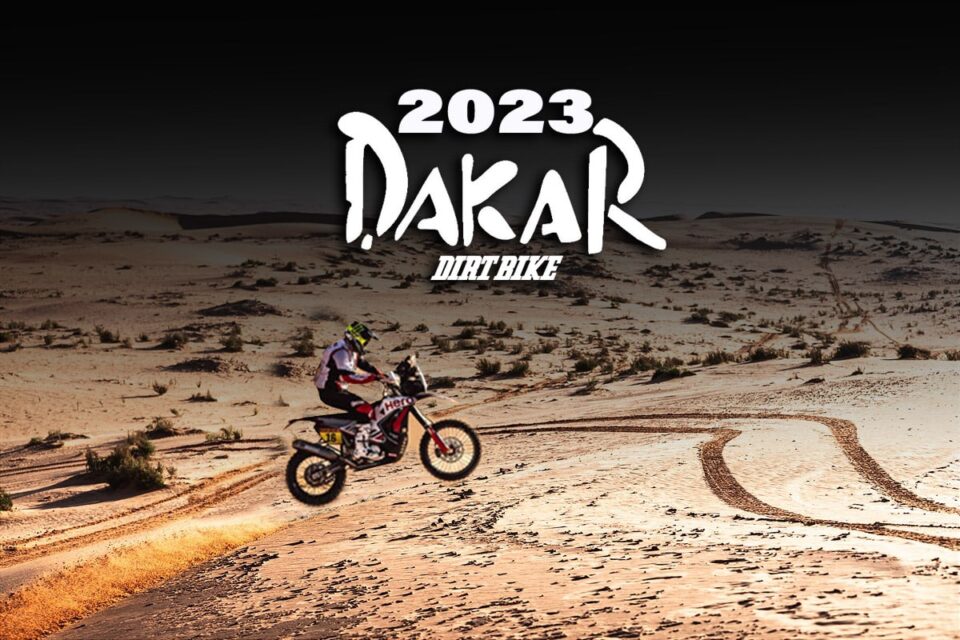 After the cancellation of stage 7, the 2023 Dakar rally resumed. It was a mixed day for the Americans. Mason Klein bounced back to lead most of the day after starting behind the front runners. He ended up second behind Ross Branch of the Hero Motorsports Team. Skyler Howes started up front and had minor navigation troubles and a speeding penalty that put him back in 20th. He now leads the standings by a scant 13 seconds over Kevin Benavides and Klein, who are now tied.

Mason Klein at the finish of stage 8Mason Klein: “I was doing my best today, and I really wanted to win this stage. Unfortunately, Ross just beat me. Pretty sad. I think I’m leading the overall, which makes me pretty happy going into the rest day. It was a really good day. I didn’t expect [to be at this level], but I really wanted it. I had a big crash in the dunes, not a big one, but it could have been really bad. I was doing a handstand for a really long time and I landed with both legs on the left side of the bike, I used the front brake and I had to drop the bike and crash on purpose to not go off the edge of the dune, it was pretty scary. I had to go pee twice today, I blame that for why I lost!”

Skyler Howes: “A tough day to open today. We ended up riding in a group of three at the front, and although I think we did a really good job with the navigation, we took a little while to do it. The dirt is really wet, so that leaves a perfectly clear line for anyone following, and of course it makes it far easier to make up time on those ahead. I’d rather lose a few minutes than be going home though, so overall, I’m happy with how the day turned out and I’m still ahead in the overall. It’s rest day now, and that’s always an important milestone to hit. We knew the first half of this year’s event would be tough, and it was! Time to relax a little now before focusing on the final push to the finish next week.”

For extended coverage of the 2023 Dakar Rally, click here.

The Bills returned the opening kickoff for TD against the Patriots, then did it again