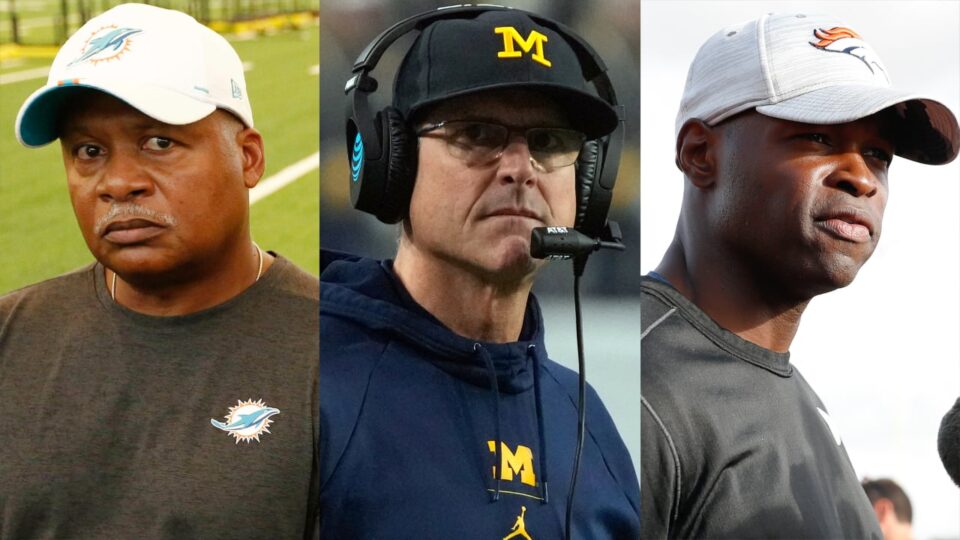 NFL.com is tracking all of the latest news, interviews and developments concerning coach and general manager vacancies around the league as the 2023 hiring cycle kicks into gear. The information below — sourced from NFL Media reports and official team announcements — will be updated in real time during the coming weeks.

NOTE: Navigate to different sections using the links below:

Head coach Matt RhuleDefensive coordinator Phil SnowRhule was fired on Oct. 10, five weeks into his third year with the Panthers. Rhule’s time in Carolina produced just an 11-27 record over two-plus seasons, including consecutive five-win campaigns and a 1-4 start in 2022. Steve Wilks served as the Panthers’ interim coach, leading Carolina to a 7-10 record and the brink of an NFC South title. Snow was fired along with Rhule.

Defensive coordinator Joe WoodsWoods was relieved of his duties on Jan. 9, one day after the conclusion of the 2022 regular season. Woods had been with the Browns since 2020.

Head coach Nathaniel HackettHackett was fired on Dec. 26 after a 4-11 start to his first season in Denver. Senior assistant Jerry Rosburg served as the Broncos’ interim coach for their final two games.

Head coach Lovie SmithSmith was fired on Jan. 8, hours after the Texans’ season-ending win over the Colts. Smith served as Houston’s head coach for just one season, leading the Texans to a 3-13-1 record. Smith is the second Houston coach in as many years to go one-and-done; David Culley was replaced by Smith during the 2022 offseason after a 4-13 season in 2021.

Head coach Frank ReichOffensive coordinator Marcus BradyReich was fired on Nov. 7 following a 3-5-1 start to the 2022 season. Reich generated a 40-33-1 regular-season record in four and a half seasons in Indy with a 1-2 postseason record. He was replaced by former Colts center and ESPN analyst Jeff Saturday as interim coach; Saturday’s Colts went 1-7 in eight games. Brady was fired one week before Reich after serving as OC for just over a season.

General manager Jon RobinsonOffensive coordinator Todd DowningRobinson was fired after seven seasons as Tennessee’s GM on Dec. 6. The Titans compiled a 66-43 record with Robinson in charge, including zero losing seasons. At the time of Robinson’s ouster, Tennessee had generated the ninth-highest winning percentage (.606) in the NFL since 2016. Titans VP of player personnel Ryan Cowden took over Robinson’s duties on an interim basis. Downing was fired as OC on Jan. 9. Downing had been with the organization since 2019. He was promoted from tight ends coach to offensive coordinator in 2021.

Defensive coordinator Dean PeesPees, 73, announced his retirement on Jan. 9 after 50 years of coaching in football. Pees had been Atlanta’s DC for the past two seasons.