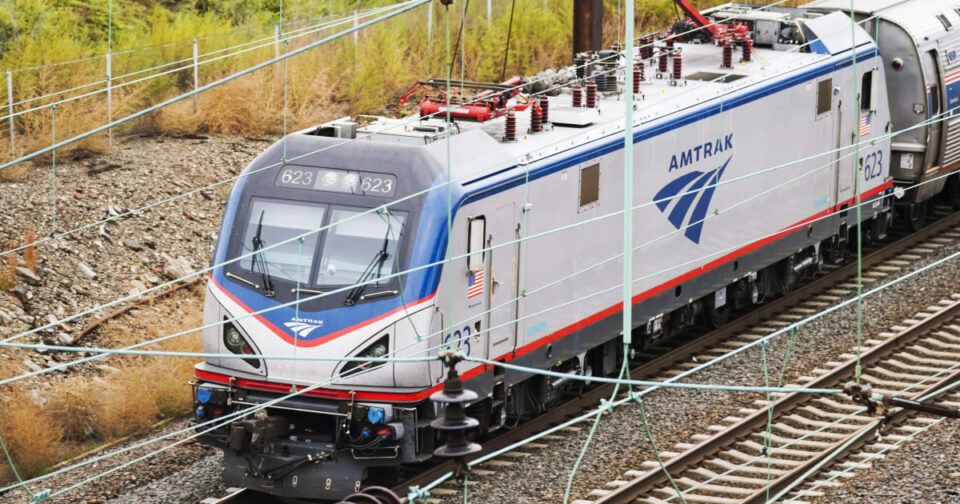 Passengers were stuck on an Amtrak train traveling from the D.C. area to Florida for almost a full day longer than expected after its route was diverted in rural South Carolina due to the derailment of a freight train.

For Michael McFadden and his family, what began as a fun trip to Florida to visit Legoland turned into a nightmare after a train ride meant to last around 17 hours turned into a more than 35-hour ordeal.

“We had a limited amount of time for our vacation and I feel like it’s just done,” McFadden, 47, told NBC News in a phone interview early Wednesday, still onboard the train with his wife and 7-year-old son.

The train had departed from Lorton, Virginia, at around 5:30 p.m. on Monday and was scheduled to arrive in Sanford, Florida, at around 10 a.m. Tuesday, McFadden said. But by 4:30 a.m. Wednesday, around 35 hours after the train’s departure, it had still not reached its destination, he said, adding that crew members had announced the train was expected to arrive at its destination at around 6 a.m.

McFadden, a software engineer for a media company, said his family had originally planned the trip for November, but they were forced to reschedule after their train was cancelled due to Hurricane Nicole.

“I just feel like I’m bad luck, that’s how I feel,” McFadden said.

The Amtrak Auto Train was impacted by “significant delays” after a CSX freight train derailed in South Carolina, a spokesperson for Amtrak said in a statement early Wednesday morning. The Amtrak train was detoured off its normal route in order to continue operating south, they said.

The spokesperson said passengers were provided with regular updates, along with meals, snack packs and beverages and said the train was expected to arrive in Sanford, Florida, early Wednesday morning.

McFadden said that if he had been given the option to get off the train, he would have, but he said passengers were told they would not be able to disembark from the train at any point. He also said that at one point, after he had posted a video of an Amtrak worker addressing passengers on YouTube, passengers were asked over the intercom to refrain from sharing videos and photos on social media.

He further questioned why the train was stopped at one point “in the middle of nowhere” for hours as the train waited for relief crew members to arrive.

“The question that we are asking is why did the train have to stop in the middle of nowhere — not even a small station, and have crew drive to the train?” McFadden said in an email.

McFadden said at one point his 7-year-old son was “convinced we could get off the train, he put on his shoes.”

“We had to tell him, ‘you can’t get off the train’. He was really sad about that,” he said.

Amtrak did not immediately respond to an overnight request for further information, including on why the train stopped where it did and how long exactly it was delayed in South Carolina.

McFadden said he felt that the situation “could have been handled (better) if somebody decided that revenue was not the most important thing.”

In October, passengers on an Amtrak train headed from Detroit to Chicago were also affected by major delays when a trip meant to take around five hours ended up taking nearly 20 after the train lost power, NBC Chicago reported. In that case, passengers were reportedly able to get off the train well before it reached Chicago.

Uganda’s latest Ebola outbreak is over, WHO and officials say