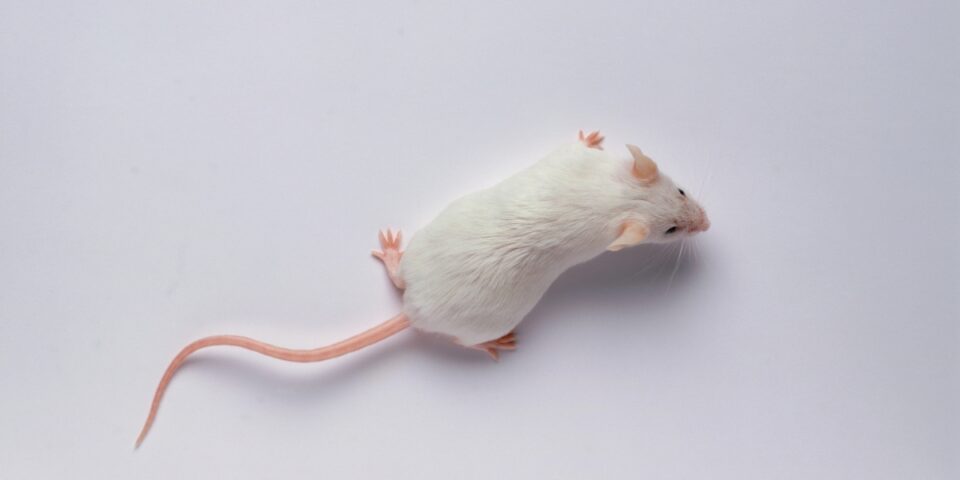 A small biotech company claims it has used a technology called reprogramming to rejuvenate old mice and extend their lives, a result suggesting that one day older people could have their biological clocks turned back with an injection—literally becoming younger.

The life-extension claim in rodents, made by Rejuvenate Bio, a San Diego biotech company, appears in a preprint paper on the website BioRxiv and hasn’t been peer reviewed.

The reprogramming technique, which involves resetting cells to a younger state, has been winning hundreds of millions in investment as a potential elixir of youth. Scientists had previously shown that it works on single cells in the laboratory, and they are now trying to determine if the rejuvenation effect also works in living animals.

The paper by Rejuvenate Bio is represents a widely anticipated proof that this method can indeed extend animal lives.

Noah Davidsohn, chief scientific officer of Rejuvenate, says the company used gene therapy to add three powerful reprogramming genes to the bodies of mice that were equivalent in age to human 77-year-olds.

Although the increase in lifespan was modest, the company says the research provides a demonstration of age reversal in an animal. “This is a powerful technology, and here is the proof of concept,” says Davidsohn. “I wanted to show that it’s actually something we can do in our elderly population.”

Scientists not connected to the company called the study an exciting landmark but cautioned that whole-body rejuvenation using gene therapy remains a poorly understood concept with huge risks. “It’s a beautiful intellectual exercise, but I would shy away from doing anything remotely similar to a person,” says Vittorio Sebastiano, a professor at Stanford University.

One risk is that the powerful programming process can cause cancer. Such an effect is often seen in mice.

Even so, the chance that reprogramming could be an elixir of youth has led to a research and investment boom. One company, Altos Labs, says it has raised over $3 billion.

In the lab, reprogramming works by exposing individual cells to a set of three or four proteins that are typically active in early-stage embryos. After several days of this treatment, even old cells will transform into youthful-acting stem cells.

The discovery of the reprogramming recipe earned a Nobel Prize for Japanese biologist Shinya Yamanaka in 2012.

Four years later, scientists at the Salk Institute decided to try the technique on living mice suffering from a premature aging condition, similar to a human disease called progeria. They exposed entire mice to the factors for brief periods of time and found that some survived longer.

The obvious next step, and one necessary to call reprogramming a true anti-aging intervention, was to show that it could extend the life of healthy mice, too.

“Everyone in the research community knows the killer experiment is to treat normal mice and see if there’s extended life span or overall better health,” says Martin Borch Jensen, creator of Impetus Grants, an organization that provides funding for aging research.

When several years passed without such a report, doubts began to increase if it would work. Hopes that scientists could create super long-lived mice began to fade. “Different groups have tried this experiment ,and the data have not been positive so far,” says Alejandro Ocampo, a biologist at the University of Lausanne, in Switzerland, who carried out the original experiments at Salk.

Last year, however, a first report emerged from a team working with mice that were genetically engineered from birth to produce Yamanaka’s special factors in their bodies. That team, at the  National Institute of Health and Medical Research, found a trend towards longer life span, but the report was considered preliminary.

In the case of the Rejuvenate research, the treatment was instead delivered using gene therapy—viruses specially designed to shuttle genes into cells. Davidsohn says that makes it similar to actual medical treatments people could get.

Mice live only months in the wild but can survive two to three years in the lab. Those in the latest experiment were already 124 weeks old when they got the drug—close to the end of their lives. Not only did the treated mice survive noticeably longer, according to Davidsohn, but they also scored better on measures of general health.

The amount of life extension observed is not in itself unprecedented. A US government program that tests drugs for their longevity effects has shown that several compounds, including the drug rapamycin, can prolong mouse lives by 5 to 15%.

But the mice have to take those drugs for much of their lives, whereas reprogramming has immediate effects.  “This is like you can do nothing for your whole life and still get the benefit,” says Davidsohn.

Rejuvenate is currently developing gene-therapy drugs for pet dogs and humans, including one designed to treat heart failure. But Davidsohn says that in the long term he believes it will be possible to rejuvenate human beings. “I wouldn’t be working on it if I didn’t believe that,” he says.

Far more information will be needed to learn exactly what changes the reprogramming genes cause in the mice, and researchers say other groups will need to repeat the experiment before they are convinced. “I’d like to see a separate group do something similar and go deeper onto what is actually happening,” says Borch Jensen.

Sebastiano says the life-extension effect reported by Rejuvenate could be due to changes in a single organ or group of cells, rather than a general mouse-wide rejuvenation effect. Among other shortfalls in its research, Rejuvenate did not carefully document which and how many cells were changed by the genetic treatment.

Several companies are now pressing forward with plans for reprogramming drugs, but they are picking recognized medical conditions and narrowing their efforts to specific organs.

Turn Bio, a company cofounded by Sebastiano, for instance, hopes to inject reprogramming factors into people’s skin to fight wrinkles or restart hair growth. Another company, Life Biosciences, is preparing to test whether reprogramming cells in the eye can treat blindness.