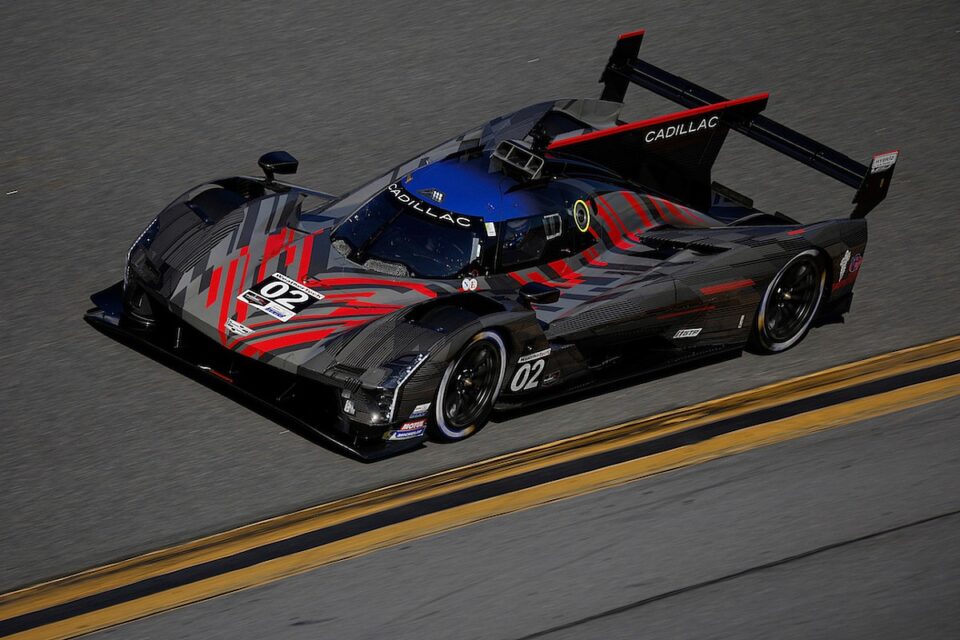 In the same month that Michael Andretti and Cadillac revealed their joint effort to join the F1 grid in the medium term future, Cadillac is set to debut its latest sports prototype, the V-LMDh, in the Rolex 24 Hours at Daytona.

There will be three examples in action – two run by Chip Ganassi Racing, one by Action Express Racing – and then one of those Ganassi entries will shift from IMSA to the WEC for the balance of the 2023 season.

Asked if the Andretti-Cadillac project would distract from the sportscar effort, Harvey responded: “No, we’re super excited about that opportunity as well.

“The process is in the very early stages. We’re looking to submit an Expression of Interest.

“From our perspective, it will complement what we do in this series. We don’t see it impacting this series in any way.”

He explained: “We have a pedigree of motor racing. It’s well over 70 years since we entered motorsport and have been very successful in a number of series over the years. The U.S. is massively important to us and the IMSA series is very important to us.

“In addition, we’re looking to complement it with the commonization of the regulations so we can compete in the World Endurance Championship. We sell Cadillacs throughout the globe and that gives us greater coverage and greater reach in geographical locations where we also look to perform.

“And then being able to complement what we do here with the opportunity, should we be successful, of entering Formula 1. We see that as another piece of the jigsaw puzzle and very fitting to the Cadillac brand and the heritage of both Cadillac Racing and General Motors Racing.

“It’s a big commitment. We believe that the partnership that we discussed last week is wonderful and gives us the ability to perform. We believe that we have a blend of skillsets across the organizations that means we can use the expertise from both parties to put together a package that ensures that we’ll be competitive.”

“It gives us the ability to transfer technology across to our road cars, whether it be looking at the aerodynamics as an example. Cadillac has our V-Series and our V-Series Blackwings, which are very successful.

“We work with IMSA to make sure we can maximize this opportunity and make sure we can replicate some of this on the road. We did the Track Editions last year that sold out virtually immediately, which shows in terms of the target audience that it dovetails into what we want to achieve.

“If you look at the powertrains this year and our stated ambition to be all-electric by 2030, we have the 5.5-liter V8 and the hybrid technology, so from that point of view we’re looking to learn, develop and look to further take those lessons into our EV portfolio as we move forward.”