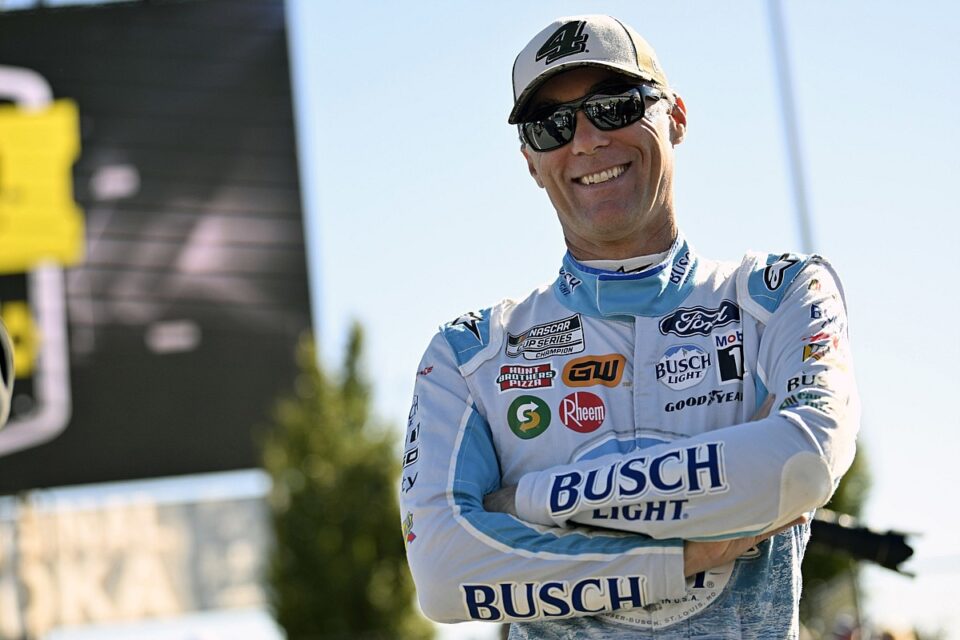 Harvick, 47, will retire from fulltime competition following the 2023 season and is expected to transition into the broadcast booth to be a TV analyst for Fox Sports’ NASCAR coverage in 2024, Motorsport.com has learned.

It is no secret the 2023 season is the final one in Harvick’s current contract with Stewart-Haas Racing as a Cup Series driver, but Harvick has yet to publicly rule out another extension.

As recently as early December, Harvick said his decision “could go either way” but was adamant it would be made prior to the start of the 2023 season.

As part of the expected deal with Fox in 2024, Harvick would work as an analyst alongside current lap-by-lap announcer Mike Joy and former NASCAR teammate Clint Bowyer.

Sources said Harvick is also expected to appear in the Fox booth for at least one race in both the Xfinity and Truck series each season, as well as occasional appearances on Fox’s weekday show during the season, “Race Hub.”

The addition of Harvick would come as Fox has makes several other changes this year, including the departure of longtime reporter Vince Welch and current Xfinity Series lap-by-lap announcer Adam Alexander taking on the same role in Trucks.

Since the departure of Jeff Gordon, who left the booth following the 2021 season, Fox Sports has used a rotation of guests to fill the third spot alongside Joy and Bowyer. Fox will utilize the same formula this season.

A spokesperson for Fox Sports said Wednesday night that the network has nothing to announce at this time.

Harvick’s affinity for future work in TV is also no secret.

He has made various guest appearances in the Fox booth in the network’s coverage of all three NASCAR national series in recent years with his work lauded by NASCAR fans.

“I feel fairly confident that being a part of TV side of things is something I want to do in the future,” Harvick said in a recent interview.

A driver willing to speak his mind
With Harvick, Fox would get a driver with a Hall of Fame-worthy career, who has had no problem speaking his mind on issues in NASCAR, including safety, the necessity to shakeup the Cup schedule and the importance of grassroots racing.

Read Also:
NASCAR stars partner to purchase CARS late model series
Harvick has become increasingly competitive in the twilight of his career, winning his first Cup Series title in 2014 at the age of 38 and securing 32 of his 60 Cup wins since then.

A Hall of Fame career
Despite being immersed in a 65-race winless streak for nearly two years, Harvick won back-to-back races in 2022 at Michigan and Richmond to make him one of just 10 drivers in series history to win at least 60 career races.

After finishing in the top-five in the series standings six times prior to his 2014 move to Stewart-Haas Racing, Harvick has finished outside the top-five only twice since, including three straight appearances in the Championship 4 from 2017 to 2019.

Among his wins, Harvick owns victories in the “crown-jewel” races of the Daytona 500, Coca-Cola 600, Brickyard 400 and Southern 500. The only other drivers in NASCAR history to accomplish this feat are the late Dale Earnhardt Sr., Gordon and Jimmie Johnson.

Harvick’s entry into the Cup Series came unexpectedly in 2001.

He was scheduled to run a partial Cup schedule that season with Richard Childress Racing while competing fulltime in the Xfinity Series, but the death of Earnhardt in a last-lap wreck in the Daytona 500 dramatically changed his career – and life.

RCR owner Richard Childress tapped Harvick as Earnhardt’s replacement in the No. 3 Chevrolet – rebranded as the No. 29 – and just weeks later Harvick came away from a side-by-side, last-lap battle with Gordon at Atlanta to emerge with his first series victory.

As the year continued, Harvick added another win at Chicagoland Speedway and finished ninth in the series standings, winning rookie of the year honors in his impromptu debut season.