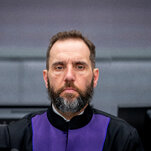 WASHINGTON — Jack Smith, the special counsel appointed to investigate former President Donald J. Trump, was already working 12-hour days before moving from his home in The Hague to Washington for a new job and an uncertain future.

The actions Mr. Smith has taken since he began in November suggest a prosecutor on the move to resolve concurrent investigations into Mr. Trump’s retention of government documents and his actions during the Jan. 6, 2021, attack on the Capitol before a presidential election in which his subject is a declared candidate.

He has asked prosecutors to stress-test potential charges related to Mr. Trump’s handling of national security documents after he left office. He has called back key witnesses to scrutinize their accounts and present more information before the grand jury. He has pushed investigators to issue dozens of subpoenas related to efforts to overturn the 2020 election. And he has interviewed players in Mr. Trump’s orbit to try to understand his mind-set when he held onto government records, and whether people connected to him have tried to influence witnesses.

But even as Mr. Smith — known to colleagues as a brisk and hard-charging prosecutor — pushes toward his goal of moving expeditiously, he faces headwinds that other special counsels have not. The challenges are unique to investigating Mr. Trump at a time when newly empowered House Republicans have established a committee responsible for investigating the investigators who they insist are targeting their party and the former president for political purposes.

His job only became more challenging this week after two disclosures that President Biden had retained classified documents from his time as vice president, which could force Attorney General Merrick B. Garland into appointing a second special counsel.

Before announcing Mr. Smith’s appointment, Mr. Garland knew that the president’s lawyers had found the classified documents on Nov. 2. A Justice Department spokesman would not say when Mr. Smith learned about the Biden documents and declined to comment for this article.

Should John R. Lausch Jr., the Trump-appointed U.S. attorney in Chicago assigned to review the Biden matter, recommend installing a special counsel, Mr. Smith would likely pay close attention to the outcome of that inquiry, even though it is a separate matter.

Mary McCord, a former top official in the Justice Department’s national security division, cautioned that the circumstances did not seem comparable based on what was publicly known so far, but she acknowledged that the Biden case could shape Mr. Smith’s work.

“Prosecutors look for cases with similar facts when making charging decisions to treat like cases comparably,” she said. “Where the facts are dissimilar, that may justify dissimilar treatment.”

This account of Mr. Smith’s early days is based on interviews with more than a dozen current and former investigators briefed on his work.

Some investigators on Mr. Smith’s team believe that any initial charging decisions, expected as early as this summer, will involve the investigation into whether Mr. Trump illegally kept classified materials at his Florida estate and obstructed repeated efforts to retrieve them. That case involves a more discrete set of facts than the sprawling examination into Mr. Trump’s actions leading up to the Jan. 6 attack on the Capitol.

Any charges would be legally and politically fraught, as would any decision not to charge the former president. While the possible criminal violations being scrutinized in the documents investigation are relatively straightforward, it is less clear what they might be in the investigation into Mr. Trump’s efforts to cling to power after his election loss.

Under Mr. Smith, prosecutors have subpoenaed a range of people, seeking documents that relate to vendors, lawyers and political officials affiliated with Mr. Trump, covering the period from October 2020 through September 2022, according to two people briefed on the documents.

The requests indicate that the special counsel’s office could be exploring how the former president and his inner circle raised and spent money: Were false election fraud claims used to raise funds? Who covered legal expenses for Mr. Trump’s associates? Did money pass through to people who were not disclosed?

Some of those questions hew closely to investigative leads that the Jan. 6 House committee pursued but did not present in its public hearings.

Mr. Smith’s fast-paced approach stands in contrast to past special counsels, whose investigations have dragged on as they hired staff members, explored new leads and navigated political land mines.

How Times reporters cover politics. We rely on our journalists to be independent observers. So while Times staff members may vote, they are not allowed to endorse or campaign for candidates or political causes. This includes participating in marches or rallies in support of a movement or giving money to, or raising money for, any political candidate or election cause.

Many inside the Justice Department admire Mr. Smith’s reputation for speed and thoroughness as a federal prosecutor, including in his trial work in the U.S. attorneys’ offices in Brooklyn and Nashville and a stint in Washington holding public officials to account in corruption cases.

But skeptics say that Mr. Smith’s confidence in his own abilities makes him a micromanager with relentlessly high expectations, comfortable with taking risks that others might not.

Critics and supporters alike say that he is drawn to the biggest and most difficult cases.

For the past three and a half years, Mr. Smith has been the top war crimes prosecutor at The Hague, which last month sentenced a former commander of the Kosovo Liberation Army to 26 years in prison for the ethnic cleansing that took place in the former Yugoslavia in the 1990s. It capped one of four significant cases and two convictions that Mr. Smith supervised during his time in the Netherlands.

Mr. Smith had no intention of leaving The Hague, but he could not resist the opportunity to oversee the extraordinary decision of whether to criminally prosecute a former president.

Mr. Garland had not heard of Jack Smith until last year, when it became clear that Mr. Trump and Mr. Biden were both likely to pursue the presidency, and the question of who could do the job overshadowed his meetings with top officials.

Marshall Miller, a top official under the deputy attorney general, Lisa O. Monaco, suggested Mr. Smith. They had worked together nearly 20 years earlier at the U.S. attorney’s office in Brooklyn, where Mr. Smith had cut a swaggering figure. He was known for his ability to sway a jury and for his prowess as a triathlete. He did not hesitate to prosecute the New York City police officers who brutally attacked a Haitian immigrant named Abner Louima in 1997, putting him at odds with one of the city’s most powerful organizations.

People who had been working on the Jan. 6 investigation in the U.S. attorney’s office in Washington strongly supported the suggestion. Those included Raymond N. Hulser, who had served as Mr. Smith’s deputy when he led the public integrity section from 2010 to 2015, and J.P. Cooney, a longtime public corruption prosecutor in the Washington office who had worked with both men on high-profile cases against top political figures.

Mr. Garland met with Mr. Smith in Washington in the fall before announcing on Nov. 18 that he would be “the right choice to complete these matters in an evenhanded and urgent manner.”

“Jack Smith has built a reputation as an impartial and determined prosecutor, who leads teams with energy and focus to follow the facts wherever they lead,” Mr. Garland said.

Mr. Trump and his allies have wasted little time in trying to undercut Mr. Smith, pointing to his wife’s donations to President Biden’s 2020 campaign and her work with Michelle Obama.

Mr. Smith in fact served as the acting U.S. attorney in the middle district of Tennessee at the start of the Trump administration and told colleagues he would have remained in the role had he not been passed over for the appointment.

Still, the attacks are in keeping with Mr. Trump’s repeated broadsides against law enforcement, including prosecutors on the Mueller team who were registered Democrats; Mr. Mueller himself, despite being a Republican; and Andrew G. McCabe, the former deputy director of the F.B.I. whose wife ran as a Democrat for Virginia State Senate.

Some aspects of the Trump investigations have not changed much. Many of the career prosecutors working on the cases, like Mr. Hulser and Mr. Cooney, have stayed on, only now under the auspices of the special counsel’s office.

But Mr. Smith can be far more transparent than a typical federal prosecutor, who is barred from discussing criminal cases outside of indictments and other court filings. A special counsel submits a report to the attorney general that details any investigative steps and whether charges are warranted. Mr. Garland can release that information to the public.

Internally, some investigators have been struck by Mr. Smith’s intensity. In briefings, he is blunt and efficient. He pushes people to look for weaknesses in their assertions and to consider points of view they may have missed.

His early interactions with investigators would be familiar to former colleagues, including his desire to be deeply involved in almost every aspect of an important case, which can irk senior and seasoned prosecutors. He aims to figure out how a smart defense lawyer would attack the government’s strongest arguments. He meets with key witnesses to pressure-test their testimony and determine whether they can withstand the rigor of a jury trial.

When prosecutors believe they have a viable case, Mr. Smith has their teammates grill them for hours to find flaws. He is known for being able to see when a case should be closed because the evidence is insufficient, a combination of skill and will that can be difficult to deploy in high-pressure matters.

But Mr. Smith may not be able to counter every weakness, including blind spots on his own team.

When he led the public integrity unit, the Justice Department lost a high-profile campaign finance case against John Edwards, the former Democratic presidential candidate. And a bribery case against Senator Bob Menendez, Democrat of New Jersey, which Mr. Hulser and Mr. Cooney worked on, all but sputtered: The trial ended in a hung jury, a judge dismissed several charges, and the Justice Department ultimately withdrew the rest.