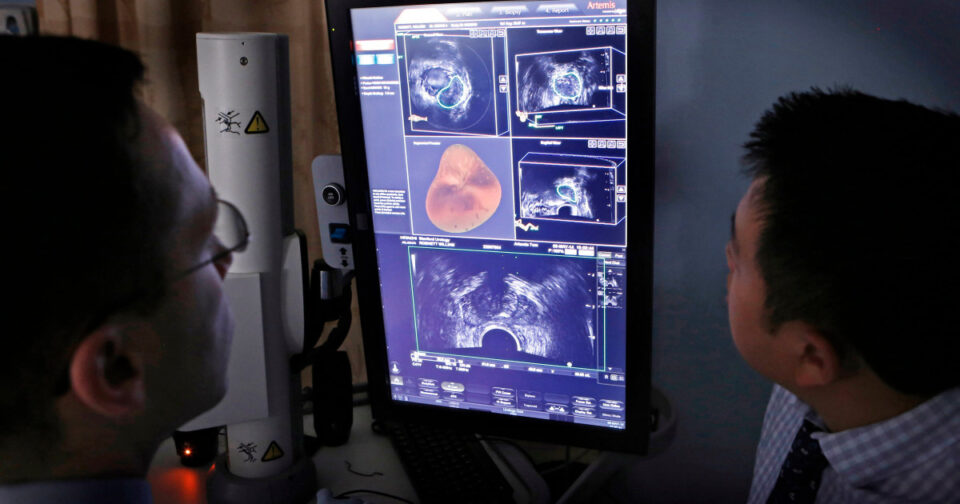 More men are being diagnosed with advanced prostate cancer that is less likely to respond to treatments, a new study from the American Cancer Society suggests.

Prostate cancer, which is the second leading cause of cancer death in men in the U.S., rose by 3% yearly from 2014 to 2019 after two decades of decline, with the increase mostly driven by diagnoses of advanced disease, researchers reported Thursday in CA: A Cancer Journal for Clinicians.

The increases are “worrisome,” said the study’s lead author, Rebecca Siegel, senior scientific director of surveillance research at the American Cancer Society. That’s because prostate cancer that has spread to distant sites beyond the organ is “extremely difficult to treat,” Siegel said. “There is no durable cure for those with metastatic disease,” she added.

The rise in cases of deadly prostate cancer may be partly linked to recommendations against prostate-specific antigen, or PSA, screening for healthy men, experts suggest.

In the new report, Siegel and her colleagues found that the diagnosis of advanced stage prostate cancer increased by 4% to 5% annually since 2011.

Once prostate cancer has spread far from the original tumor, the prognosis is grim. The five-year survival rate for these cancers is 32%, according to Siegel.

Even more concerning than the rise in advanced cancer diagnoses is the increased number of prostate cancer deaths.

In 2017, an estimated 26,730 men died from prostate cancer, while in 2022, that number rose to approximately 34,500, said Dr. Ash Tewari, chair of urology at the Icahn School of Medicine at Mount Sinai in New York.

Black men had a 70% higher incidence of prostate cancer than white men. Death rates from prostate cancer were two to four times higher in Black men than men in every other racial and ethnic group, the researchers found.

In 1994, the Food and Drug Administration approved the use of measurements of the prostate specific antigen (PSA) to be used as part of a screening test for prostate cancer. That changed a decade later.

In 2008, the influential U.S. Preventive Services Task Force recommended against PSA screening for men ages 75 and older. The concern was that doctors were diagnosing and treating too many men whose prostate cancer might progress so slowly that the men would die of something else before it became a problem. Treatments could lead to potential side effects such as incontinence and sexual dysfunction.

In 2012, the USPSTF advised against routine screening for all men.

Then in 2018, the group took the guidance further, saying that men ages 55 to 69 should make an individual choice about screening after talking with their doctors. The group advised against screening for men 70 and up.

“We definitely had a problem with overdiagnosis and overtreatment,” said Dr. Samuel Haywood, a staff urologic oncologist at the Cleveland Clinic. “So the USPSTF changed the guidelines and that resulted in a decrease in screening and incidence. This study suggests that the worries we had then — that there might be an increase in the development of advanced disease — might have been right.”

The changes in the USPSTF guidelines were less of a problem for urologists than primary care physicians because the American Urological Association came up with its own guidelines that suggested using the PSA to screen men 55 to 69 who had an average risk for prostate cancer, Haywood said.

It’s likely that primary care physicians who need to screen for a host of different cancers weren’t checking the AUA guidelines.

“We think some men were not getting screened,” Haywood said, adding that it’s possible that some of those men are now being diagnosed with advanced cancer.

The solution isn’t to go back to the days when men with slow-growing cancers were receiving treatments that adversely affected their quality of life, Tewari said.

“We need to be smarter in using imaging, we need to minimize the number of biopsies, we need to recruit more patients for active surveillance and work together in minimizing this trend of more death and possibly more metastatic diseases at the time of diagnosis,” he said.

Linda Carroll is a regular health contributor to NBC News and Reuters Health. She is coauthor of “The Concussion Crisis: Anatomy of a Silent Epidemic” and “Out of the Clouds: The Unlikely Horseman and the Unwanted Colt Who Conquered the Sport of Kings.”