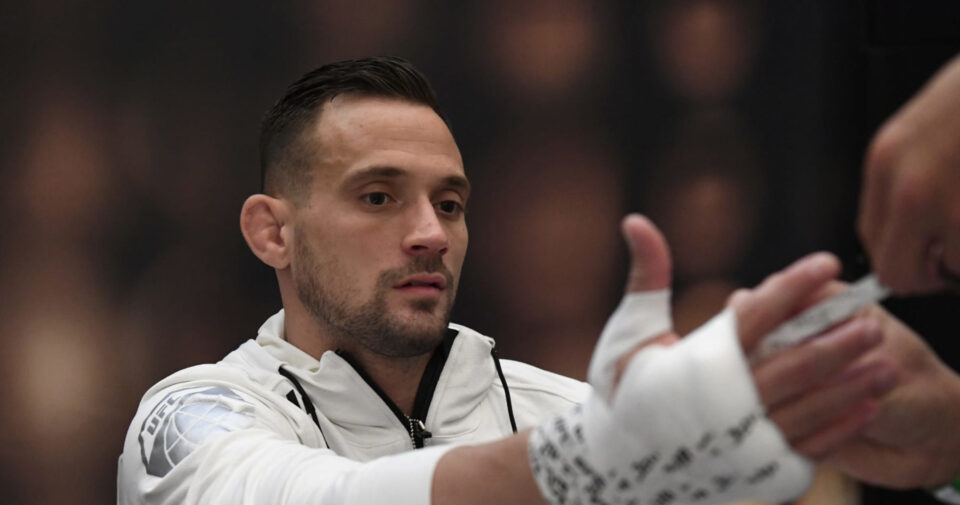 The Nevada State Athletic Commission suspended MMA coach James Krause’s license after the discovery of suspicious betting patterns in the lead-in to a Nov. 5 fight involving his client, Darrick Minner, and Shayilan Nuerdanbieke, who won via first-round TKO stoppage.

Now word comes from ESPN’s David Purdum that Krause allegedly worked as a middle man between offshore sportsbooks and bettors:

“James Krause, 36, has worked as an agent — the term for a middleman between offshore sportsbooks and bettors — for ABCBetting.ag, according to people who wagered with him as far back as 2019. The .ag domain is for sites in Antigua and Barbuda.”

“Krause also has publicly acknowledged being part of an online betting group that employed sophisticated tactics, including taking over other bettors’ sportsbook accounts to circumvent betting limits.”

Per ESPN’s Marc Raimondi, a large sum of money was wagered on Nuerdanbieke, who was the pre-match favorite, to win by first-round knockout and for the fight to end before three rounds elapsed, according to U.S. Integrity.

Minner appeared injured going into the bout, and he was hobbled early in the match after throwing a kick with his left leg early in the first round. Nuerdanbieke took advantage of the situation and eventually finished off his opponent with elbow strikes at 1:07.

The UFC made clear that it had “no information that either of the athletes involved in the bout, or anyone associated with their teams, was involved in any wrongdoing.”

As far as Krause’s alleged involvement with offshore books goes, numerous bettors who spoke to Purdum anonymously provided information regarding what the ex-fighter did specifically.

“He asked if I wanted to bet with him and gave me a username and password,” a source told ESPN. “I think I won like a couple hundred bucks, and I ended up playing it through and losing.”

Krause also allegedly told bettors he would give them kickbacks if they referred anybody to him.

Krause previously had a subscription service called 1% Club on Discord where he gave his MMA betting tips. The 1% Club Discord was shut down three weeks after the controversial Nuerdanbieke-Minner fight in question.

Krause went 28-8 during his professional MMA career, which ended in Oct. 2020. The two-time Fight of the Night winner fought at welterweight.

Krause coached fighters at Glory MMA and Fitness gym in Lee’s Summit, Missouri, with his most notable client being current Interim UFC Flyweight Champion Brandon Moreno. He has since sold his ownership in the gym. In addition, UFC stated in December that anyone who continued to work with Krause would be suspended from fighting for the promotion.

Per Purdum, Krause did not respond to requests for comment, and he has not spoken publicly on the matter.

Subban to be honored by Canadiens before game against Predators