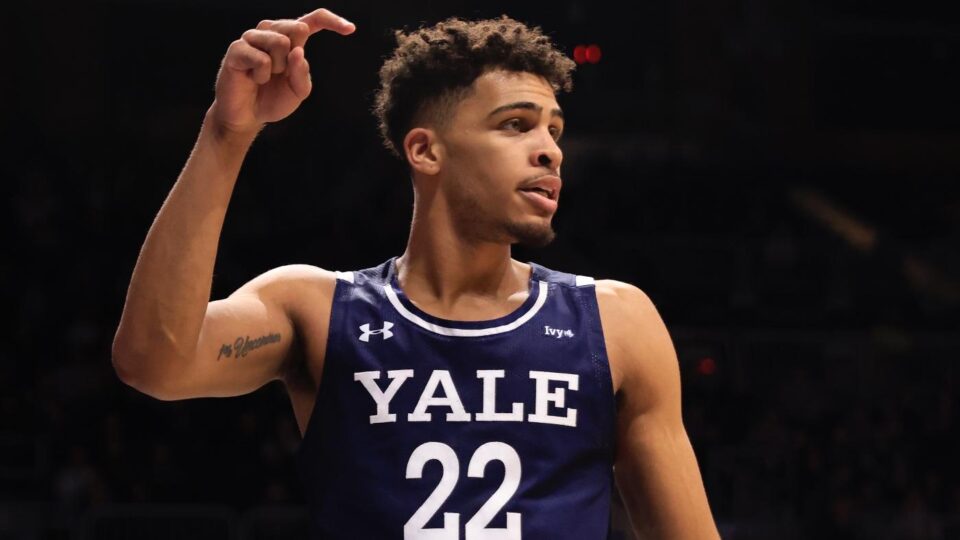 The Cornell Big Red will look to build a winning streak over the Yale Bulldogs when they meet in Ivy League action on Friday afternoon. The Big Red (12-4, 2-1 Ivy), who are coming off a 75-68 loss to Princeton on Saturday, look to win their second consecutive game against Yale. Cornell snapped a 16-game losing streak in the series in the last meeting between the teams last February. The Bulldogs (11-5, 1-2), who defeated Harvard 58-54 on Saturday, have lost two of three and four of seven. Yale leads the all-time series 119-111, but Cornell holds a 65-48 advantage in games played at Ithaca.

Tip-off from Newman Arena in Ithaca, New York, is set for 5 p.m. ET. The Big Red are 1.5-point favorites in the latest Yale vs. Cornell odds from Caesars Sportsbook, while the over/under for total points scored is set at 144.5. Before making any Yale vs. Cornell picks, be sure to check out the college basketball predictions and betting advice from the SportsLine Projection Model.

The SportsLine Projection Model simulates every Division I college basketball game 10,000 times. The model enters Week 9 of the season 34-18 on all-top rated college basketball picks, returning more than $1,000 for $100 players. Anybody who has followed it has seen profitable returns.

Now, the model has set its sights on Yale vs. Cornell and just locked in its picks and CBB predictions. You can visit SportsLine now to see the model’s picks. Here are the college basketball odds and betting lines for Yale vs. Cornell:

Sophomore guard Nazir Williams will look to get back on track against Yale. He was held scoreless against Princeton and to just eight points at Dartmouth on Jan. 1. He has reached double-figure scoring in 13 of 16 games, including one double-double. He scored 12 points and grabbed 10 rebounds in a 79-70 win over Canisius on Nov. 22. Williams had a season-high 23 points in an 86-70 victory over Binghamton on Dec. 29.

Why Yale can cover Junior forward Matt Knowling leads the way for the Bulldogs. In 13 games, including 12 starts, he is averaging 15.8 points, 4.9 rebounds and 1.8 assists per game. He has reached double-digit scoring in each of his last three games, including a 17-point and four-rebound effort in an 81-77 loss at Dartmouth on Jan. 6. He has scored in double figures in 11 games, including 20 or more points four times. His best performance was a 26-point, six-rebound effort in a 74-60 win over Eastern Washington at the Rainbow Classic on Nov. 11.

Senior forward E.J. Jarvis is coming off a number of solid performances, including an 18-point, eight-rebound effort against Harvard. He registered his first double-double of the season at Monmouth on Dec. 22. In that game, he scored 14 points and grabbed 11 rebounds. For the year, Jarvis averages 10.5 points, 4.9 rebounds and 1.3 blocks.

How to make Yale vs. Cornell picksSportsLine’s model is leaning over on the total. In fact, it says Yale’s Matt Knowling will score one-half point more than what he has been averaging over the past four games, while Cornell’s Greg Dolan will score 1.5 more points than he has averaged the last two games. It has also generated an against-the-spread pick that cashes in over 60% of simulations. You can only get the model’s pick at SportsLine.