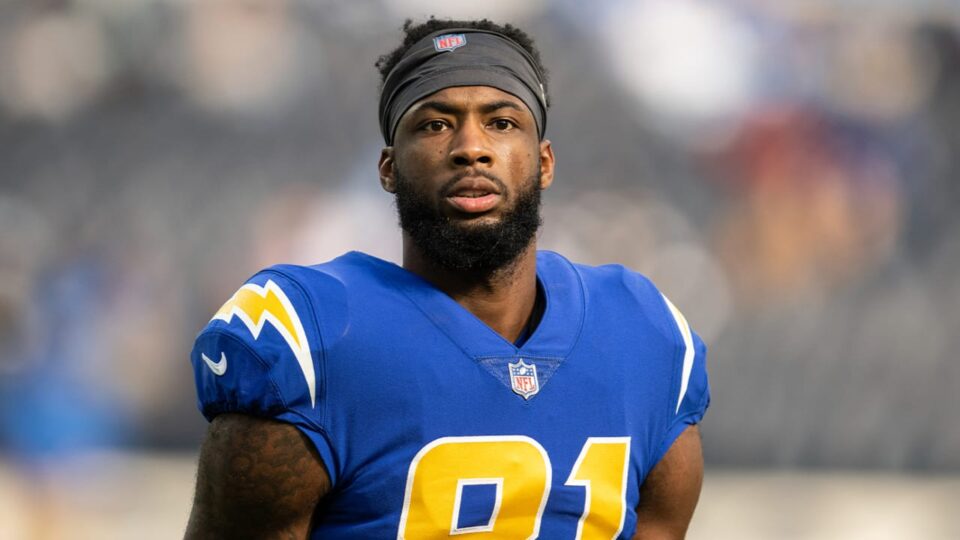 Justin Herbert won’t have his leading wide receiver for Super Wild Card Weekend after all.

Chargers WR Mike Williams (back) has been downgraded to out for Saturday’s wild-card game versus the Jacksonville Jaguars, the team announced Friday.

While an initial X-ray and MRI came back negative, Williams underwent further testing Friday morning that revealed a fracture in his back, NFL Network Insider Tom Pelissero reports, per sources. The injury will likely sideline Williams for a couple of weeks, per Pelissero.

Williams, who was previously listed as questionable after missing practice all week, will remain in Los Angeles to continue treatment on his back injury. Williams suffered the injury late in Los Angeles’ Week 18 road loss to the Denver Broncos.

Leading the Chargers with 895 receiving yards in 13 games played this season, Williams’ presence on the field has had a great effect on Herbert’s third-down passing efficiency. The Chargers quarterback is averaging 7.7 yards per attempt with seven TDs, one interception and a 108.6 passer rating with Williams playing and mustering 5.8 YPA, no TDs, two INTs and a 61.8 passer rating without Williams.

The Chargers offense has also averaged 3.5 points and 50-plus yards per game more with Williams in the lineup this season.

The downgrade of Williams offers some clarity going into the Chargers’ first playoff game since 2018, but Herbert will have to make his postseason debut without the big-bodied target who fits harmoniously with his big-play arm.

Los Angeles elevated defensive lineman David Moa and running back Larry Rountree III from the practice squad upon ruling out Williams on Friday.