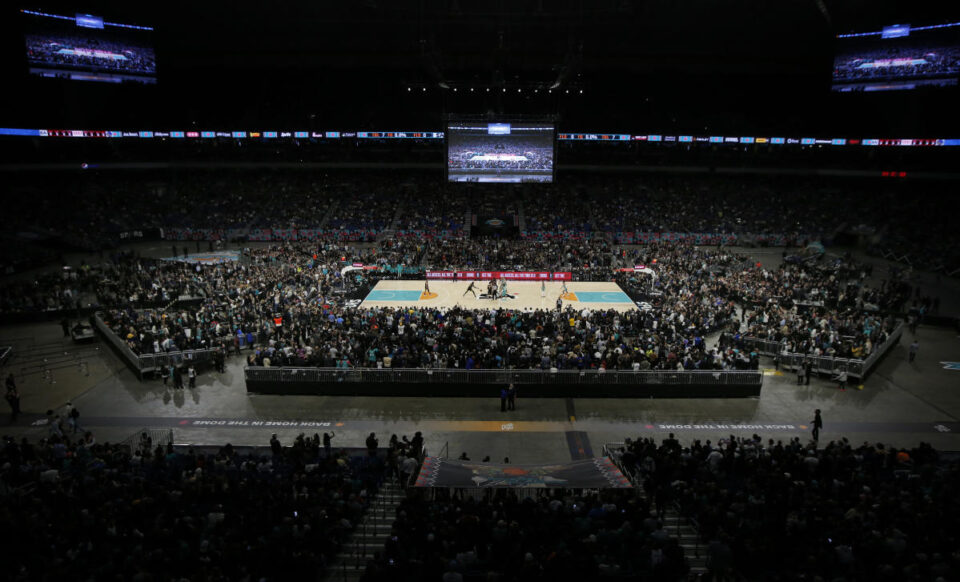 The San Antonio Spurs might be 13-30, but they’ve got the entire NBA beat in one area of the record book.

With a crowd of 68,323 fans, the Spurs broke the NBA single-game attendance record on Friday against the Golden State Warriors. The increased attendance came thanks to a special game played at the team’s former home at the Alamodome as part of a celebration of its 50th anniversary.

The previous record of 62,046 fans was held by a game at the Georgia Dome on March 27, 1998 between the Atlanta Hawks and Michael Jordan’s Chicago Bulls, the team documented in ESPN’s “The Last Dance.” The total was big enough to move the Spurs from 29th in the NBA in attendance to 15th, per the Associated Press’s Tim Reynolds.

The Spurs’ fans certainly treated the game, a 144-113 loss, like a special occasion:

The Spurs were widely expected to break the record entering the game after announcing they had sold 63,592 tickets on Wednesday, in boldly succinct fashion.

While the team’s crowd on Friday is the biggest any one team has seen, the NBA record for most fans at any event still belongs to the 2010 All-Star Game, which drew 108,713 fans to the Dallas Cowboys’ AT&T Stadium.

As part of the anniversary celebration, the Spurs also brought back some familiar faces:

To announce the record-breaking attendance number, the Spurs turned to Hall of Fame center David Robinson.

The night was a special occasion for a fan base and team that earned it. The Spurs could hardly be described as good this year — they currently sit second-to-last in the Western Conference — but the power of the team’s history was clear on Friday.

Not only was there plenty to celebrate over their last 50 years, like five NBA championships and some of the NBA’s most beloved Hall-of-Famers, they’ve also built one of the league’s most passionate fanbases in San Antonio, a city of more than a million people with only one team in the four major North American men’s leagues.