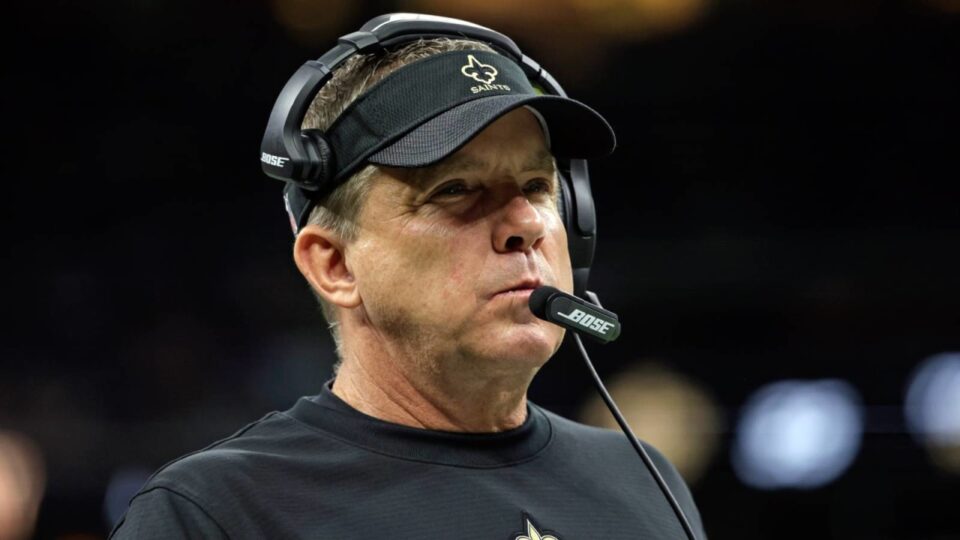 The Sean Payton saga kicks into high gear when he interviews with the Broncos on Tuesday in Los Angeles — a pursuit that will have ripple effects on the rest of this hiring cycle.

The Texans and Cardinals also have permission from the Saints to speak with Payton about their jobs, and sources say those interviews should happen next week as well, assuming Denver doesn’t move to lock up Payton first.

Payton has done homework on all three potential landing spots and all three are considered viable options. General manager Mickey Loomis told reporters those teams were made “well aware” of the compensation the Saints want in exchange for Payton, who announced last January he was leaving the team but remains under contract with New Orleans through the 2024 season. The Saints are expected to ask for a first-round pick and more, and three teams are still in it, indicating they’re willing to at least consider paying that price.

All clubs must comply with the Rooney Rule — including conducting in-person interviews with at least two external minority candidates — before offering the job or executing a trade for Payton. But things could ramp up quickly once those teams meet with him face-to-face next week.

Here’s a look at where all five current head coaching searches stand entering Super Wild Card Weekend, based on conversations with sources familiar with the process:

University of Michigan coach Jim Harbaugh interviewed virtually for more than two hours this past Monday and might have an in-person interview at some point, if the school doesn’t sign him to an extension first. Along with Payton, Harbaugh entered the process among the favorites for the Broncos’ new regime and would be the type of big fish Denver’s new ownership wants to reel in. But they also hope to speak next week with Cowboys defensive coordinator Dan Quinn, who interviewed for the job last year. Quinn has a close relationship with Broncos GM George Paton and would be a strong candidate for the job if he’s willing to engage with Denver again. 49ers DC DeMeco Ryans will also likely interview next week. The Broncos already interviewed their current defensive coordinator Ejiro Evero, former Stanford coach David Shaw and former NFL coach Jim Caldwell this past week, and still plan to interview Rams DC Raheem Morris after Payton on Tuesday in L.A.

The Colts are scheduled to interview Eagles offensive coordinator Shane Steichen and Lions defensive coordinator Aaron Glenn today, wrapping up the first phase of their process. (They also interviewed special teams coordinator Bubba Ventrone, Chiefs OC Eric Bieniemy, Broncos DC Ejiro Evero, Lions OC Ben Johnson and Rams DC Raheem Morris in recent days). But the expectation is they’ll put out more interview requests in the next few days for coaches who are in wild-card games and thus ineligible to interview last week. Interim coach Jeff Saturday also remains a candidate and, at least in the mind of owner Jim Irsay, perhaps the man to beat for the job despite his limited coaching experience and 1-7 record after taking over for Frank Reich.

The Panthers also interview Shane Steichen today – their only virtual interview with a current NFL assistant, saving most of their candidates for in-person sessions once those are allowed starting Tuesday. Ben Johnson, whose name is hot in this cycle, is among those expected to travel to meet with owner David Tepper and is set for an in-person interview on Jan. 18. The team also has requested interviews with several other OCs, including the Giants’ Mike Kafka, the Cowboys’ Kellen Moore and the Bills’ Ken Dorsey, in addition to DCs DeMeco Ryans and Jerod Mayo, who is expected to stay with the Patriots. Interim coach Steve Wilks, who made his case with a 6-6 finish after replacing Matt Rhule, remains a candidate after interviewing last week. Carolina has also interviewed Jim Caldwell and Frank Reich.

Houston today interviews Eagles DC Jonathan Gannon, who got two interviews for the job a year ago before the surprise hiring of Lovie Smith and has a good relationship with GM Nick Caserio. Gannon is expected to be among the top candidates. But it remains early in Houston’s process. They’ve also spoken with Ben Johnson and Shane Steichen. Ejiro Evero and Rams assistant head coach Thomas Brown are expected to fly to Houston for interviews next week. The team also has requests out for Mike Kafka and DeMeco Ryans, a former Texans player who would be a fan favorite. The candidate list has skewed very young as the Texans seek the right leader for a young team. But Sean Payton’s name looms large here as well, with the chance to build from scratch with a lot of cap space and draft picks, including No. 2 overall in 2023.