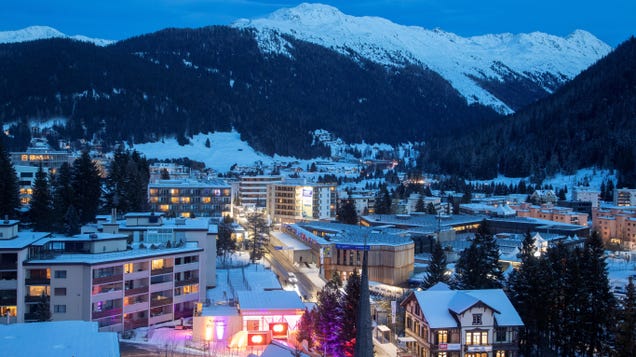 The world’s decision-makers are gathering in Switzerland this week for the World Economic Forum meeting. The annual event of business and government leaders is expecting a solid turnout as it returns to its traditional winter time slot following two years of covid disruptions.

According to the official list, which is accurate as of Jan. 10, 2,658 attendees are registered for the event. Among them are heads of state, business royalty, actual royalty, media honchos, and academics. There are hundreds more participating on the sidelines, whether organizing, catering, or attending corporate events along the promenade that cuts through the center of Davos.

Let’s take a brief look at the breakdown of official participants who might be spotted on the Swiss slopes in the coming week.

Over 100 countries and regions are represented this year at Davos. With 703 people registered, Americans constitute 27% of all participants. All told, two-thirds of the attendees are from 10 nations.

While there will be plenty of wealth concentrated in the mountain resort, nine of the world’s ten richest people will be missing. The exception: Gautam Adani, chairman of India’s Adani Group and currently the third-richest person in the world, according to Forbes. He also attended the 2022 WEF meeting, which was delayed until May because of covid.

It’s common for heads of state and other high-level government officials to show up in Davos. This year, there is only one G8 leader: Olaf Scholz, the chancellor of Germany. He won’t be lonely, though; the heads of at least 40 nations will make an appearance, including Belgium, Colombia, Ecuador, Finland, Greece, Iraq, Korea, Mozambique, Pakistan, South Africa, Spain, and Zimbabwe.

Other public figures planning to attend include:

For the most-represented nations, however, the majority of attendees are not public officials.

There will be at least 634 CEOs in Davos this year, or nearly one in four attendees. Big names include:

Some companies send large delegations to the event. Ten organizations have seven or more participants registered. One of the top ten is Stanford University.

📰 Members of the media at Davos

Hundreds of journalists from around the world will descend on Davos this week. In fact, two of the ten companies with the most representatives are media organizations: CNBC and the Wall Street Journal.

Additional attendees include a handful of well-known names, and a bit of royalty:

The Download: crypto in the Congo, and a chip design milestone