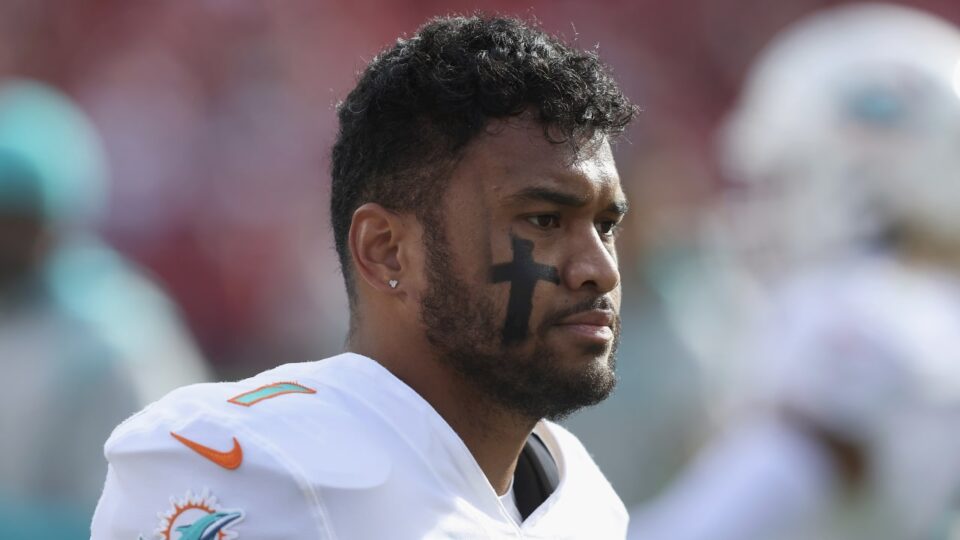 It’s a situation Miami has prepared for all week with Thompson being the healthiest option entering Sunday. Starting QB Tua Tagovailoa remains in concussion protocol and his primary backup, Teddy Bridgewater, is still dealing with a dislocated pinkie in his throwing hand.

While Bridgewater is healthy enough to serve as Thompson’s backup against Buffalo, at least, Tagovailoa will likely be out again next week should the Dolphins advance to the Divisional Round, NFL Network Insider Ian Rapoport reported on Sunday.

“He has not progressed past the aerobic activity part of the protocol, which means he can get on the treadmill, he can be in the weight room,” Rapoport said on NFL GameDay Morning. “He has not yet been on a football field working. That does not bode well at all for his participation next week if the Miami Dolphins advance.”

Tagovailoa, who was placed in the league’s protocol on Dec. 26, missed the Dolphins’ final two regular-season games after suffering his second concussion of the 2022 season. The injuries turned what had been a breakout season into a harrowing one for the 24-year-old, but it’s not expected to be the conclusion of his story in Miami or the NFL.

Rapoport reports that retirement is “not on the table” for Tagovailoa and he’s expected to be back for the 2023 season, but he’s “not looking great to play this year.”

Dolphins head coach Mike McDaniel unlocked Tagovailoa’s potential in his first season in Miami. The former No. 5 overall pick totaled 3,548 passing yards, 25 touchdowns and eight interceptions in 13 games played, and helped produce a pair of 1,000-plus yard receivers in Tyreek Hill (1,710; seven TDs) and Jaylen Waddle (1,356; eight TDs), who combined for the third-most receiving yards (3,066) by a teammate duo in league history, per NFL Research.

Continuing that coach-quarterback marriage figures to only further Tagovailoa’s tremendous improvement and maintain Miami’s high-flying offense in 2023. The Dolphins will have to make a decision on Tagovailoa’s future in Miami in deciding whether or not they pick up the fifth-year option of his rookie contract this offseason.

Who is Dolphins QB Skylar Thompson, and why is he starting against the Bills?

2 killed in shootout with federal agents near Puerto Rico