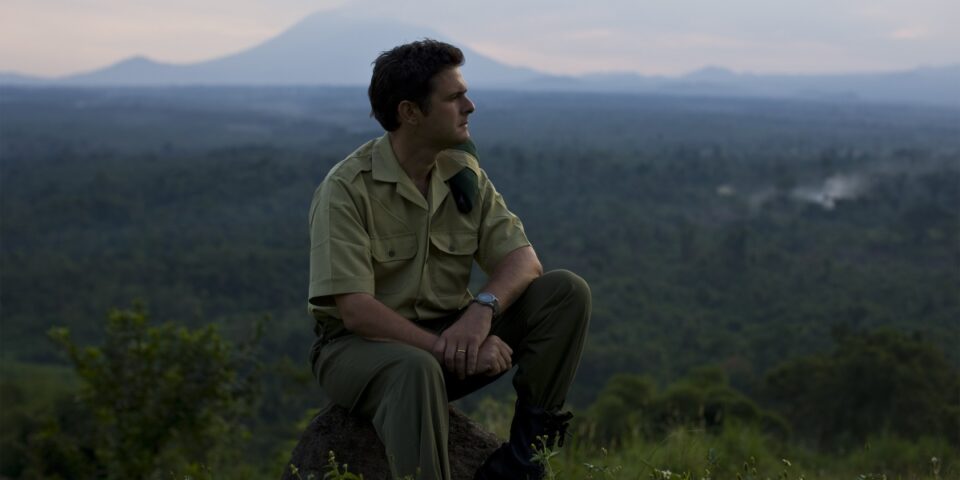 In eastern Congo, a guard carrying a heavy AK-47 is a rare authority figure in a largely lawless region—a ranger who usually patrols Virunga National Park, a place famous for endangered mountain gorillas.

Today, though, his job is different. In Luviro, a hamlet just outside the park, he is guarding the world’s first known Bitcoin mine operated by a national park. One that runs on clean energy. It’s a gamble that’s energized many who work in and around the park—and invited skepticism from experts who wonder what crypto has to do with conservation. Read the full story.

A chip design that changes everything

Ever wonder how your smartphone connects to your Bluetooth speaker, given they were made by different companies? Well, Bluetooth is an open standard, meaning its design specifications are publicly available. Software and hardware based on open standards—Ethernet, Wi-Fi, PDF—have become household names.

Now an open standard known as RISC-V (pronounced “risk five”) could change how companies create computer chips—allowing anyone to design one, free of charge. Read why this is such a big deal for the industry—and beyond.

A chip design that changes everything is just one of our 10 Breakthrough Technologies, which we’re showcasing one-by-one in The Download every day. Take a look at the rest of the list for yourself, and we’d love to hear your thoughts on what should make our final 11th technology. Vote in our poll to make your voice heard.

Every year, our reporters and editors go back and forth over the technologies we think are worthy of inclusion in the TR10. The process always sparks lively debates, and we have to make tough calls about what to include and what to leave out. Find out which technologies didn’t make the cut this time.

Antimicrobial resistance, or AMR, is a huge problem, and it’s only getting worse. The search for new antibiotics hasn’t had much success, and the bacteria continue to spread.

People who are infected with bacteria and viruses send these bugs rushing into wastewater systems with each flush of their toilet. So over the last few years, many countries have started searching wastewater for the virus that causes covid.

These studies have helped us estimate how many people in an area have covid, and which variants might be spreading in communities. The same approach could help us understand—and potentially limit the impact of—AMR. Read the full story.

This story is from The Checkup, MIT Technology Review’s weekly biotech newsletter. Sign up to receive it in your inbox every Thursday.

2 The US is suing two crypto exchanges
Genesis and Gemini are accused of selling unregistered securities. (The Block)
+ Another exchange, Crypto.com, is slashing its workforce. (TechCrunch)

4 Why other viruses may have been suppressed during the pandemic
Partly because they can take turns to dominate a host. (Knowable Magazine)
+ People in China are traveling to Hong Kong for private covid boosters. (The Guardian)

5 Google says changed to Section 230 could “upend the internet”
The tweaks will spell an end to moderation as we know it, it claims. (WSJ $)

6 Deaths from cancer in the US have fallen significantly
Better treatment and lower smoking rates could be among the contributory factors. (CNN)

7 The gas stove debate is snowballing out of control
We know they’re bad for our health and the climate. But ban proposals sparked a major backlash that refuses to die. (Slate $)
+ Here’s everything you need to know about the ongoing debate. (Vox)
+ Welcome to the new culture wars. (Motherboard)

8 Mexico’s subway drivers have to communicate over WhatsApp
They’re forbidden from using cellphones, but conductors say they have no choice. (Rest of World)

9 The Indonesian village that’s birthing YouTube sensations
Tapen is at the heart of the country’s burgeoning YouTube scene. (Wired $)

—Karim Jovian, a Tesla investor, tells Bloomberg about how his mounting exasperation with Elon Musk is making him consider selling his shares.

El Salvador’s Conchagua Volcano, home to a lush ecotourism retreat amid its sun-dappled forest, is set to host a glittering new Bitcoin City, the country’s president announced in November 2021. A vast construction project could soon be underway.

But while some politicians and residents believe in crypto’s potential to jump-start the economy, others see history repeating itself. Some locals question who these projects are really for, and whether they will truly benefit. Read the full story.

+ If you’ve ever worried you’re not productive enough, author James Patterson’s writing habits put us all to shame.
+ The UK really loves darts—here’s why you should, too.
+ Here’s all the major albums dropping over the next 12 months to get excited about.
+ If you’re still looking to dispose of your Christmas tree, why not eat it?
+ A cringey plot synopsis of the new Scooby Doo spinoff Velma has gone viral for all the wrong reasons.

Here are the countries and companies dominating Davos