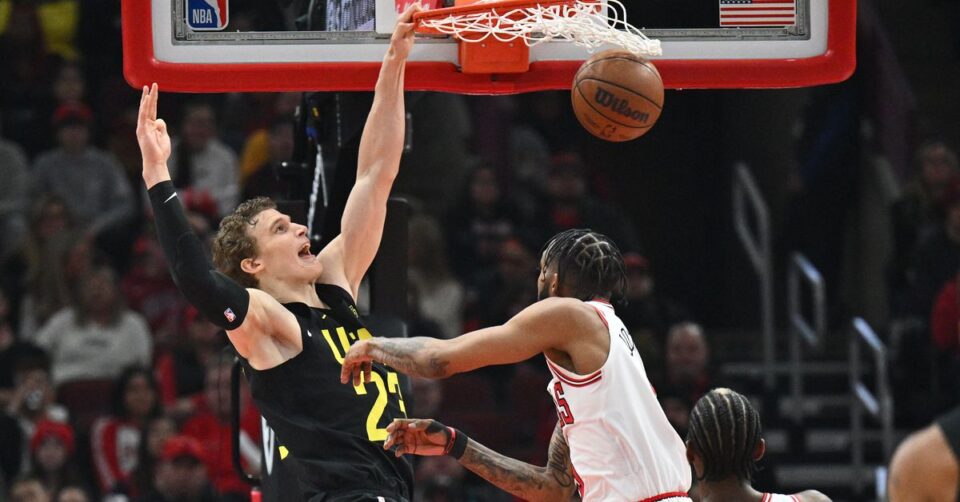 As this season has progressed, the NBA has continued to show that it remains as talent-laden as ever, as new stars seem to be emerging out of the woodwork with each passing day.

With so much young talent within our ranks and the NBA All-Star game only a month away, we thought it wise to rank the five players most likely to earn their first-ever All-Star nomination.

5. Anthony Edwards
After a slow start to the season for the former No. 1 overall pick, it has been Anthony Edwards who has helped keep the Minnesota Timberwolves afloat offensively in the absence of Karl-Anthony Towns.

Since Towns went down in late November, Edwards has been averaging 24.9 PPG (24th in NBA) on 56.5% True Shooting, and has taken a notable playmaking leap.

Another aspect working in Edwards’ favor is that – in the era of load management – he has appeared in all 45 of his team’s games so far.

In his first season with the Utah Jazz, Markkanen has emerged as both one of the league’s most voluminous scorers and its most efficient. So far, he’s in the 94th percentile in volume (34.5 points per 100) and the 95th in efficiency (66.3% True Shooting).

As a team, the Jazz are 12.1 points better per 100 possessions (95th percentile) when Markkanen is on the floor (per Cleaning the Glass).

You know what they say, All-Stars usually make their teams better! Lauri has done that, and should receive his first nod as a result.

3. De’Aaron Fox
The Sacramento Kings look primed to snap the longest active playoff drought in professional sports, and the leap taken by one De’Aaron Fox is a big reason why.

Every top-tier team needs a closer, and Fox has morphed into one of the best in basketball this year. Among players with at least 15 clutch games played, Fox sits at second in points per game (5.0), only trailing the notorious crunchtime killer, DeMar DeRozan (5.2).

However, Fox does have him beat in efficiency, as his True Shooting percentage is seven points higher (68.3%) than DeRozan’s (61.3%).

On top of all his late-game heroics, Fox is having the most efficient season of his career from the rim, the free-throw line, and the midrange (per Dunks and Threes).

2. Tyrese Haliburton
Fox’s former teammate, Tyrese Haliburton, has also leveled up in Year Three, transforming himself into a modern-day Midwest Magic Johnson and, in the process, taking the Indiana Pacers from projected bottom-feeders to a potential top-6 team in the loaded Eastern Conference.

He’s just been that good.

The Oklahoma City Thunder — an otherwise rag-tag group that lost their No. 2 overall draft pick before the season even began — are currently 1.5 games out from the sixth seed in the Western Conference.

And considering that there are 24 All-Star spots to be awarded, that’s a pretty solid indicator he’ll be playing basketball during the league’s mid-winter classic.