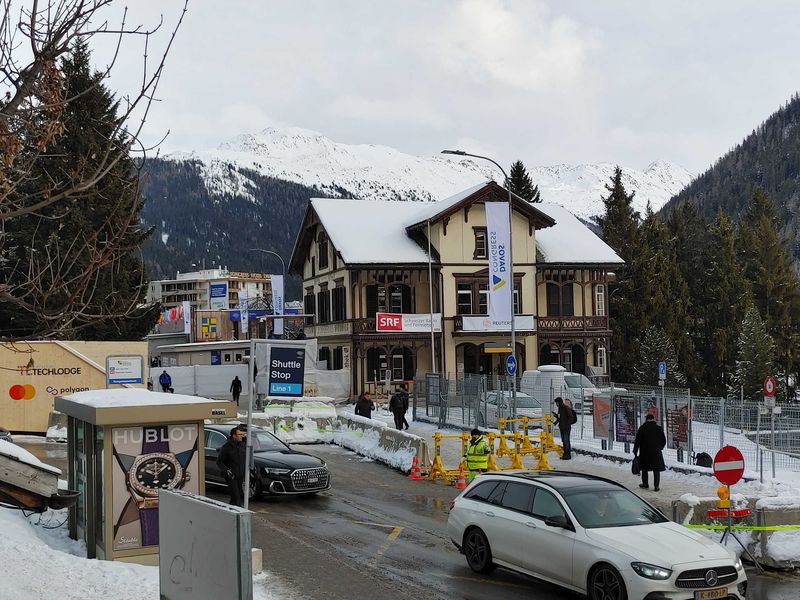 Join the most important conversation in crypto and Web3 taking place in Austin, Texas, April 26-28.

Join the most important conversation in crypto and Web3 taking place in Austin, Texas, April 26-28.

From propping up climate solutions and delivering humanitarian aid to Ukraine to moving on from the stunning collapse of FTX, the second day of the World Economic Forum’s 2023 annual conference saw discussions very much focused on the promise of the technology underlying cryptocurrencies, rather than the often-speculative financial assets themselves.

The day began with a panel from traditional finance players attempting to draw a line under the FTX scandal – to note that, even if it’s a crisis for the cryptocurrency industry, it’s not a crisis for other tools built on distributed ledger technology.

Despite the crypto crash, “the underlying tech has performed perfectly,” Schulman said. “The promise of a distributed ledger is that it can be faster and cheaper, to settle transactions simultaneously with no middlemen. That’s an important thing.”

Importantly, unlike previous waves of “blockchain, not bitcoin,” which mostly referred to permissioned blockchains, Tuesday’s conversations were OK with public ledgers such as Ethereum and the Stellar network.

“There is a way now that some of the technologies have been adopted and used to really make processes much more efficient,” Martin said.

That promise of wider blockchain applications was later echoed by former Indian central bank Governor Raghuram Rajan. But ultimately traditional finance’s commitment to the sector may have its limits: When asked, Schulman, Martin and State Street’s Ronald O’Hanley all said the tech they were most excited about was artificial intelligence, not blockchain.

Just across the street from the forum’s main congress center, in a historic church transformed into a neon hub for hosting discussions about the future, Carmen Hutt, treasurer for the United Nations High Commissioner for Refugees, detailed such an application – a recently launched blockchain payment product for distributing humanitarian aid in Ukraine.

The pilot project, which was rolled out in December with blockchain platform Stellar, is at a far more advanced stage than one would expect, Hutt explained during a panel discussion moderated by CoinDesk chief content officer Michael Casey. Putting donations on the blockchain promises “transparency and visibility,” and the Commission has a platform ready to deploy aid instantly, Hutt said.

“That’s an amazing proposition. … If we were to get 500 million (dollars) to deploy, we can actually do that today. So this is not a process that will take weeks and months,” Hutt said. (Later that day, Ukraine’s deputy prime minister lauded virtual currency’s contribution to the war effort.)

Further down the famed promenade, big industry names from Solana and Ripple to the Global Blockchain Business Council banded together to launch a climate initiative that channels blockchain’s transparent record-keeping to help improve carbon emissions and credit tracking.

Although regulators have so far largely focused on the threat of crypto contagion to financial stability, the trail of bankruptcies last year that wiped out billions of dollars in retail investments – most notably that of Sam Bankman-Fried’s FTX – may have highlighted a need for a shift in their focus.

For the traditional finance panel’s lone banker, the events of 2022 must make regulators stop obsessing about lenders bringing down the entire financial system, and more toward the risk of individual consumers getting ripped off by crypto scams.

“It’s not that the regulators have ignored [financial innovations]. They’ve said if it’s not going to create systemic risk then I’m not going to focus on it,” said Ronald O’Hanley, chairman and chief executive officer of State Street.

“FTX happened, somewhere between 2 and 3 trillion [dollars] of value was destroyed … a million investors or participants that were harmed,” he said. “There needs to be a change in regulatory mindset.”

That idea that regulators – including in the U.K., which is currently considering how to regulate crypto under its Financial Services and Markets Bill – might swerve in their focus was picked up at a separate panel hosted by stablecoin company Circle.

“There’s a real real emphasis on consumer protection this year,” said Isabella Chase, senior policy adviser at TRM Labs. “Unfortunately, the U.K. is a real hub for frauds and scams, and governments are really aware of this because it’s a real human cost for them.”

Ministers at the Treasury in London are due to issue a consultation on crypto laws imminently. The U.K. regulator has already said investors need clear, prominent warnings when they buy crypto. Lawmakers, worried about the impact on customers that may include their voters, may now be swayed by the collapse of FTX into being even stronger.

Other panelists worried that regulators might start to take too much of a broad brush approach to regulating the sector – unlike that taken by the European Union, which distinguishes among financial instruments, stablecoins, non-fungible tokens and others using similar tech.

“Frankly, the Europeans are doing the best of anybody right now,” said Lee Schneider, general counsel for Ava Labs, saying that in contrast jurisdictions such as Singapore, Japan or Hong Kong were “just sort of saying all crypto assets are one homogeneous asset class.”

“Everybody knows that’s not true, but everybody’s ignoring it at their peril,” said Schneider.

Sign up for State of Crypto, our weekly newsletter examining the intersection of cryptocurrency and government

Please note that our

do not sell my personal information

The leader in news and information on cryptocurrency, digital assets and the future of money, CoinDesk is a media outlet that strives for the highest journalistic standards and abides by a

CoinDesk is an independent operating subsidiary of

As part of their compensation, certain CoinDesk employees, including editorial employees, may receive exposure to DCG equity in the form of

which vest over a multi-year period. CoinDesk journalists are not allowed to purchase stock outright in DCG

Learn more about Consensus 2023, CoinDesk’s longest-running and most influential event that brings together all sides of crypto, blockchain and Web3. Head to consensus.coindesk.com to register and buy your pass now.

Connect Your Sustainability Goals to Your Business Performance