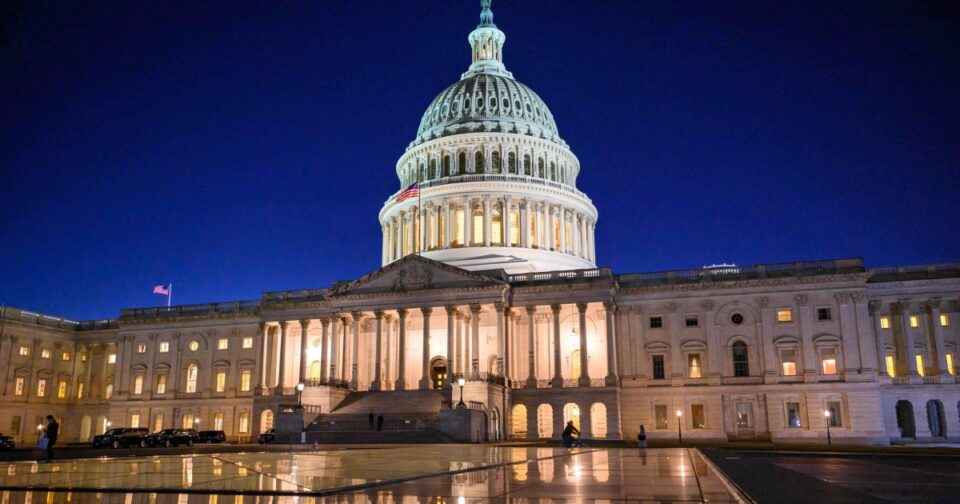 WASHINGTON — The U.S. government hit its statutory debt limit on Thursday and the Treasury Department said it has begun resorting to “extraordinary measures” to pay the bills.

In a letter to congressional leaders Thursday, Treasury Secretary Janet Yellen said those special financial tools to meet the country’s obligations can continue until at least Monday, June 5. After they expire, Congress will need to act to prevent default.

Yellen said in the letter that “the period of time that extraordinary measures may last is subject to considerable uncertainty, including the challenge of forecasting the payments and receipts of the U.S. Government months into the future. I respectfully urge Congress to act promptly to protect the full faith and credit of the United States.”

McCarthy, R-Calif., said a debt limit increase with no strings attached was “totally off the table,” adding that federal retirement programs should be curtailed to save them from bankruptcy. “Let’s sit down and find a place that we can protect Medicare and Social Security for the future generations. Let’s put our house in order.”

“Instead of attacking his political opponents, President Biden should be spending this time working with House Republicans to address the debt ceiling in a way that imposes some fiscal sanity. Otherwise, the President is simply scheduling America’s next debt crisis,” said Smith, whose committee oversees taxes and safety net spending.

But the White House has made clear what President Joe Biden’s offer to lift the debt ceiling is: nothing.

“We should be dealing with the debt ceiling without — without conditions. It is important. We’re not going to negotiate on this,” White House press secretary Karine Jean-Pierre told reporters.

“This is just another attempt by congressional Republicans to force unpopular cuts on programs critical to seniors, the middle class and working families. Congress needs to act and do so quickly. There is no excuse for political brinkmanship,” she said on Tuesday, dismissing the idea that the federal government can breach the debt limit and decide which bills to pay.

McCarthy hasn’t specified a list of demands to attach to a debt limit hike. He would need a majority of the House to pass such a measure and put pressure on the Senate and White House to negotiate. It’s not clear what, if anything, McCarthy has the votes to pass.

Democrats seized on McCarthy’s remarks, along with those of House conservatives who say retirement spending should be curtailed.

“It’s almost silliness for Republicans in the House to be putting Medicare and Social Security on the table as a condition for lifting the debt ceiling,” she said. “Hopefully, there will be agreement that we reach in a responsible way to lift the debt ceiling.”

Still, any legislation to raise the debt ceiling would have to pass the Senate, which Democrats control with 51 votes, and where 60 votes are needed to break a filibuster.

“Republicans won a majority in the House and they’re allowed to advocate for their priorities, but it is unacceptable to take American families and the economy hostage in this way,” he said. “Democrats will not entertain these threats from Republicans, particularly to Medicare and Social Security. Republicans must stand down on the debt limit immediately.”

Some House GOP hard-liners say the borrowing limit should not be raised at all.

“We cannot raise the debt ceiling,” Rep. Andy Biggs, R-Ariz., said Tuesday on Twitter. “Democrats have carelessly spent our taxpayer money and devalued our currency. They’ve made their bed, so they must lie in it.”

The White House took aim at Biggs’ tweet on Wednesday.

“Rep. Biggs is dead wrong to actively support the ruin of millions of American livelihoods, 401k plans, and small businesses, all in the name of scorched earth partisanship,” White House spokesperson Andrew Bates said. “Default would needlessly plunge the country into economic chaos, collapse, and catastrophe while giving our competitors like China an historic boost against us.”

Chinese hospitals creak under the strain of a huge Covid outbreak