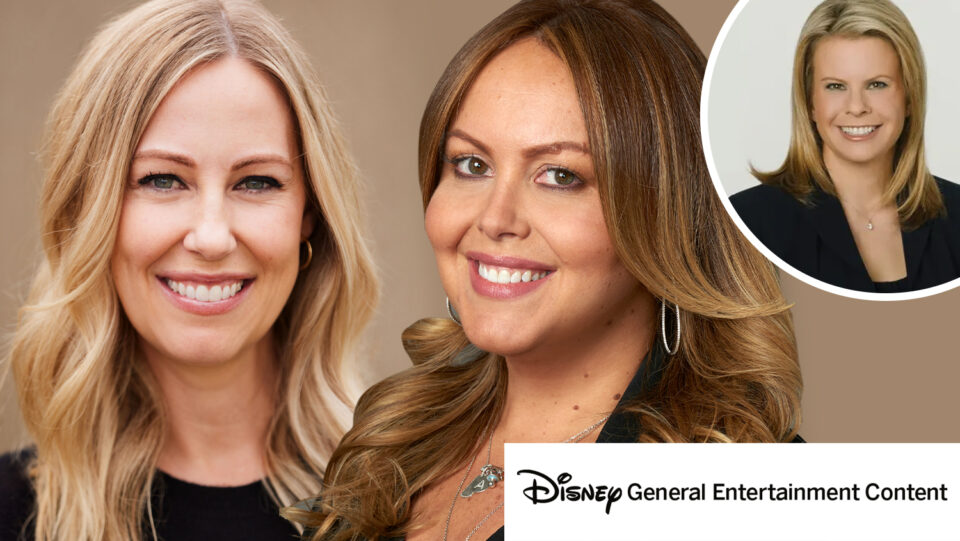 Dana Walden, chairman, Disney General Entertainment Content, has restructured another area of the division she took over last summer, bringing back together publicity and communications years after they had been split. She laid out the changes in the company memo, which you can read at the bottom of the story.

Charissa Gilmore, a Disney veteran of more than 30 years who most recently served as SVP of Corporate Communications for Disney General Entertainment, will be leaving as her position is being eliminated.

In her new post, Bulochnikov-Paul will oversee all external and internal communications for DGE and serve as its main spokesperson while also continuing to lead publicity for ABC Entertainment, ABC News, Freeform and Onyx Collective. She will be joining Walden’s leadership team and reporting to Shannon Ryan, President of Marketing, Disney General Entertainment, for publicity, and to Kristina Schake, Senior EVP and Chief Communications Officer, The Walt Disney Company, for communications.

Disney TV Studios is still in the process of hiring a new Head of Communications, succeeding Chris Alexander, a position that now will report to Ashton.

She had been in the role for awhile prior to the title bump, overseeing external and internal corporate communications strategies and execution across DGE’s portfolio of content brands including 20th Television, ABC Entertainment, ABC News, ABC Signature, Disney Branded Television, Freeform, FX, Hulu Originals, National Geographic and Onyx Collective.

Gilmore also served as VP, Digital Media for Disney|ABC Television, overseeing program management, product strategy and marketing for the division’s suite of streaming apps. Prior to that, she was chief of staff for Anne Sweeney, then co-chair, Disney Media Network, and president, Disney|ABC Television Group, managing day-to-day operations and spearheading strategic initiatives for the group. She started at The Walt Disney Company in the marketing team at Buena Vista International Television, overseeing publicity, promotions and synergy for film and television international distribution.

Bulochnikov-Paul has been rising fast through the ranks at Disney. Prior to today’s promotion, as EVP, Publicity for ABC & General Entertainment, she oversaw publicity campaigns for all scripted and unscripted content across ABC Entertainment, ABC News, Disney Television Studios, Freeform and Onyx Collective.

She joined Freeform two years earlier, on the heels of the company’s rebrand from ABC Family, and quickly made a name for herself with her work on the first-ever Freeform Summit. She left for a brief stint at Netflix as director of original series publicity before returning to Freeform.

Bulochnikov-Paul also has served as VP, media and talent relations for Crackle and director of corporate communications & program publicity for Current TV. She began her career in communications at MTV Networks.

Ashton joined Hulu in 2016 and was elevated to oversee the Publicity department two years later. Since then, the Talent Relations and Events teams have folded under her purview.

Prior to Hulu, Ashton spearheaded publicity efforts at ABC Entertainment across the network and ABC Studios. Like Bulochnikov-Paul, Ashton also began her career at MTV Networks.

I wanted to share some news. After more than 30 years of service across multiple brands, and in support of numerous grateful executives like myself, Charissa Gilmore will be leaving the company. We are so thankful to Charissa for her dedication, her many contributions, as well as her steady hand that helped navigate our teams over the years.

Effective immediately, Naomi Bulochnikov-Paul, who has worked closely with so many of you, will be expanding her purview in the newly created role of Executive Vice President, Publicity, and Head of Communications for Disney General Entertainment. In this position, Naomi will oversee all external and internal communications for DGE and serve as its main spokesperson. She will also continue to lead publicity for ABC Entertainment, ABC News, Freeform and Onyx Collective. She will be joining my leadership team and reporting to Shannon Ryan for publicity and Kristina Schake for communications.

Naomi is a respected communications leader and sharp strategist who has built strong relationships with press, talent and executives. She has an incredible track record and her commitment to excellence will serve us well during this exciting and pivotal moment in our Company, and in the years ahead.

In light of this news, Candice Ashton, currently SVP, Publicity, Events and Talent Relations for Hulu Originals, will now assume oversight of the Disney Television Studios publicity team. Candice has established herself as a thought leader at Hulu Originals, where she has overseen publicity campaigns for some of our most successful shows and helped position Hulu as a top streaming platform. Her expertise and creativity are valued by her team and will be a perfect fit for Disney Television Studios.

Please join me in wishing Charissa the very best as she embarks on her next chapter and in congratulating Naomi and Candice.

Janelle Monáe Says Her Pre-Fame ‘Dream’ Was To Afford An Apartment & Car: ‘If I Can Have 500 Fans, That’s It’