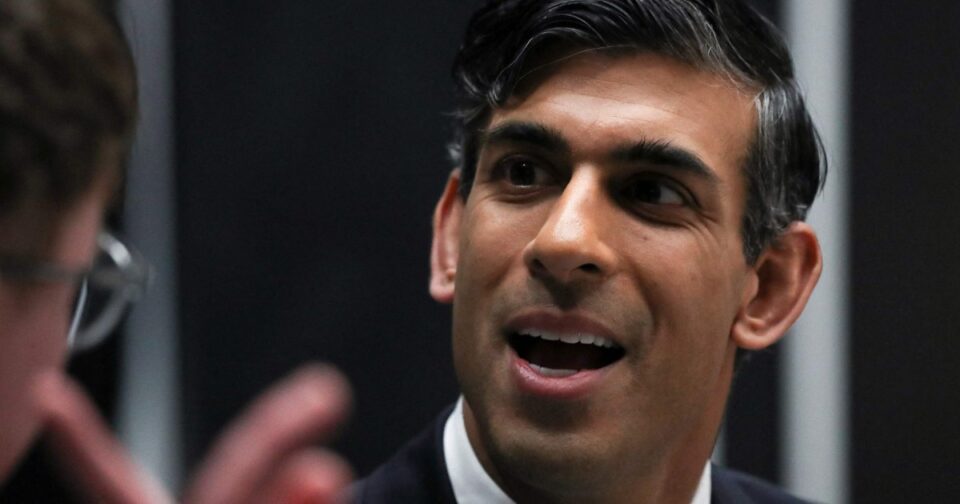 LONDON — Britain’s Prime Minister Rishi Sunak was fined by police Friday, for failing to wear a seatbelt whilst filming a clip for social media in a moving vehicle.

Sunak became only the second prime minister in history to be hit with a police fine while in the U.K.’s top job after his predecessor Boris Johnson, who was given a fixed penalty notice after it emerged that he had flouted England’s Covid restriction rules during the “partygate” scandal.

It is also the second fixed penalty notice Sunak has received in less a year. He also paid £50 ($62) when he was serving as finance minister for attending a gathering to celebrate Johnson’s birthday in breach of lockdown rules.

It was one of several lawbreaking social events that took place in his home at No. 10 Downing St at a time when members of the public were prevented from seeing family and friends at risk of criminal prosecution.

Filmed in the backseat of car, Sunak uploaded the video to Instagram on Thursday during a visit to Lancashire in the north-west of England, where he was raising awareness of government schemes to boost local investment.

His lack of seatbelt was quickly spotted by eagle-eyed viewers and Lancashire Constabulary said Friday it was fining Sunak.

The force did not say how much the fine was but in the U.K., a person can be fined up to £500 ($619) if they fail to wear a seatbelt unless there is an exception, such as for emergency services, in a taxi, or if a driver is reversing.

A spokesperson for Sunak described this as a “a brief error of judgment,” according to Reuters. “He fully accepts this was a mistake and apologises,” they told reporters.

Cat Smith, a member of parliament with the U.K.’s main opposition Labour Party whose seat is in Lancashire, thanked police on Twitter for “road safety campaigning all year round” and “also, reminding us that no one is above the law.”

The Labour Party’s Deputy Leader Angela Rayner was less forgiving, tweeting Friday that Sunak, who pledged “integrity, professionalism and accountability at every level,” when he took office in October, was a “liability.”

The fine caps a difficult week for the prime minister who this week faced criticism for traveling across the U.K. on army jets instead of using public transportation.

However, members of Sunak’s Conservative Party have defended their leader after his brush with the law.

“Of course it shouldn’t have happened,” Deputy Prime Minister Dominic Raab told British broadcaster Sky News Saturday. “But I think, with these things, what people expect most of all is, you know, the individual concerned, whoever it may be, put their hand up, be honest about it, accept the mistake, pay the fine.” (Sky News is owned by Comcast, the parent company of NBC News.)

“I don’t think it’s something which would result in his resignation,” Raab added.