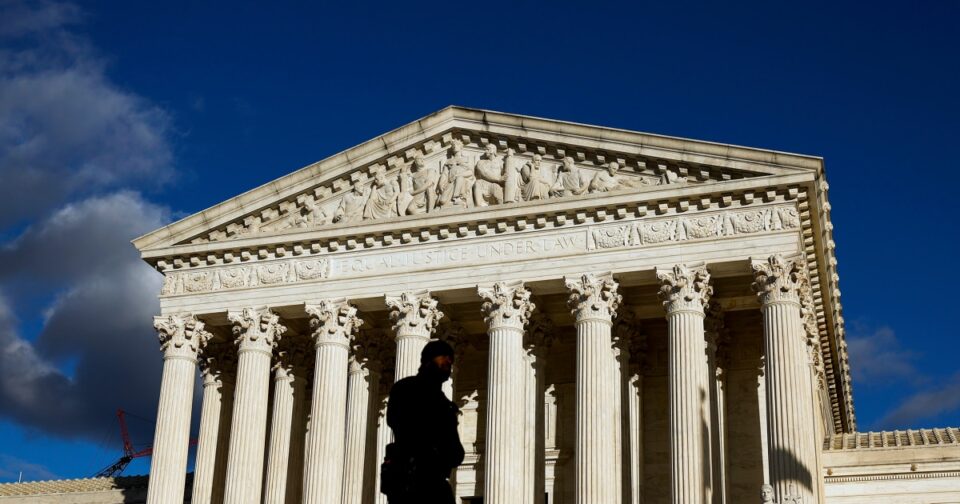 WASHINGTON — The Supreme Court on Monday belatedly issued the first ruling of its nine-month term that started in October, more than a month behind its normal schedule.

For the first time since the Covid pandemic broke out in March 2020, the justices held a formal session to deliver rulings, with Barrett reading a summary of her 11-page decision from the bench.

“This is not a case in which competing interpretations are equally plausible; it is one in which Congress’ choice is evident,” she wrote in concluding that Arellano’s benefits, which he started receiving in 2011, could not be backdated to the day after his discharge in 1981.

Only five of the nine justices were in the court. Justices Brett Kavanaugh, Neil Gorsuch, Samuel Alito and Elena Kagan were all absent. The court did not give reasons for the absences although pre-pandemic it was not unusual for all the justices to be in court on days when rulings were issued but oral arguments not held.

With the court term running from October to June, the first opinions are usually released in November or December. They are generally on low-key, uncontroversial cases like the Arellano case in which the justices are unanimous. They are frequently just a few pages long.

The court’s most contentious cases, in which the justices are divided on ideological lines and trading barbs through their written opinions, are usually not released until the end of June.

Adam Feldman, who tracks Supreme Court statistics, found that this term is the first since 1917 that the court had not released a ruling by the beginning of December.

Many reasons were offered, including that the court had fewer cases than normal and an increasing number of consequential decisions in emergency applications in what has been dubbed the “shadow docket.” Those cases are usually resolved without oral argument and sometimes without a written opinion.

This term has also been front-loaded with headline-grabbing cases, including a conservative bid to end the consideration of race in college admissions and a case that could further weaken the landmark Voting Rights Act.

The justices may also have been affected by the investigation into the leak last year of a draft of an opinion showing the court was likely to overturn the landmark Roe v. Wade abortion rights. On Thursday, the court announced that the leaker had not been identified and that it is implementing new measures to improve internal security.

The report into the investigation detailed that dozens of court employees have access to draft opinions as they are circulated through the building for justices and their staff to review and amend before they are released to the public.

After the leak, Justice Clarence Thomas said in public remarks reported by The Washington Post that it had undermined trust among the justices.