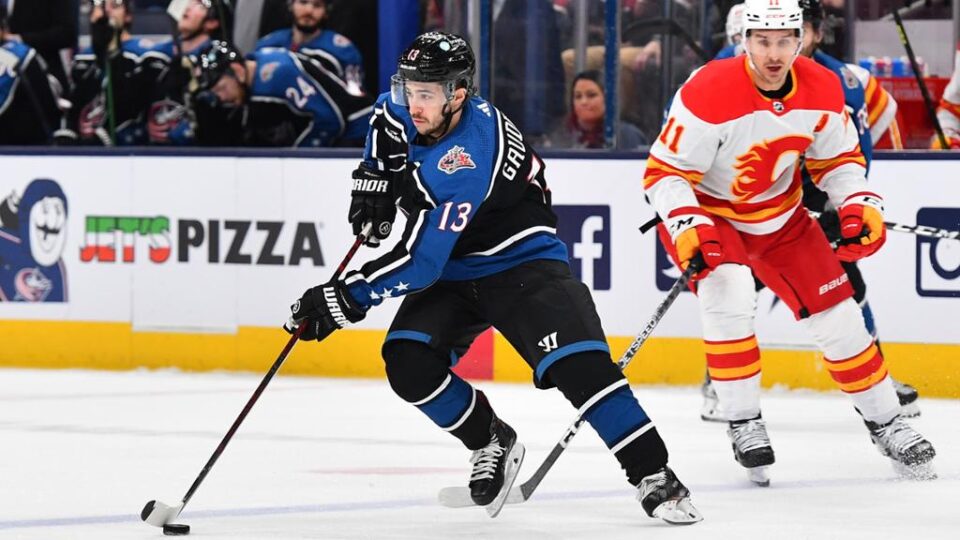 Johnny Gaudreau has braced himself for what could be a mixed reaction in his first trip to Scotiabank Saddledome as an opponent when the Columbus Blue Jackets visit the Calgary Flames on Monday (9:30 p.m., ESPN+, Hulu, SN1, SNW, TVAS).

“Sports is awesome,” Gaudreau said Friday. “It brings people together and I got to play there for 10 years, nine years, and I had some great memories and they’re probably a little upset that I’m not there anymore. I get it.

“They love their team and that’s why I loved playing there so much and I loved being part of that organization for 12, 13 years. It’s going to be fun going back.”

The 29-year-old forward was selected by the Flames in the fourth round (No. 104) of the 2011 NHL Draft and played his first nine seasons in Calgary before informing the team on July 12 that he would test free agency, expressing a desire to be closer to his family in New Jersey. The next day, when the signing period began, he surprisingly agreed to a seven-year, $68.25 million contract ($9.75 million average annual value) with the Blue Jackets.

“They loved him,” said defenseman Erik Gudbranson, who played with the Flames last season before also signing with the Blue Jackets on July 13. “He played hard and did a lot of really good things. I only saw him for a year, but that year, every time he touched the puck it was like they’re on the end of their seat waiting for something to happen, and a lot of the time he made something happen, so I think they have a great respect for him.”

Gaudreau leads the Blue Jackets with 44 points (13 goals, 31 assists) in 46 games and will represent Columbus at the 2023 Honda All-Star Weekend at FLA Live Arena in Sunrise, Florida, on Feb. 3-4.

“I’m sure there’ll be some boos (Monday), I’m assuming fans being [ticked],” Blue Jackets forward Gustav Nyquist said. “But we’re happy that we have him, so we got the good on the end of the deal. Hopefully we can get a win for him there. It would mean a lot for him.”

Although the Blue Jackets (14-30-2) are in last place in the NHL, Gaudreau has repeatedly said he has no regrets with his decision. He and his wife, Meredith, had their first child, a daughter named Noa, in October, and Gaudreau’s new locale has allowed for constant visits from his parents as well as Meredith’s family, who are from Michigan.

“It’s been a rough year, we get it, and we’ve been through ups and downs, a lot of injuries and stuff,” Gaudreau said. “I’m just excited to go back there and play in the dome again. It’ll be a lot of fun, but whether we’re in first place or last place, it doesn’t really matter. It’s going to be special night.”

Even with the expectation of some jeers on Monday, Gaudreau said he is looking forward to the return while also ready to move past it.

“I know a lot of people in that city and a lot of people in the whole organization, not just management,” he said. “You’ve got trainers and equipment staff, media relations, people around the rink, Zamboni drivers. Familiar faces, and it will be great to see them, say hi to them.

“It would have been nice to just do it in October, November, but that’s all right. It’s given me an opportunity to play with these guys, get to know this organization here.”