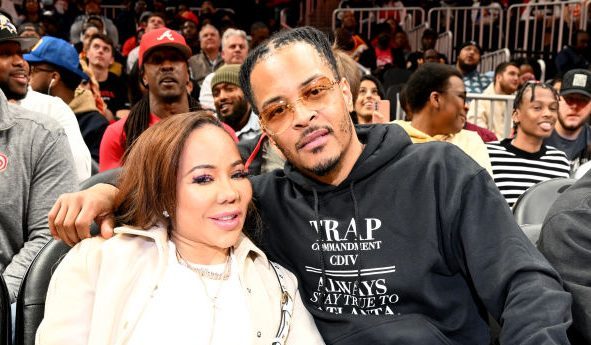 A federal judge has issued a “key victory” in T.I. and Tiny Harris’ civil trial against MGA Entertainment. As reported by Rolling Stone, the trial will exclude the use of “virginity tests” initiated by the rapper on his daughter Deyjah Harris.

T.I. and Tiny want “economic justice” after a toy company made “millions of dollars” off a line of dolls allegedly inspired by the OMG Girlz group the couple launched in 2009 https://t.co/5113ccm7YX

According to the outlet, MGA Entertainment filed a motion Thursday night. And “sought the court’s permission to show jurors” clips of “the family strife” that ensued after T.I. revealed that he took his daughter to the gynecologist to confirm that her hymen was still intact. The moments were recorded on the couple’s VH1 reality show T.I. & Tiny: Friends & Family Hustle.

T.I. shares that he goes to the gynecologist every year with daughter Deyjah to ensure her hymen is still intact 😳https://t.co/VSjnDd9S1S pic.twitter.com/IPZsHz8dSW

At the time, the rapper received major backlash from viewers. And he later explained that he was “joking,” adding that his comments were “misconstrued” by viewers.

The judge also ruled that the trial will exclude other evidence from the rapper’s personal life. This includes his “cannabis use.”

Opposing counsel has been able to play video after video after video, not only of the OMG Girlz, but also the entire family looking good, looking like the all-American family, and there are so many videos out there on social media, so many reasons that MGA would not like to make a doll line off these folks, that it’s just creating a misimpression for the jury.

U.S. District Court Judge James V. Selna denied the motion. And explained that the clips were aired after the L.O.L Surprise OMG dolls were launched. And added that videos of T.I.’s cannabis use would be “not relevant to any issue in this case.”

Selna’s latest decision comes after he “previously excluded evidence about T.I.’s criminal history.” According to Rolling Stone, the judge “wanted to avoid any ‘sliming’ of the parties involved in the civil case.”

More About The Harris’ Case Against MGA Entertainment

According to the outlet, the couple hasn’t put a figure amount on the monetary amount they are seeking. But they have explained that MGA has made “millions” from stealing the OMG Girlz “name, image & trade dress.”

Coming soon to the federal courthouse in Santa Ana, California: Rapper T.I. and his wife, Tameka “Tiny” Harris, are going to trial to defend the intellectual property rights of the former girl rap group OMG Girlz in a lawsuit with toymaker MGA Entertainment. pic.twitter.com/5yTN39AXHA

Tiny Harris took the stand on Thursday and shared her thoughts regarding the similarities between the girl group and the dolls.

This doll is too familiar. The outfit for me is a big, big deal. I wouldn’t be here if it wasn’t the OMG brand, all the different coincidences, the outfit we created. This particular outfit was designed, created, handmade, if you will, for the girls’ tour… I’m merely stating that this brand was ripped off.

This case is about greed. That’s what it’s about. It’s a shakedown.

T.I. is expected to take the stand sometime this week, as reported by Rolling Stone.